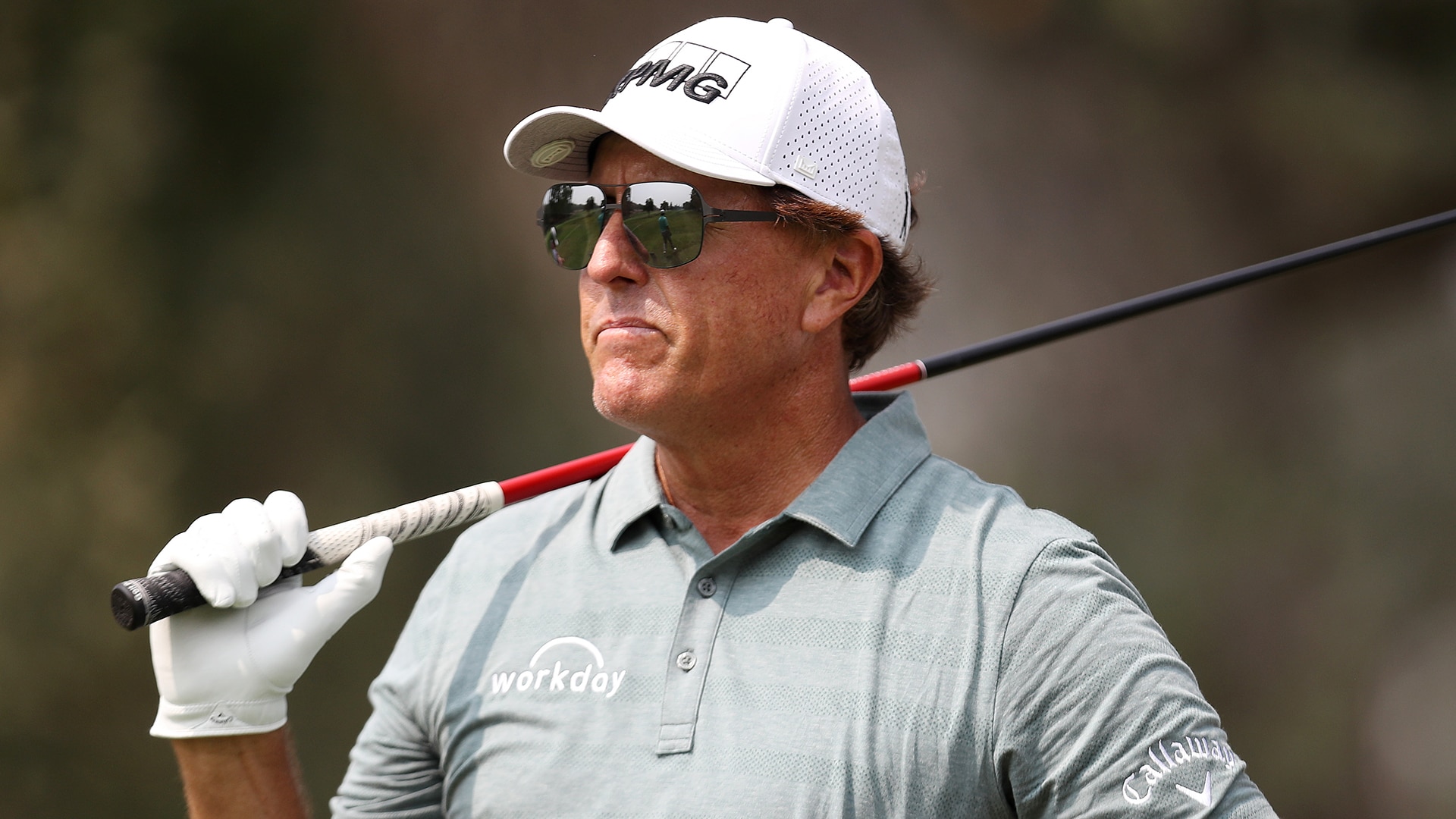 Phil Mickelson has a chance to do something Sunday that he hasn’t done in 16 years.

After carding his second straight bogey-free round, a 2-under 70 Saturday at the Safeway Open, Mickelson has now gone 42 consecutive holes without making a bogey or worse. According to the PGA Tour, Mickelson’s career-best bogey-free streak during the ShotLink era is 49 holes, which came at the 2004 Open Championship.

So, with the U.S. Open on the horizon, surely Mickelson is feeling good about his game, right? Actually, it’s quite the opposite.

“This is the worst I've played in the last three months,” Mickelson said Saturday afternoon at Silverado Resort and Spa in Napa, California.

“It's deceptive because I didn't make a bogey, but I didn't drive it well, I didn't chip it well and I didn't putt well,” Mickelson said. “I turned a 64 into a 70 and I've got some work to do. But heading into this week or the last three, four weeks, I was playing really well, so hopefully it's not far away.”

Mickelson is coming off a victory last month in his PGA Tour Champions debut. Prior to that he missed a cut at the playoff opener, The Northern Trust, and tied for 71st at the PGA Championship, a week after he shared second at the WGC-FedEx St. Jude Invitational.

At 50 years old, Mickelson will return to Winged Foot next week for the first time since 2006, when he double-bogeyed the 72nd hole to lose by a shot. When he arrives, he not only hopes to have gone 60 holes without a bogey but also be feeling better about his game.

"I'm not discouraged because I'm fresh … I'm not worn out, so I can put in the time and the effort and the work to hopefully get it fixed,” Mickelson said. “Scoring, getting the ball in the hole, hitting the shots, playing a good final round. You know, there's some tough pins and to play smart, shape shots into there, make some putts, see if I can shoot something in the low 60s and get some momentum for next week.”