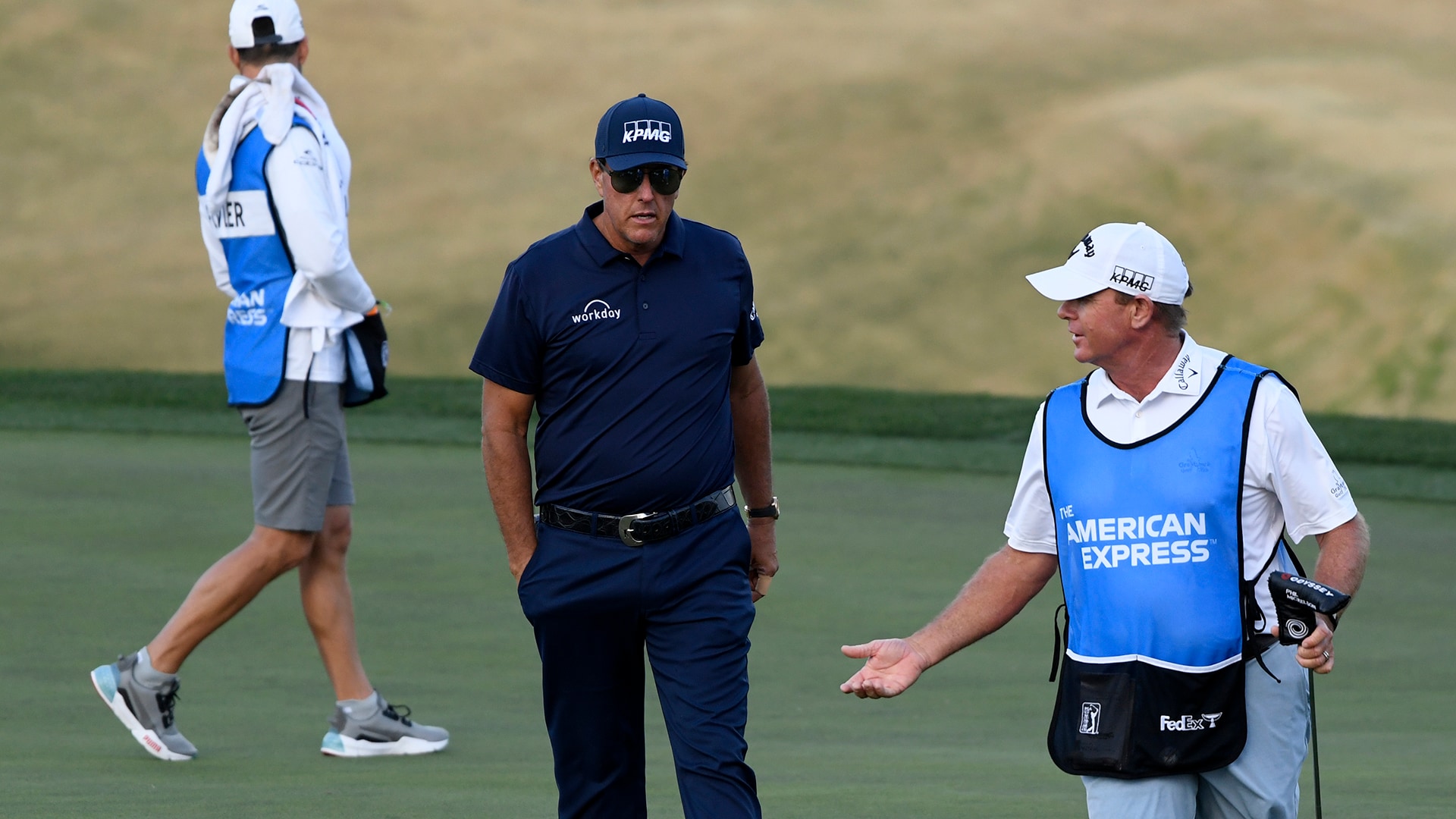 LA QUINTA, Calif. – Phil Mickelson may have missed the cut at The American Express, but he won the soundbite competition.

When informed that Friday’s even-par 72 was the first time in his 29-year PGA Tour career he made 18 consecutive pars in a round, Lefty deadpanned: “Which is surprising because I really try to hit fairways and center of the greens and just make easy pars and for that to be the first time it's really shocking.”

Statistically, it was an un-Phil-like round, including 10 of 14 fairways and 13 of 18 greens in regulation, but he struggled on the greens. He needed 30 putts on Friday and finished 123rd in strokes gained: putting for the week.

“There's a lot of good things to take from it, the way I'm driving the ball, my iron play. There's a lot of positives,” said Mickelson, who struggled to a first-round 74 on the Nicklaus Tournament Course. “But if you look at the scorecard, it's pathetic. I'm not denying that. But I think that it's a little bit closer than it looks.”

A two-time winner in Palm Springs who finished runner-up in 2019, Mickelson became the tournament host in 2020 and has missed the cut the last two years at PGA West.