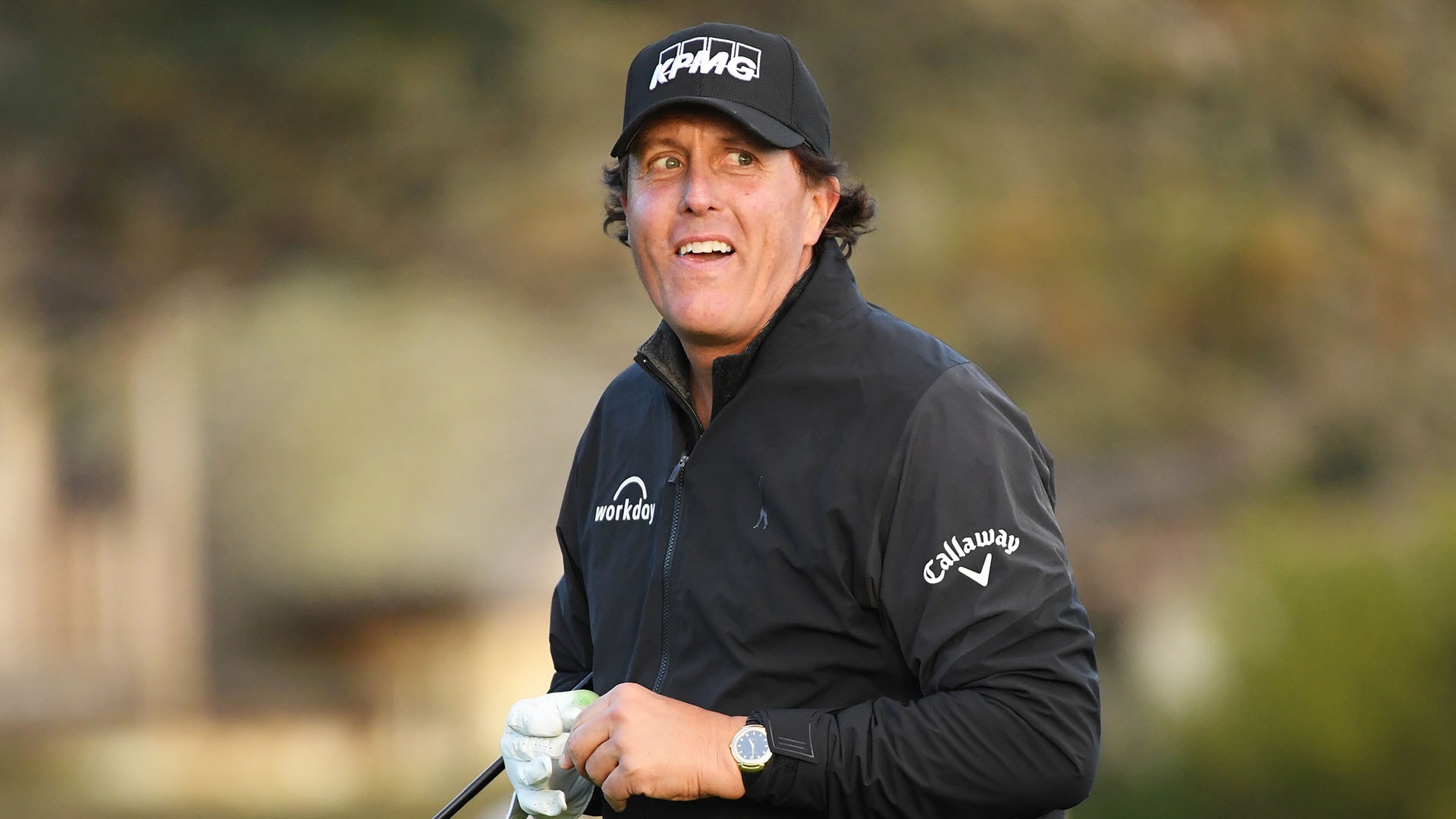 It took an extra day, but Phil Mickelson got the job done at the AT&T Pebble Beach Pro-Am.

With the final round suspended Sunday night because of darkness, Mickelson and Paul Casey returned to Pebble Beach Monday morning to complete the final two-plus holes with Mickelson ahead by three shots. After Casey rolled in a short par putt on the 16th green upon resumption of play, both men parred the par-3 17th to afford Mickelson an easy stroll up one of the most scenic fairways in golf.

A birdie on the 18th gave him a bogey-free, 7-under 65 in the final round and sealed a three-shot victory.

"It's been a very special week. This is a special place for me," said Mickelson, whose grandfather, Al Santos, was one of Pebble Beach's original caddies. "Every time I get here, I have such feelings of gratitude for what this place has done for my family."

It's a fifth AT&T title for Mickelson, his first since 2012, and it ties him with Mark O'Meara for the most in tournament history. It's also the 44th win of his Tour career, as the 48-year-old has now added two wins since enduring a nearly five-year victory drought following the 2013 Open.

Casey closed with a birdie for a 1-under 71 to finish alone in second after starting the final round with a three-shot lead. Casey's 16-under total left him three behind Mickelson and one shot ahead of Scott Stallings, who completed a final-round 66 before sunset Sunday.

Both Mickelson and Casey are expected to make the short trip down the California coast to Los Angeles for this week's Genesis Open, where tournament host Tiger Woods headlines a field that will also include seven of the top 10 players in the world.