Mickelson off to hot start in Las Vegas, but can he back it up? 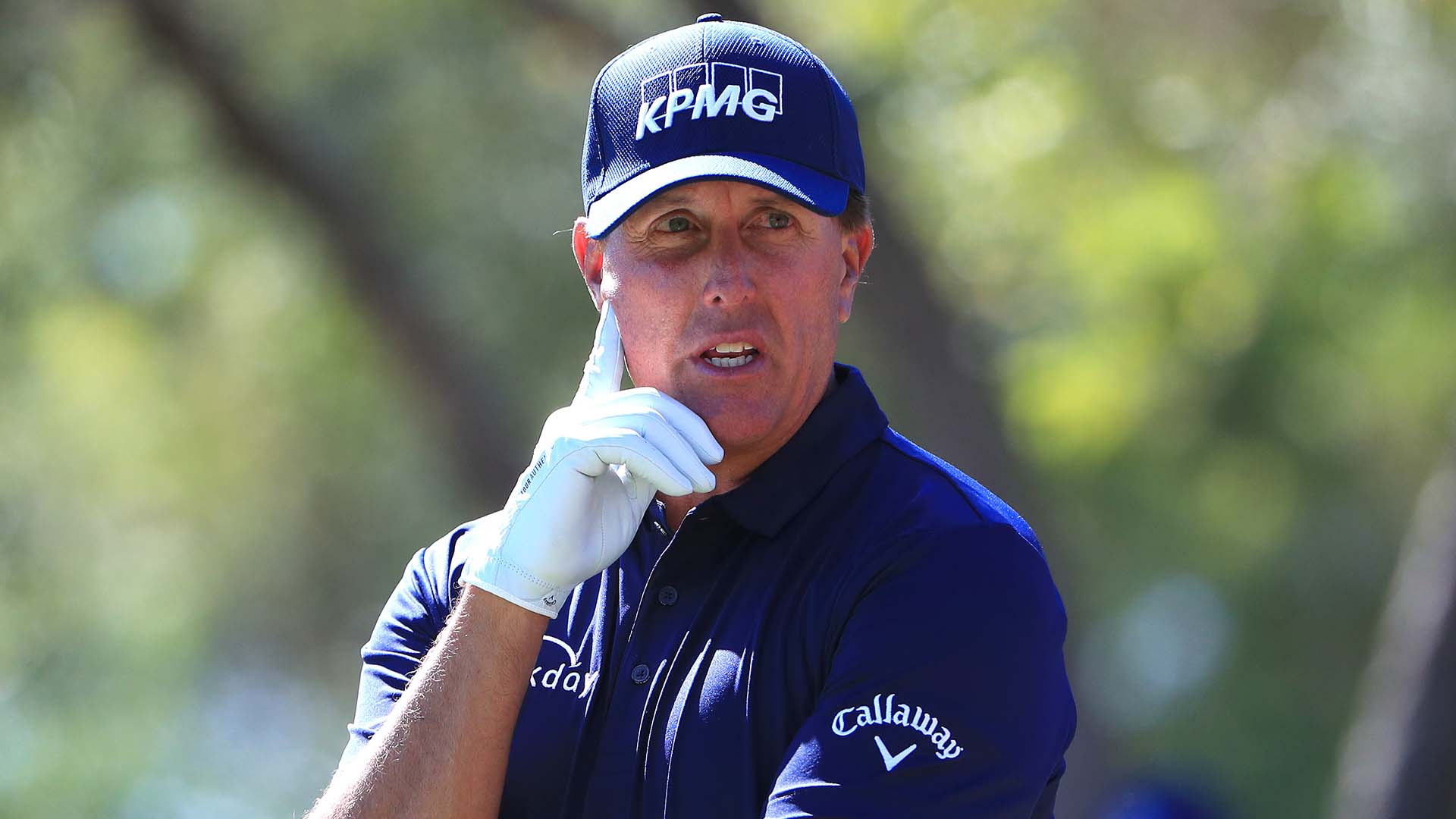 He instructed reporters to do exactly that on two occasions Thursday.

Coming off what he called an “awful” summer, the 49-year-old is more eager to talk about what he sees in his future – and with good reason.

Mickelson opened the Shriners Hospitals for Children Open with a 6-under 65, which had him tied for the lead midway through Thursday's morning wave.

It was his lowest score on Tour in seven and a half months, since a second-round 65 at the WGC-Mexico Championship in late February.

It was a promising start to the year for Mickelson, who was runner-up at the Desert Classic and three weeks later picked up his 44th PGA Tour victory with a win at the AT&T Pebble Beach Pro-Am.

But after a T-18 at the Masters, his game, his season and a number of his golf balls went sideways. He missed 5 of 7 cuts from the Wells Fargo in May through The Open in July, finishing no better than tied for 52nd over that stretch.

Through it all, he was proving more popular than ever, the result of unexpected star turn on Twitter. A year away from being eligible for the PGA Tour Champions, he was reinventing himself, staying relevant in ways that didn’t relate to his play on the course. With a Presidents Cup captain’s pick in doubt and an assistant captain’s role looking increasingly likely, 2019 has seemed like the year we’ll point to in future conversations about Mickelson moving into a different phase of his career.

All the while, Phil has insisted he’s just a hair off, a tweak away, that if not for this swing or that hole, he’d be right up at the top of the leaderboard. That’s where he finds himself in Las Vegas and where he still expects to be as he closes in on 50.

“I can tell [my play is] a lot better than the scores,” he said. “I've had an awful six months. Let's separate that for a second. I was very close last week to playing some good golf, and I played the par 5s 4 over par. Played them 3 under today and I shot 6 under, so it was a pretty easy fix.”

The question now is going to be whether he can back up that round on Friday – not to mention Saturday and Sunday. Mickelson opened with 68 at the Arnold Palmer Invitational and followed with 78. He started with 67 at the Travelers and finished with 76. He went the other way last week in Napa: 75-69.

One round hasn’t been the issue. It’s been putting together a string of them.

“I mean, that would be the logical conclusion if you look at the last six months, but you have to throw that out,” he said. “I've had an awful six months on and off the course, but things are great now, and I'm excited to play good golf. It takes a lot less energy, stress to perform well.”

Energy hasn’t been a concern as of late thanks to his new diet, which has seen him shed 30 pounds since a “hard reset” in July. He’s been fasting each week and says that eating less has actually increased his stamina.

“I find the more I eat, the more lethargic I get,” he explained. “It's helped create a little bit better focus to finish the rounds off, so it's been a big part of it. But more than that, it just allows me to be my best and practice a little bit harder.”

Mickelson has remained tight-lipped about his future role at Royal Melbourne. He’s been a member of every U.S. team since 1994, and a surprise win here in the fall could still change the calculus for Captain Tiger Woods. Asked again on Wednesday if he would go to Australia as something other than a player, Mickelson said that him and Woods have been in contact, but that he has nothing he cares to share. Phil (65): With these calves, can't help but have 'incredible confidence'

Chantel McCabe catches up with Phil Mickelson after his first-round 65 at the Shriners Hospitals for Children Open.

Ask him about his calves, on the other hand, and you’ll get exactly what you want.

“Well, when you have calves like these you can't help but have high self-esteem, walk around with incredible confidence,” he joked again Thursday. “Whether I'm wearing shorts or not, and they're hidden, I know that they're there, and so I hold my chest out.”

That’s been the fun of Phil the last six months. Even as his game has tailed off, he’s been as entertaining as ever. Though he hasn’t put it in these terms, the goal now is to merge social-media Mickelson with Hall-of-Famer Phil at the age of 49.

Don’t put it past him.

“I expect to play some good golf,” he said. “I knew going into this tournament I was going to get off to a good start and have a good round. I was patient even after the first-hole bogey. I'm looking forward to the next three days because I feel like I can shoot some low scores out here.”