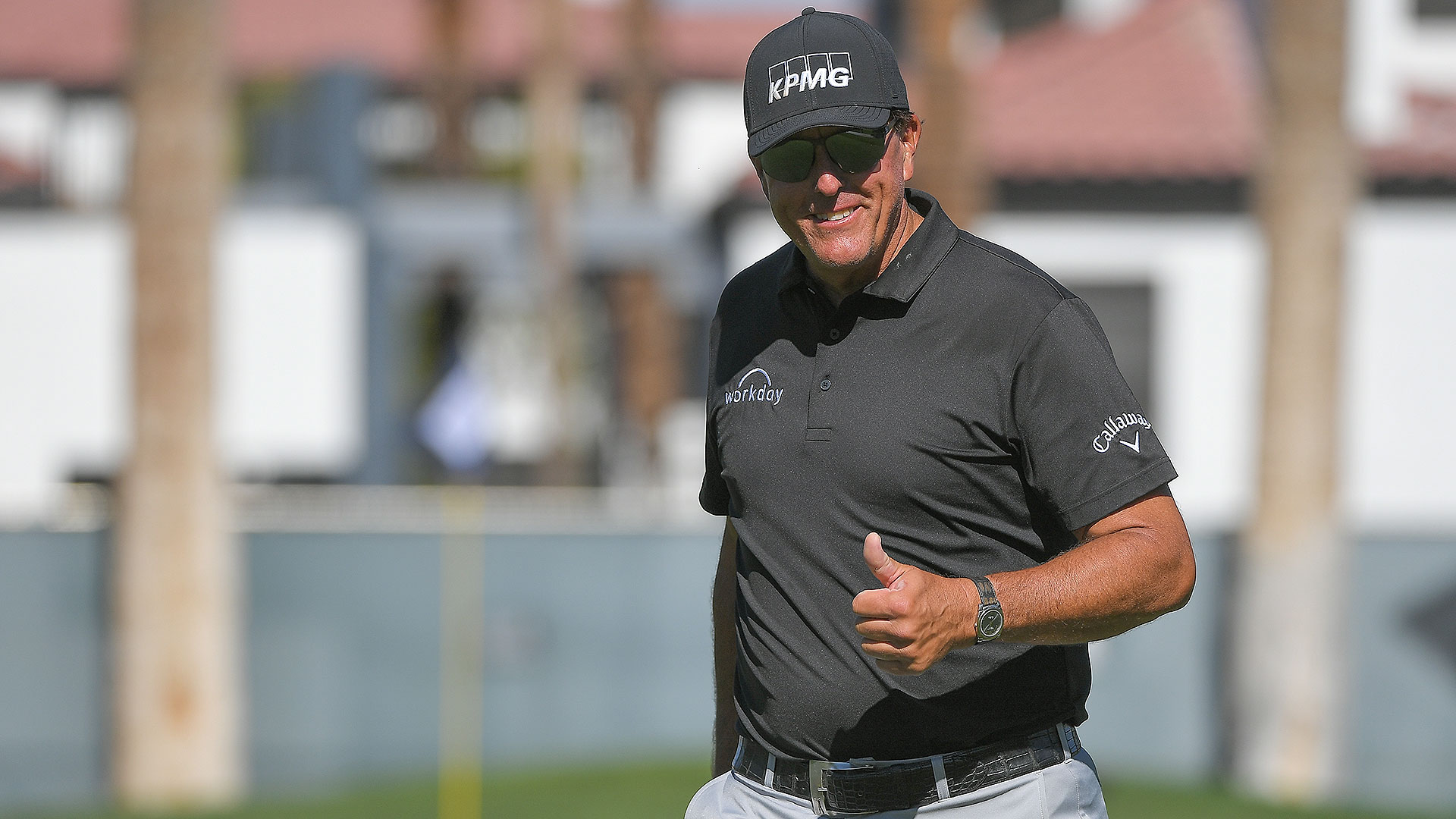 PHOENIX – Phil Mickelson shot a 6-under 65 and season points leader Bernhard Langer battled through a balky back for a 68 in the opening round of the Charles Schwab Cup Championship on Thursday.

Mickelson had seven birdies and a bogey to match Jim Furyk and Kirk Triplett for the lead in the PGA Tour Champions season finale at Phoenix Country Club.

Langer arrived in the desert as the prohibitive favorite to win his sixth Schwab Cup, joining Furyk, Ernie Els and Miguel Angel Jimenez as the only players with a chance to win the season championship. Langer’s scenarios for winning his fifth Schwab Cup in seven years ranged from winning the Schwab Cup Championship to 35th, depending on how the other contenders finish.

The 64-year-old German star felt tightness in his back during Wednesday’s pro-am and spent a warm Thursday afternoon walking with a slight hunch. He had to squat to tee his ball up and asked his caddie to take it out of the hole for him over the final 12 holes.

Langer still managed to make three birdies to offset a bogey on the front nine and had two more on the back. He caught a break when his third shot on the par-5 18th hole caught up in the rough before rolling into the water. He then got up-and-down for a par.

Furyk, who can win the Schwab Cup with a victory this weekend, had four birdies in his final five holes and seven overall playing in the final group with Langer. Els had four birdies to shoot 68 and Jimenez couldn’t get much going, finishing with two birdies in a 70.

Mickelson was a big fan favorite in his return to the Valley of Sun, where he starred at Arizona State. Lefty is a part-time player on the PGA Tour Champions while still playing on the regular tour, winning three of his five starts on the senior circuit.

Mickelson opened with a birdie on the par-5 first hole and had four more on the back nine, including a tap-in on 18 after lipping out for eagle.

Fred Couples was a stroke back at 66 with David Toms, Brandt Jobe, Steven Alker and K.J. Choi.

Alker is coming off a victory Sunday in Florida in the TimberTech Championship. The New Zealander had no status when he turned 50 in late July. He qualified for the Boeing Classic in August and had top-10 finishes every week to keep playing to become eligible for the postseason.