Mickelson leads in Pebble Beach, but can he win there this summer? 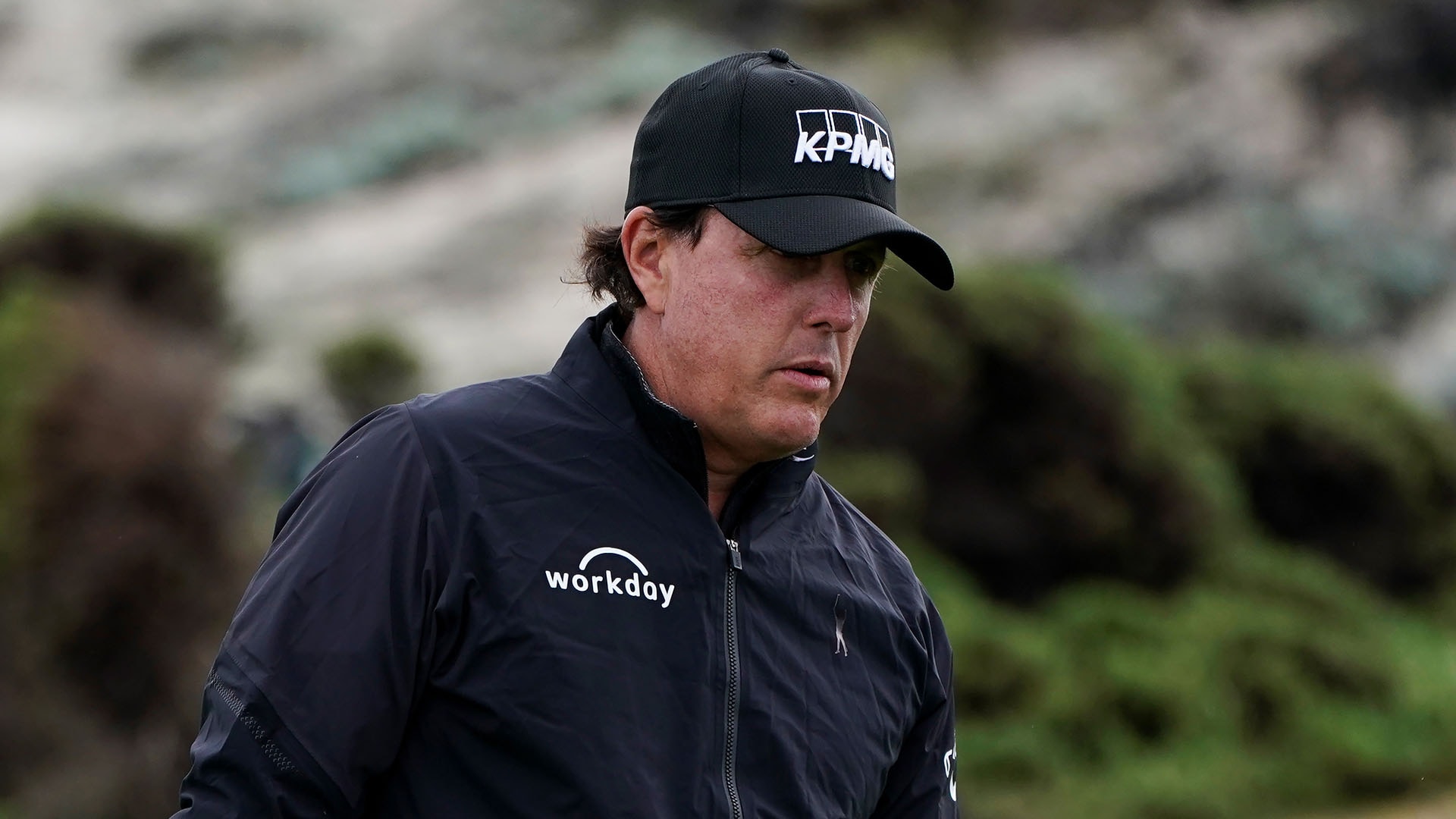 PEBBLE BEACH, Calif. – Phil Mickelson is too old to win the U.S. Open.

History tells us that.

The U.S. Golf Association has staged 118 U.S. Opens, dating to 1895, and nobody as old as Mickelson has ever won the championship. In fact, nobody that old has ever won any major. Mickelson is already three months and five days older than Julius Boros was when Boros won the 1968 PGA Championship to become the oldest winner of a major.

And Mickelson will turn 49 on the same day as the final round of this year’s U.S. Open.

Why bring that all up now?

Because Mickelson is tied atop the leaderboard in the suspended second round of the AT&T Pebble Beach Pro-Am, just a week after missing the cut in Phoenix. His 4-under 68 at Spyglass Hill before Friday’s rain arrived left him at 10 under with four other players, including Jordan Spieth, who was stuck on the 17th hole at Spyglass when play was halted.

This strong start comes three weeks after Mickelson nearly won the Desert Classic. He likes the new speed he’s creating in his swing. He’s confident in the work he has put into his putting.

There are signs Mickelson may be on to something sweet again, despite his misstep at TPC Scottsdale.

What makes the U.S. Open relevant here and now is that the championship will return to Pebble Beach this summer.

If Mickelson keeps it going this week, we won’t be thinking he’s too old to finally close out the career Grand Slam. We’ll be thinking, “Holy crap, maybe he still has a real chance.”

We’ll be thinking this guy has figured out a way to redeem himself again.

Mickelson is a four-time winner of the AT&T Pebble Beach Pro-Am.  If he wins it again this week, we’ll be thinking about a Pebble sweep.

Mickelson’s analytical nature amuses even his best friends. They won’t be surprised if all this new work he’s doing on his diet with a nutritionist and this new routine he’s working on with a trainer are part of some larger gameplan he has devised to beat Father Time.

Because that’s the undefeated foe who stands most menacingly in the way of Mickelson’s bid to win the final leg of the Grand Slam.

If anyone’s got a chance to trick Father Time in the majors, Jimmy Dunne thinks it’s Mickelson.

There’s a boyish joy to Mickelson’s game that Dunne believes is as important as any new workout routine.

“Phil may be 48, but he’s 14 at heart,” Dunne said. “He’s got this fantastic attitude, a youthful exuberance. He likes to have fun, and he’s fun to be around.”

Davis Love III wouldn’t be surprised if Mickelson has actually devised some new theory to slow age’s advance, to buy him more time to get that elusive U.S. Open title.

Mickelson sported some supportive tape on his left hand during Friday’s round, but other than that, Love sees a guy who seems to be looking younger.

“He’s going to do whatever it takes, and he’s come up with new theories on diet and exercise,” Love said. “He looks good. He is as fit as I’ve seen him in a while, and I’ve been around him a lot in the last five or six years. I think Phil is always going to find a way.”

Mickelson has talked generally about his work in recent months, about diet and the foods he’s staying away from. He has talked about eliminating fats and processed foods. He has talked about a bio-mechanical study of his swing, about developing weak areas of his body and the explosiveness that helped him find more speed in his swing.

He has also talked about changing his schedule to focus more on courses that fit a youthful bomb-and-gouge approach.

After Friday’s round, Mickelson was asked if there really is some kind of overall theory he is following to slow the aging process.

If Mickelson wins this week, if he holds off Father Time and wins the U.S. Open at Pebble Beach, maybe we’ll get all those details. Maybe we’ll get to read the book.

Are you listening, Father Time?