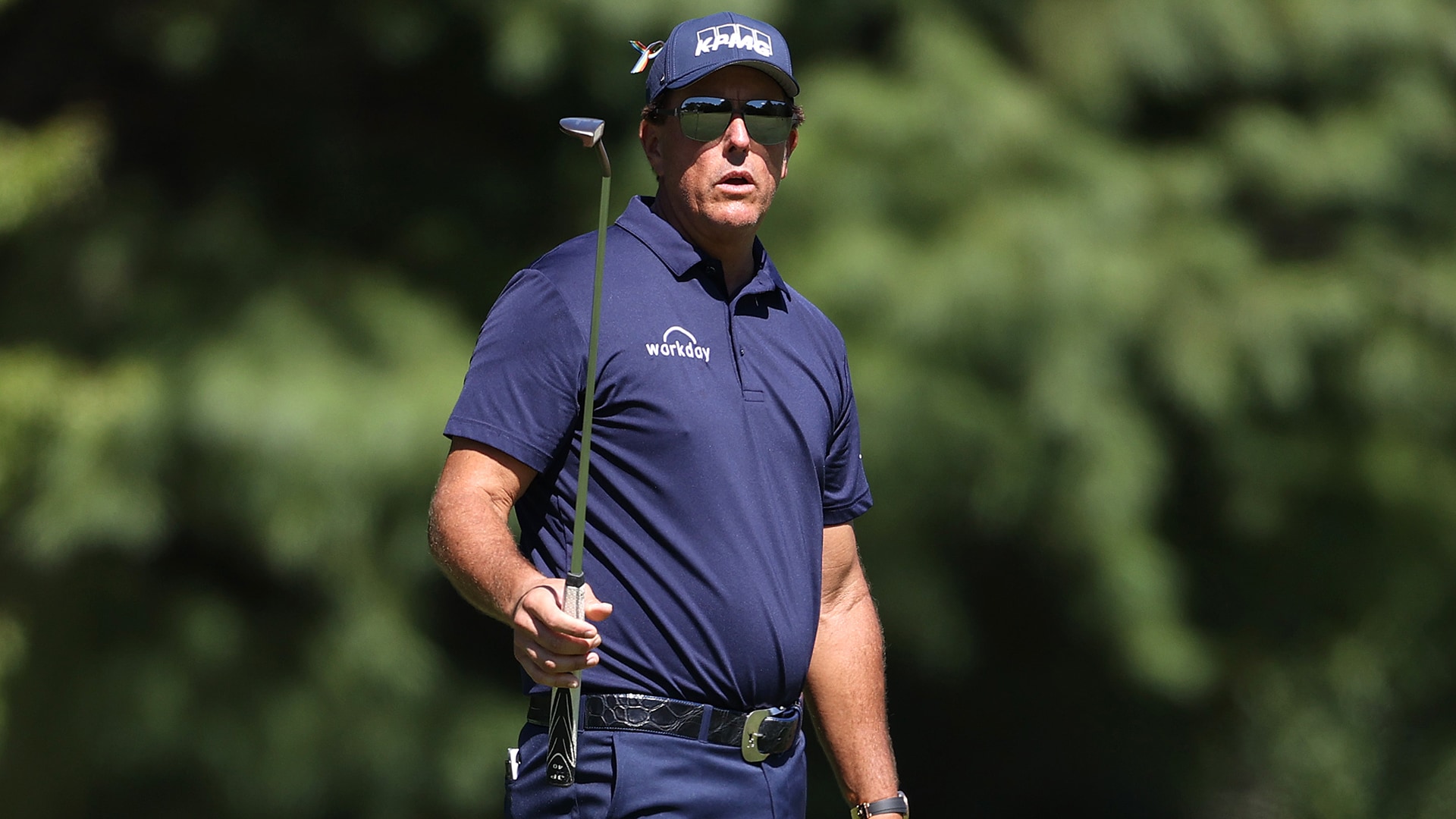 NORTON, Mass. – Bounced from the FedExCup playoffs, Phil Mickelson is adding another tournament – on the PGA Tour Champions.

Mickelson, who turned 50 in June, said Friday that he’ll play in next week’s Charles Schwab Series at Ozarks National, a Monday-Wednesday senior event in Ridgedale, Missouri. It’ll mark Mickelson’s first foray on the over-50 circuit.

With the missed cut at TPC Boston, Mickelson was projected to drop from 67th to outside the top 70 cutoff for the BMW Championship. He was the only player who had advanced to the second-to-last leg of the playoffs every year since the FedExCup was introduced in 2007.

“I’m disappointed I’m not in BMW,” said Mickelson, who will end this season with a second- and third-place finish but also seven missed cuts. “I feel like I’ve been playing well, and yesterday (opening 74) was really a poor start to the tournament and I would have liked to continue in the playoffs.”

Now that he has two weeks off, Mickelson is looking to keep his game sharp as his focus turns to the U.S. Open’s return to Winged Foot next month. After Mickelson makes his 54-hole senior debut, he'll then be able to take a short break – and potentially make a scouting trip to Winged Foot – before competing at the Tour’s season-opening Safeway Open.

A six-time runner-up in the U.S. Open, Mickelson had a particularly painful experience at Winged Foot, where he headed to the 72nd hole needing a par to win in 2006. He instead made double bogey and missed out on the playoff.