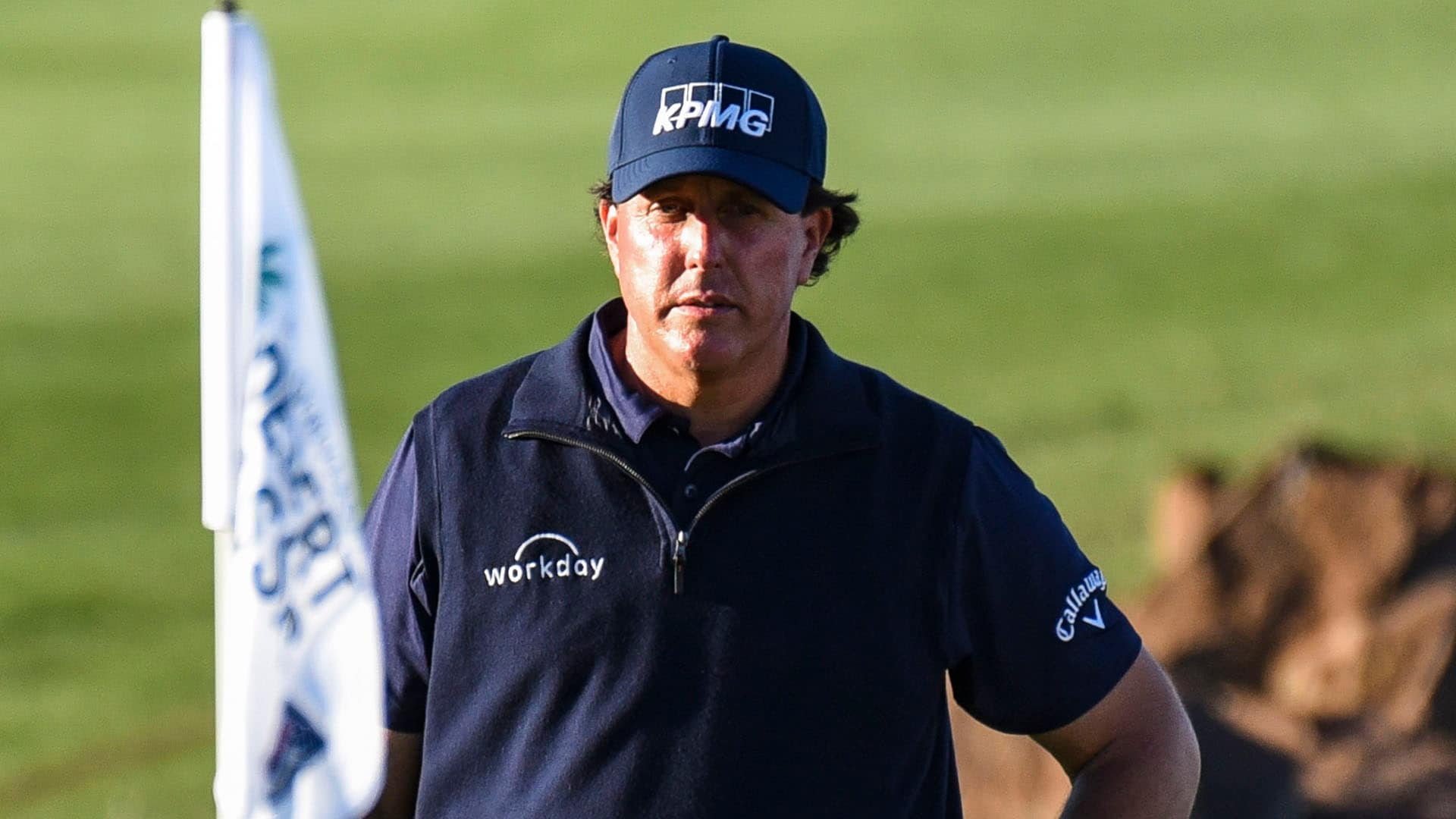 SCOTTSDALE, Ariz. – After checking off his 43rd career PGA Tour victory last February at the WGC-Mexico Championship, Phil Mickelson’s confidence was through the roof. Asked if he’ll get to 50 career wins, Mickelson answered the question emphatically and without doubt.

Mickelson echoed those matter-of-when-not-if feelings two weeks ago at the Desert Classic, where he flirted with 59 in the opening round and recorded his second-lowest 54-hole total before surrendering his lead in the final round and tying for second.

“Oh, I’ll get there,” Mickelson repeated that Sunday evening in La Quinta, Calif. “I don’t have the month or the time, but I will get there.”

After a week off, though, the 48-year-old Mickelson is looking at the goal through a different lens.

“I've got to be honest in my assessment of winning seven more times, is that realistic?” Mickelson said Wednesday at TPC Scottsdale, where he’ll compete this week in his 30th Waste Management Phoenix Open. “It's certainly my goal and something I'm striving for, and yet I know it's not going to be easy. So I don't have the same 100-percent-I'm-going-to-do-this thing. I'm a little more realistic because I really thought I was going to pick of off two or three more at the end of (last) year and I played terrible.

“But I had a great offseason, I came back, made some adjustments and I think that I'm ready to start playing some of my best golf again.”

Mickelson noted that he’s improved his putting along with distance and speed, two areas he felt like he’s needed to work on to stay competitive out on Tour. Mickelson led the field in driving distance at the Desert Classic at 318.1 yards, and though he was 64th in strokes gained: putting, he’s coming off of a season where he ranked 13th in that category.

“I'm always pretty positive, but I'm very optimistic about this year because the two areas that I needed to address the last couple of years I feel like have finally come together,” Mickelson said. “… If I can keep those areas strong, I think I'll build off Palm Springs and have a number of good events.”

Perhaps No. 44 will come this week at an event in which Mickelson has won three times among 11 top-10s.