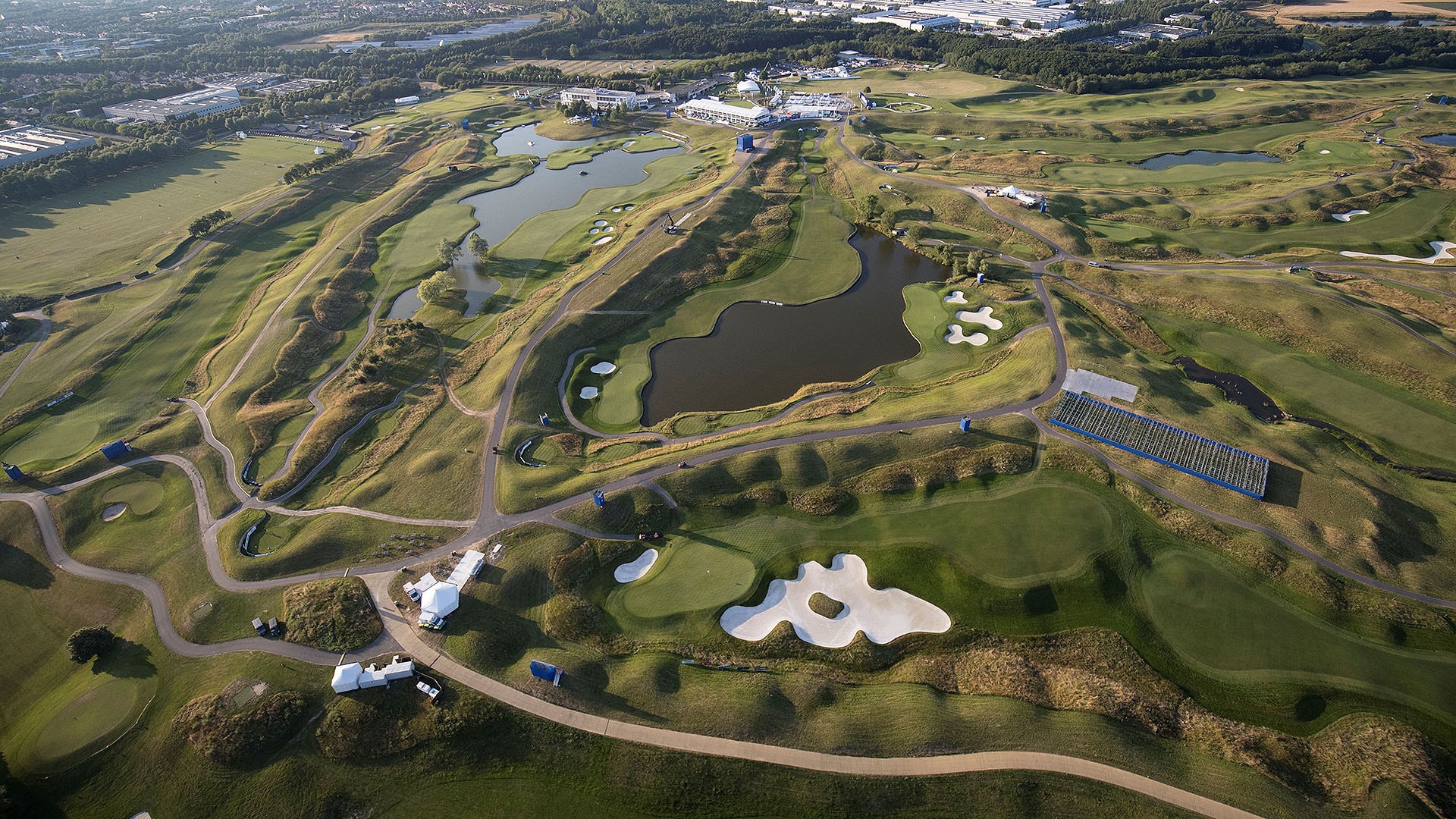 While there is virtually no chance Phil Mickelson will be left off the U.S. Ryder Cup team this year, he’s not currently inside the top eight in the standings that will receive an automatic bid following the PGA Championship.

At No. 10, U.S. captain Jim Furyk will almost certainly select his longtime friend.

On Monday, Lefty got a glimpse of Ryder Cup venue Le Golf National outside of Paris, and was thrilled with what he saw.

“It’s awesome,” Mickelson told Golf Channel’s Tim Rosaforte late Tuesday. “Not many drivers if any at all…long irons and poa greens. I love it.”

Mickelson added that he thinks the course will set up great for galleries because there are many spectacular viewing areas.

It’s already been a busy week for Mickelson even though he hasn’t yet hit a competitive shot.

Following the final round of The Greenbrier Sunday in West Virginia he bolted for Paris and played Le Golf National on Monday. On Tuesday, he was in Scotland and played Gullane, host of the Scottish Open, which begins Thursday. He’s grouped with Padraig Harrington and Kiradech Aphibarnrat.

On Wednesday, Mickelson was scheduled to have played Carnousite, host of The Open next week.