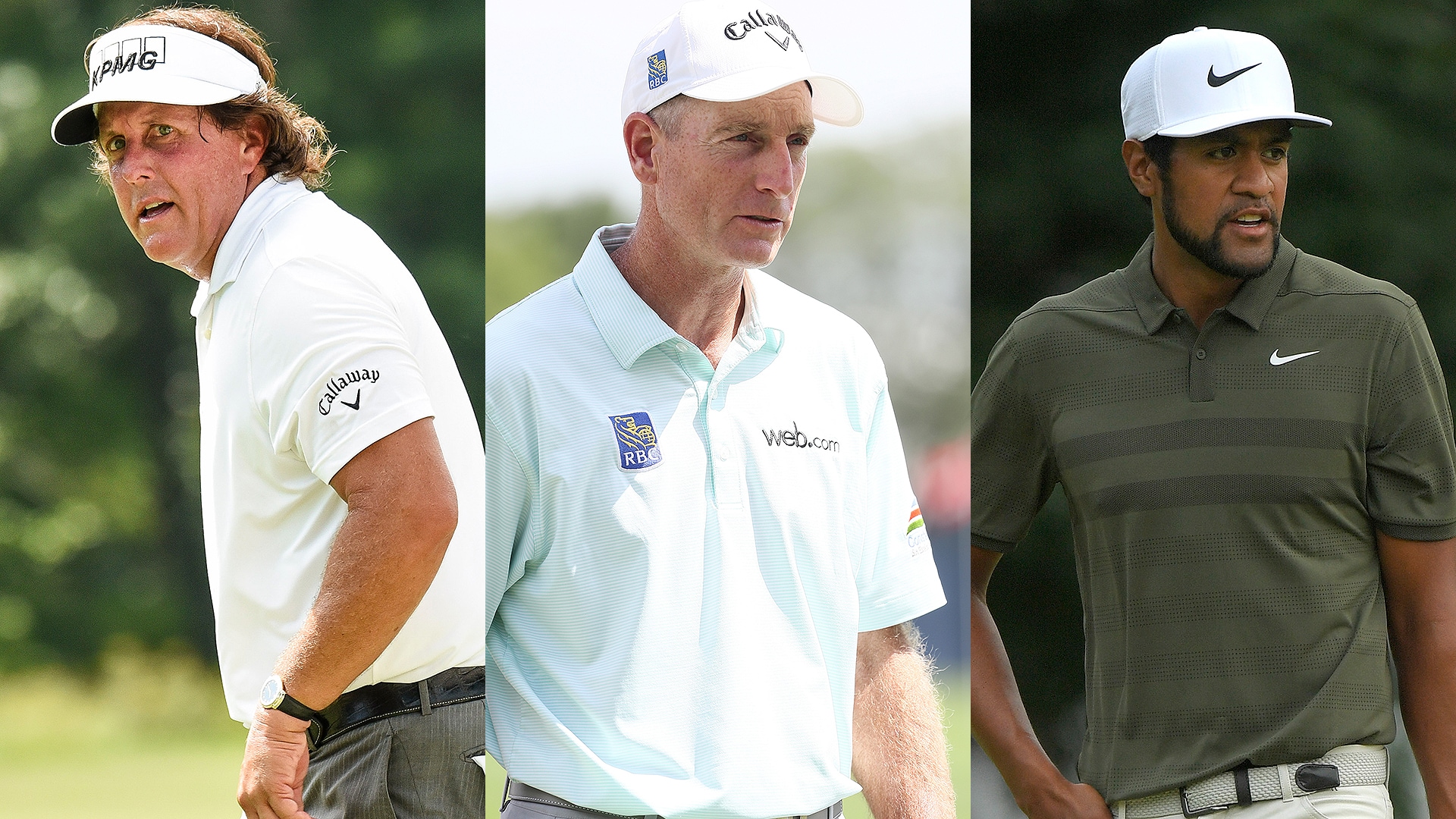 NEWTOWN SQUARE, Pa. – The U.S. Ryder Cup announcement later today has all the suspense of a small-town mayoral race, but here’s an idea that spices up the proceedings and satisfies everyone:

Phil Mickelson could – and should – get picked next week.

Let’s be clear: Mickelson deserves to be on Jim Furyk’s U.S. Ryder Cup team, and not just as some kind of lifetime achievement award. He’s won this season. He finished 10th on the points list. He’s the second-ranked putter on the PGA Tour. He’s the biggest presence in the team room. He’s one of the main architects of the U.S. team revival, and over the past quarter-century he’s earned the right to see this through.

But the inherent problem with this 3-1 selection process – aka the Billy Horschel Rule, after a red-hot Horschel was left off the 2014 team because of the timing of the picks – is that the 12th man will always be perceived as the last man picked, after all of the “better” options have already been chosen.

Tony Finau is no 11th-hour addition, not the way he’s played this year, and a veteran like Mickelson should easily recognize that.

Though it might seem like semantics, being picked last can only hurt Finau. If Xander Schauffele or Patrick Cantlay or Kevin Kisner tear up Aronimink this week at the BMW Championship, reasonable cases could be made for their inclusion. If he passes over Finau now, Furyk is essentially telling him that he hasn’t done enough. And that isn’t (or at least shouldn’t be) true.

Finau is fourth in the FedExCup standings, a testament to his incredible consistency, as he’s one of only two players in the top 15 without a win this season. He has 10 top-10s, including in the first three majors of the year and the first two playoff events – only world No. 1 Dustin Johnson has more. He’s already had a test run at Le Golf National, and he’s long off the tee, and he’s 11th in birdie average, and he’s played his best when he’s needed to, whether that’s tying a PGA record with 10 birdies in a round alongside Furyk or when he shot 11 under while paired with Mickelson at The Northern Trust. Need we continue?

“I’m making it tough to not pick me,” Finau admitted Monday, and he’s right – he deserves to be in the first wave of selections, along with Bryson DeChambeau and Tiger Woods.

To ensure that happens, Mickelson should pull Furyk aside, receive the necessary reassurances that he’ll be chosen next week, and tell him that he’s willing to take another one for the team. After all, he’s had no trouble shouldering the burden before. The de facto team spokesman, he was the only one to publicly criticize the U.S. leadership at Gleneagles, a brazen takedown that set in motion the Ryder Cup task force and committee that helped produce a slump-busting, 17-11 victory in 2016. Earlier that week at Hazeltine, Mickelson slammed ’04 captain Hal Sutton over his handling of the ill-fated superstar pairing with Woods. Whether intentional or not, the controversy raged for a few days and defused some of the early-week pressure on his teammates.

And so now he should fall on the sword again: It should be Mickelson – not Finau – who stands up this week and answers questions about his worthiness as a pick, a selfless move that would only further endear Lefty to his younger teammates. It’d also give him what could be one final moment in the spotlight. Remarkably, he’s played on every U.S. team since 1994, but when the Ryder Cup returns to the States in September 2020, Mickelson will be 50 years old and almost certainly not one of the dozen best American players.

Not only does Finau deserve the early recognition, but being named as a standalone pick next week would slide Mickelson out of Woods’ shadow – as always, he’ll be the biggest headliner Tuesday – and allow the U.S. leadership to celebrate his 25-year contribution.

For a U.S. team desperate for victory in Paris, it’d be an early win-win for all involved.