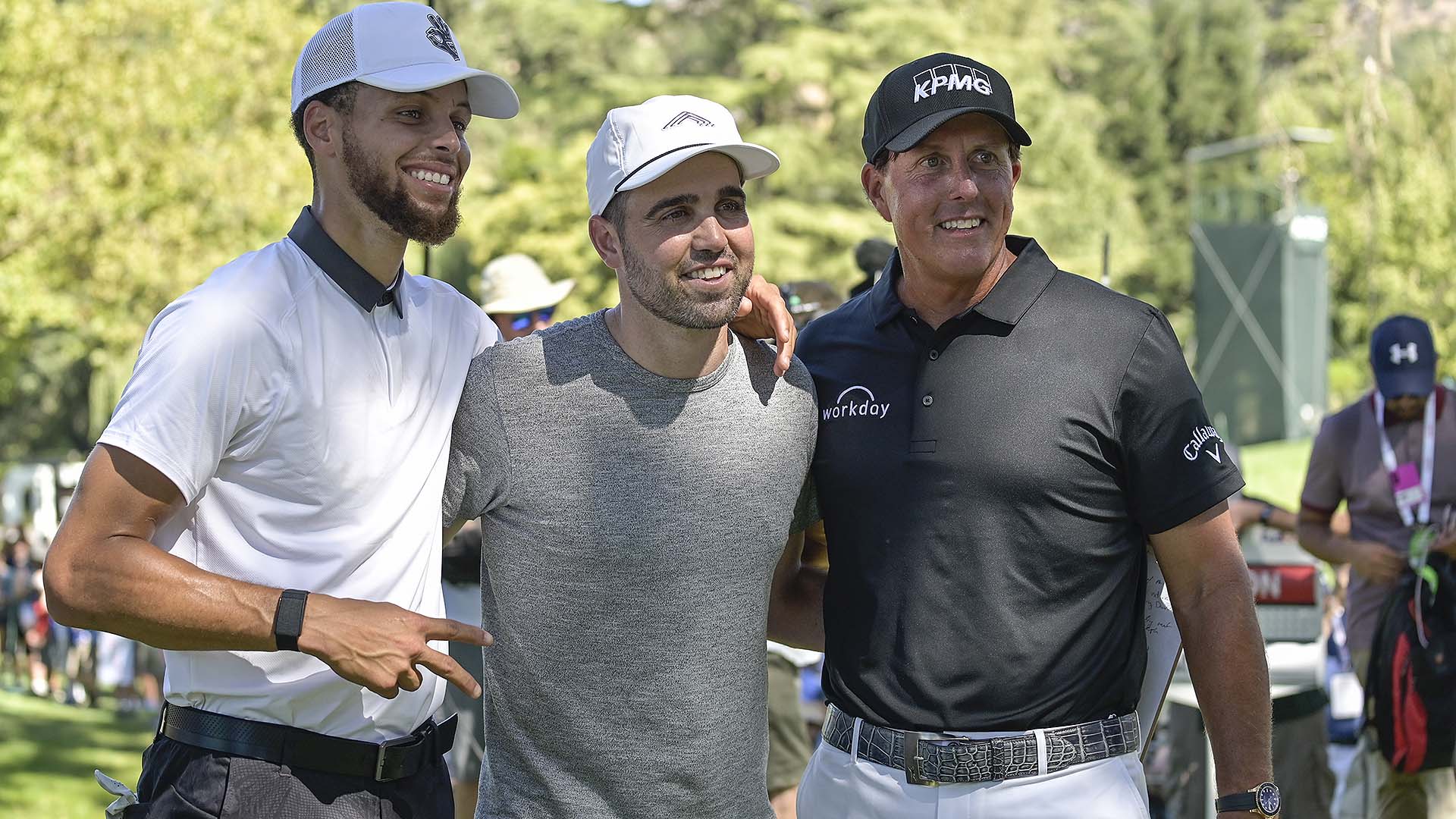 NAPA, Calif. – Phil Mickelson may be one of the main tournament draws this week at the Safeway Open, but he had to share the stage during Wednesday’s pro-am.

That’s because Mickelson played alongside NBA superstar and local fan favorite Stephen Curry, whose golf game is almost as good as his 3-point shot. Curry has played in two Korn Ferry Tour events as an amateur and boasts a scratch handicap that was on full display during their round together at Silverado Resort & Spa.

“You saw him dropping all kinds of bombs off the tee. Just hellacious bombs, deep and very accurate, certainly straighter than what I have,” Mickelson said. “So he was in the fairway most of the day and played exceptional. That’s why he’s such a good golfer and can compete at a very high level.”

The pro-am antics were not limited to golf swings between the two stars, as Curry wowed fans when he made a long-distance shot to a makeshift hoop next to the 17th green. Mickelson attempted to follow from closer range, even turning his hat backwards to channel some additional mojo, but there’s a reason he makes his mark on the course instead of on the court.

The two also shared in Curry’s trademark celebration move, shimmying together on the 18th green after Mickelson rolled in a 15-foot birdie putt to cap the round.

“Good ham-and-egg situation over here,” Curry said. “His overall game, I was just in awe of every shot but I tried to hold my own, too.”

“We’d be good alternate-shot partners,” added Mickelson. “We’d let him drive it off the tee, just hit those hellacious seeds, and I would end up hitting some iron shots close, and then his touch around the greens would be awesome.”

When asked for a highlight, Curry quickly pointed to his towering drive on No. 9, a shot that left him just a sand-wedge approach into the par-5 green. While the Shotlink computers used for the tournament weren’t tracking that particular shot from Curry, Mickelson estimated that the drive went “over 370 yards.”