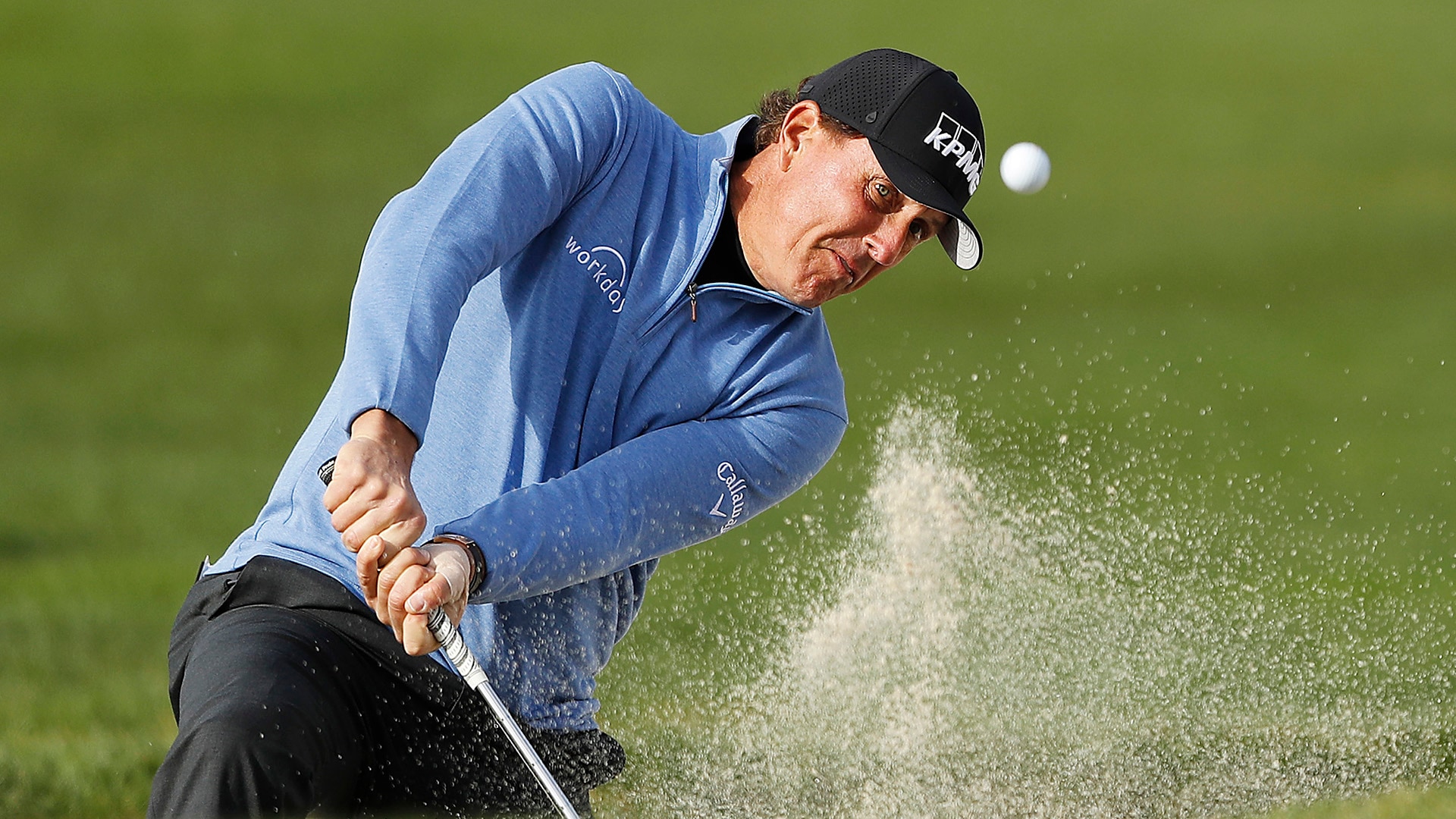 What it means: The defending champion, Mickelson is in hunting his 45th PGA Tour win and his sixth AT&T Pebble Pro-Am title, following victories in 1998, 2005, 2007, 2012 and 2019. The 49-year-old has been candid about his poor play since last year’s victory; he’s gone a full year without a top-10 finish on the PGA Tour. But after a T-3 finish last week in Saudi Arabia, Mickelson finds himself once again eyeing victory on the West Coast Swing, which has played a significant role in his three-decade PGA Tour career. Standing between Mickelson and No. 45 is Taylor, the 31-year-old Canadian who took the Sanderson Farms Championship for his lone Tour win back in 2014 and who has since managed to qualify for the FedExCup Playoffs in four of the last five years, often by the slimmest of margins. This is Taylor’s first 54-hole lead on Tour. Not to be forgotten, should Taylor or Mickelson falter, is Day, the former world No. 1 who hasn’t tasted victory since the 2018 Wells Fargo Championship. Now 46th in the Official World Golf Ranking, he’s looking stay inside the top 50 and perhaps make a late bid for an Australian Olympic spot this summer in Tokyo.

Shots of the day: Four of them – all Phil.

He went birdie-birdie via back-to-back holeouts at Nos. 13 and 14 at Pebble Beach. First up was this splash from the bunker for his 3 at the par 4:

That was followed by a racing chip shot at the par 5 that slammed into the flagstick and dropped for 4.

He closed his Saturday with a flop-and-5-footer combination for birdie at the par-5 18th:

And this earlier up-and-down for par from over the back at No. 7 wasn’t bad either:

Quote of the day: "I don't know what the key is. Just get the ball in the hole somehow." — Mickelson 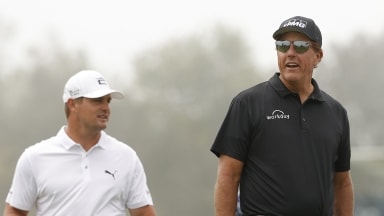 Bryson DeChambeau says he doesn't have the high, spinning flop shot in his arsenal like Phil Mickelson does. 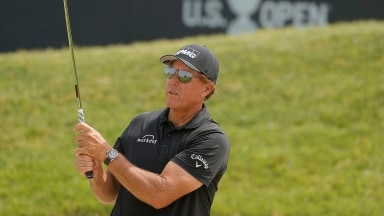