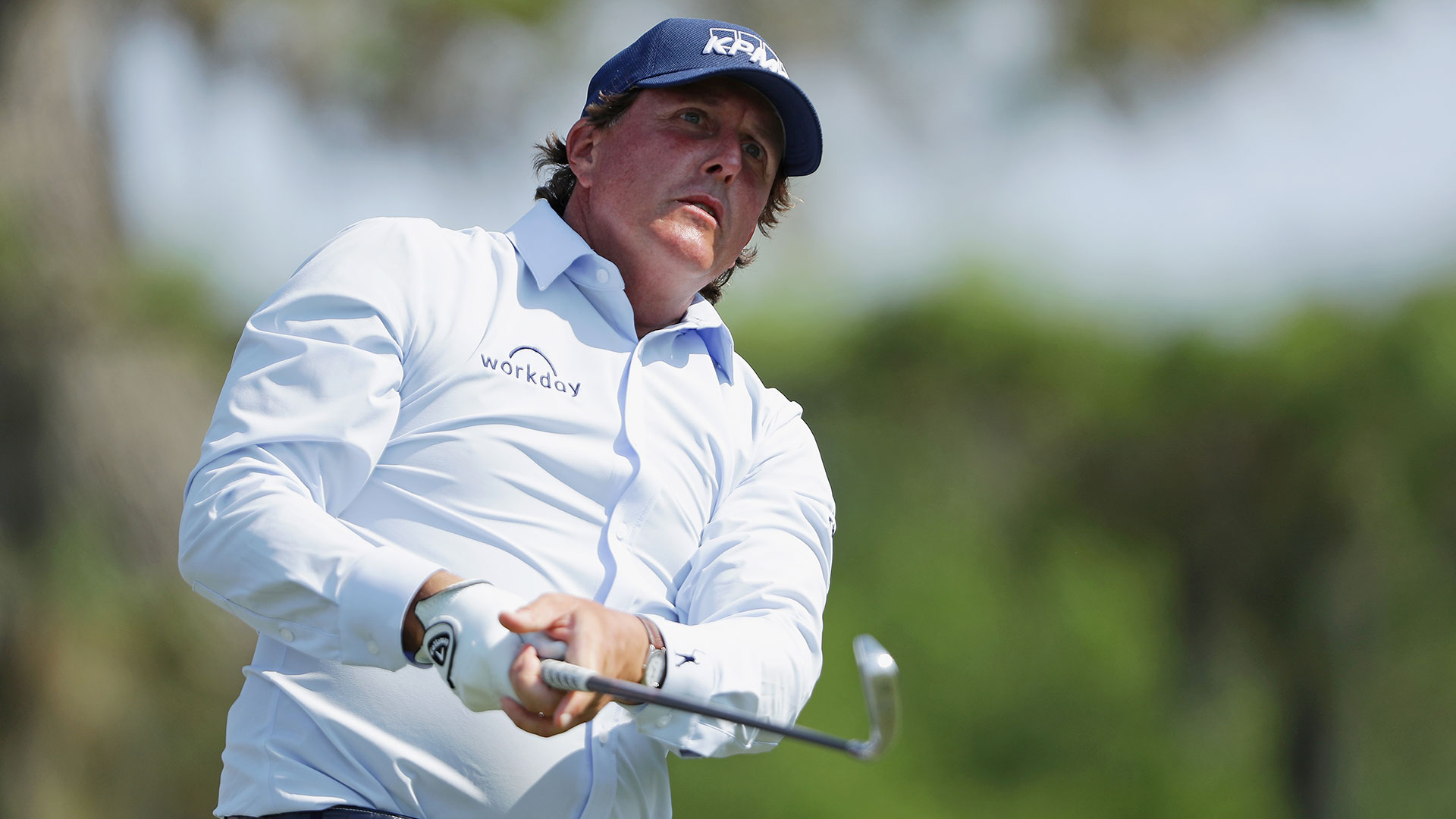 PONTE VEDRA BEACH, Fla. – Phil Mickelson fell apart down the stretch of his opening round at The Players Championship, but his poor play did little to dampen his enthusiasm for his latest endorsement partner.

Mickelson had plenty of attention given his marquee pairing with Tiger Woods and Rickie Fowler at TPC Sawgrass, and he turned at least a few heads with his decision to wear a type of full-length, button-down shirt that he first debuted last month during a practice round at the Masters.

The fashion choice is part of a new partnership with clothing manufacturer Mizzen + Main, who officially announced their relationship with the 47-year-old hours before he teed off. As part of the arrangement, Mickelson is now an “equity holder” in the company that has also partnered with NFL superstar J.J. Watt.

While temperatures reached the upper 80s during afternoon play, Mickelson extolled the virtues of his unorthodox but eye-catching outfit.

“This stuff is stretchy. You don’t even know it’s on,” Mickelson said. “It’s very comfortable, so I actually really like it. I think nobody does kind of slightly overweight, middle-aged guy better than me, and this says exactly who I am.”

That comfort factor didn’t help Mickelson’s ball-striking down the stretch, as he played his final five holes in 7 over to shoot a 79. Mickelson’s opening score beat only two players in the 144-man field, and the 2007 champ now appears headed for his fifth missed cut in the last six years at this event.

Mickelson attributed his poor play to a lack of energy, but he certainly plans to give his newfound clothing partner a few more chances to shine at tournaments later this year.

“We have polo shirts and everything. I just like this (style),” Mickelson said. “It says that if you can play golf at the highest level, imagine how comfortable it is in the office and so forth. It’s very comfortable. I love it. I’ll wear it a lot when it’s cooler. I have some polos I’ll wear later on.”