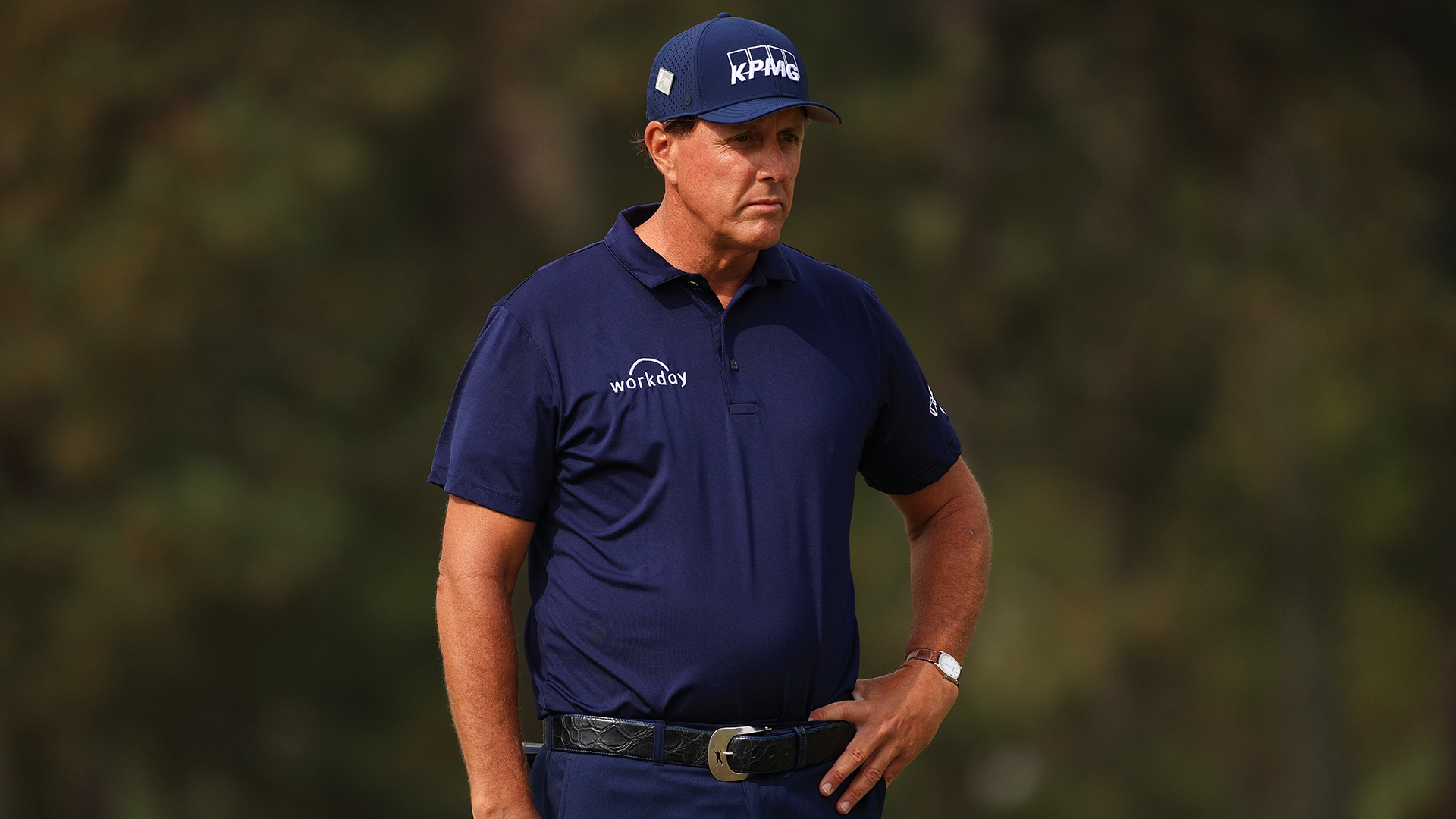 Phil Mickelson’s absence from competitive golf will extend through at least the Masters Tournament.

First reported by Bob Harig of Morning Read, Mickelson’s name was removed on Monday from the field list for next month’s tournament at Augusta National and added to the list of past champions not competing. A spokesperson for Augusta National later confirmed to GolfChannel.com that Mickelson will indeed skip the year’s first major, which Mickelson has won three times.

No reason was provided for Mickelson's withdrawal.

Mickelson hasn’t teed it up on the PGA Tour since the Farmers Insurance Open in late January. His last start anywhere came the following week at the Saudi International.

The extended break follows controversial comments that Mickelson made to golf writer Alan Shipnuck of the Firepit Collective in November that were released last month. In his interview with Shipnuck, which Mickelson claims was off the record while Shipnuck has argued otherwise, Mickelson talks about using the Saudi-backed league, now known as the LIV Golf Invitational Series, as leverage against the Tour despite admitting to human-rights atrocities committed by the Saudi regime.

“[The Saudis] are scary motherf---ers to get involved with,” Mickelson told Shipnuck. “We know they killed [Washington Post reporter and U.S. resident Jamal] Khashoggi and have a horrible record on human rights. They execute people over there for being gay. Knowing all of this, why would I even consider it? Because this is a once-in-a-lifetime opportunity to reshape how the PGA Tour operates.”

After receiving backlash and losing several sponsors, Mickelson penned a statement and released it on Feb. 22. In the 530-word announcement, Mickelson revealed that he was taking “time away” from the game.

“Although it doesn't look this way now given my recent comments, my actions throughout this process have always been with the best interest of golf, my peers, sponsors, and fans,” Mickelson’s statement read. “I used words I sincerely regret that do not reflect my true feelings or intentions. It was reckless, I offended people, and I am deeply sorry for my choice of words. I’m beyond disappointed and will make every effort to self-reflect and learn from this. … I have experienced many successful and rewarding moments that I will always cherish, but I have often failed myself and others too. The past 10 years I have felt the pressure and stress slowly affecting me at a deeper level. I know I have not been my best and desperately need some time away to prioritize the ones I love most and work on being the man I want to be.”

Mickelson did not say how long the hiatus would be, nor did Tour commissioner Jay Monahan comment on whether Mickelson was suspended by the Tour. In his pre-tournament sit-down with reporters at The Players Championship, Monahan said, when asked specifically if Mickelson had been suspended by the Tour, “We don't comment on disciplinary matters, potential matters or actual matters. But every player is accountable for their actions out here.”

Monahan did say that he had not spoken to Mickelson since Mickelson’s comments to Shipnuck were made public, but that such conversation would be necessary before Mickelson returns to the Tour.

“I think the ball is in his court. I would welcome a phone call from him,” Monahan said. “It's hard for me to talk about the different scenarios that could play out.”