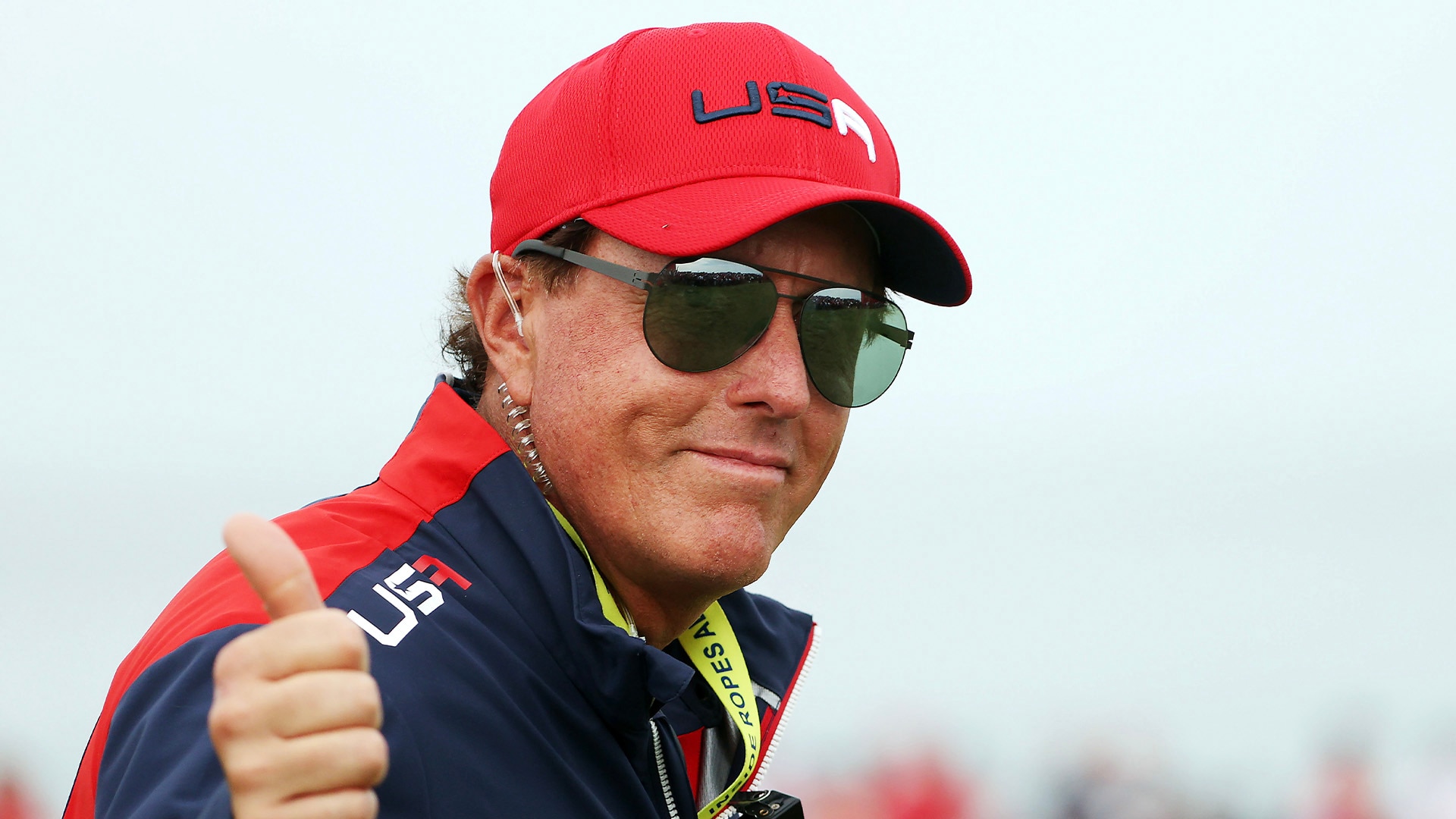 Phil Mickelson has played in an American-record 11 Ryder Cups, but Lefty took on a new role for Team USA at Whistling Straits – assistant captain.

The 51-year-old, who this week will become the first-ever reigning major champion to make a PGA Tour Champions start, said on Wednesday at the Constellation Furyk & Friends that he was happy contributing in a new way.

"I had a blast not having the pressure and the anxiety that you have as a player," Mickelson said. "I really enjoyed the week. Obviously, we had a really strong team and the guys played really well and it was fun to be a part of that and see it from a different view than what I've been used to. I would have obviously loved to have been a player, but conversely, the experience of not having that kind of pressure was also very enjoyable."

The six-time major winner had a miracle in May to win the PGA Championship, but he'll need more than a significant one-off in order to make another team as a player.

"I really enjoy being around (2022 U.S. Presidents Cup captain Davis Love) and the times I've had a chance to play for him in the Ryder Cup and I would love an opportunity to play for him in the Presidents Cup, but I have to play at a higher level. You saw how great those guys are, right? There were six guys on the European team that I was higher in the ranking, I think, in the world ranking, but there were five or six guys that were still ahead of me on the American list [who didn't make the Ryder Cup team], right? So we have such depth that it's going to be a big challenge for me to do that."

If Lefty's playing days for the U.S. are over, early indications for the 2025 Ryder Cup at Bethpage Black point to him becoming the U.S. captain. Mickelson has learned a lot from his experience as a cup player, but he gained some new insight last month as an assistant that will help him in his future role.

"I've had a lot of great captains," Mickelson said, "but what was cool for me was sitting in the captain's room there with the five of us and hearing some of the thoughts from the past captains, from Jimmy Furyk and Davis Love and Fred Couples. Zach Johnson had some great insight, too, but to hear what those guys along with [U.S. captain Steve] Stricker had to say was very interesting because they saw it from a whole different viewpoint as captains."

Despite the U.S. notching 19 points this year – the most in a Ryder Cup since 1975 – Mickelson noted it's unlikely the same 12 players will be back for Rome in '23, especially with the promise of many young Americans who have yet to hit their stride – or might have already, but weren't given the chance to tee it up a Whistling Straits.

"I think that there's a nucleus of good, young American players now that are going to be exciting to watch throughout the next decade-plus," he said.

"I think that there's still going to be turnover, because there's a lot of good players that are still competing. I mean, look at Sam Burns, he was inches away from being on – he'll most likely definitely be on the next one. I just don't see how a guy that talented won't be. So, we're going to still have turnover amongst those guys."

Because of the pandemic, Stricker was given six captain's picks with six auto-qualifiers. Mickelson believes the increased wild-cards could be something that continues in the future.

"I do think picks are important so that you have a little bit of flexibility as a captain to get guys that not only fit that particular golf course but also support your core nucleus, your nucleus of guys which are the top six or seven players that are going to be the crux of your points," he said. "You want to have them in an environment that they enjoy as well as with the right partners. So, I do think that there's a lot of value to having picks for a captain to be able to create that setting."