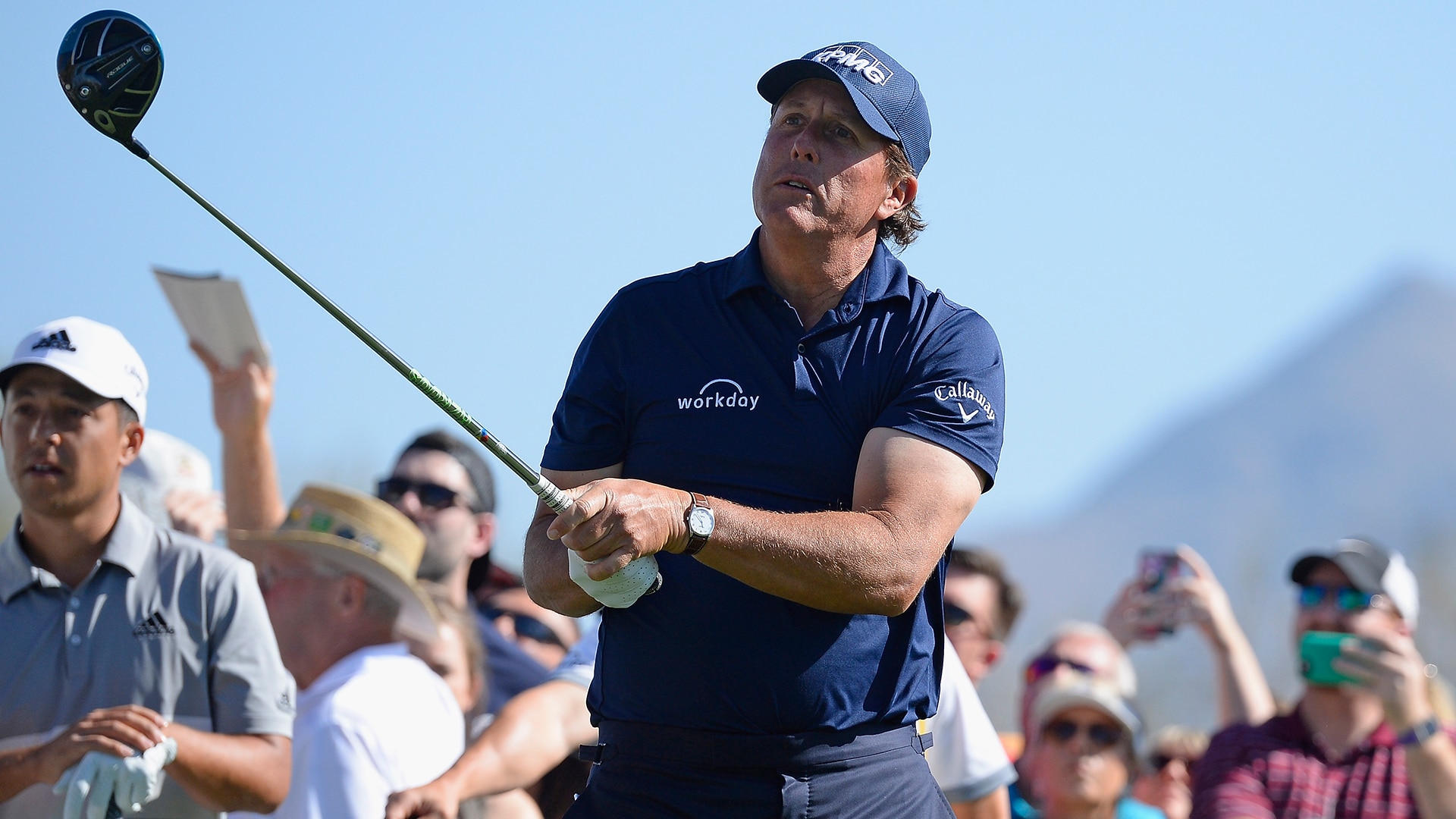 SCOTTSDALE, Ariz. – Phil Mickelson thrilled the partisan crowds with a late charge up the leaderboard at the Waste Management Phoenix Open, but in the end he still came up short of his first win in nearly five years.

Mickelson couldn’t get a putt to drop on the front nine, burning edges and failing to capitalize on chances while Gary Woodland and Chez Reavie raced out ahead. The ball finally found the target on Nos. 15-17, where the southpaw made three straight birdies to keep alive his faint hopes for a fourth win at TPC Scottsdale.

But needing an eagle on the 72nd hole to force a playoff, Mickelson pushed his drive into a grassy hill within a fairway bunker. After a lengthy search simply to find the ball, he pitched out en route to a closing double that dropped him into a tie for fifth.

“The first half I was fractionally off. I was getting a little bit of lateral movement, and that is not a good thing for me,” Mickelson said. “Unfortunately I just didn’t get the putts going in early enough to make the run there at the end, but it was still fun coming down the stretch and making a putt on 16 and things like that.”

Mickelson won here for the third time in 2013 and later that year captured The Open. While he still remains in search of his first win since that summer in Scotland, the 47-year-old remains optimistic that he’ll soon translate contending into winning as he turns his attention to next week’s AT&T Pebble Beach Pro-Am. 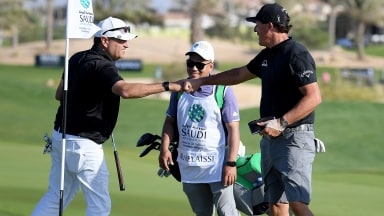 The Mickelson brothers won’t be teaming up this week at the Genesis Invitational. Here's why and who will shoulder the load at Riviera.