Final round of U.S. Women's Open suspended until Monday because of weather 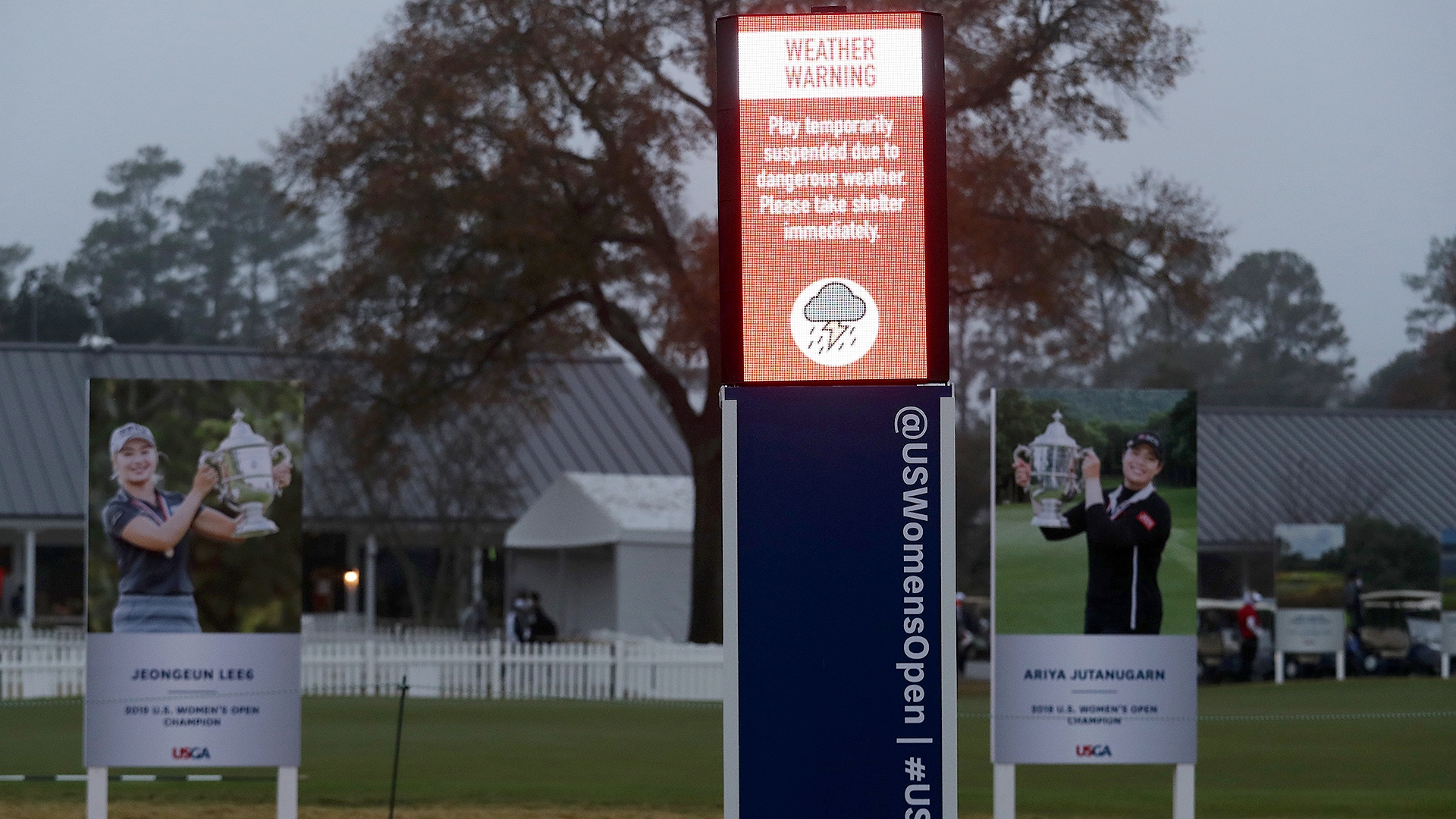 After a lengthy weather delay, final-round play Sunday at the U.S. Women's Open has been suspended until Monday.

As thunderstorms moved in on Champions Golf Club in Houston, officials blew the horn to stop play at 10:10 a.m. ET. Final-round tee times had been moved up with scattered storms expected throughout the day, so the final group was 25 minutes from teeing off.

Then at 1:39 p.m., play was officially called for the day, setting up a Monday finish, the first at the U.S. Women’s Open since 2011, when So Yeon Ryu won at The Broadmoor.

In a tweet, the USGA cited "course conditions and anticipated inclement weather this afternoon" as the reasons for the decision.

Around noon, John Bodenhamer, the USGA's senior managing director of championships, provided an update on the Golf Channel telecast.

“Our crew is out now assessing that and we’ll make a decision as to give the all-clear hopefully very soon,” said Bodenhamer, who added that 3/10 of an inch of rain had fallen on the course and lightning was still in the vicinity.