Player of Year award is all but Koepka's 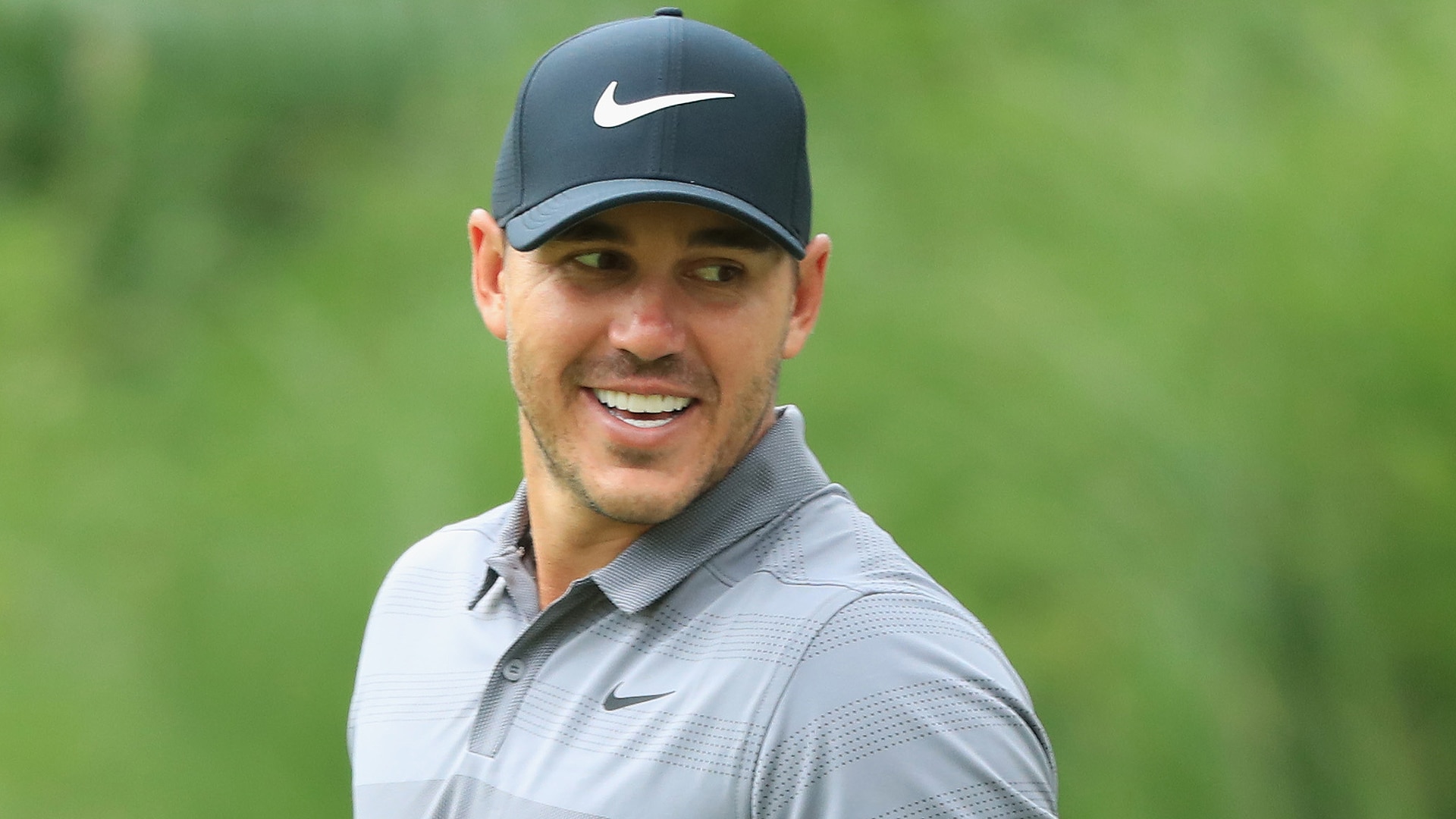 PARAMUS, N.J. – Brooks Koepka has often said it’s the doubters, those who questioned his goals and game, who have fueled him on his climb to No. 2 in the world ranking and three major victories in his last six Grand Slam starts.

Although his victory at the PGA Championship, if not his back-to-back U.S. Open titles, should finally put an end to any questions about his ability, there have never been any doubts about his talent among his PGA Tour colleagues.

That’s never been more evident than on Tuesday at the playoff opener at Ridgewood Country Club when Tiger Woods was asked about the upcoming Tour Player of the Year balloting.

“You win two majors, you've got it. It's not real complicated,” Woods said of Koepka’s season.

If an informal poll of players at The Northern Trust is any indication, the Tour could save on postage and just give Koepka the Jack Nicklaus Award right now.

Despite missing four months of the season with a wrist injury, Koepka has two victories among five top-10 finishes and enters the postseason second on the season-long points list, all in just 13 starts. In fact, one might argue that Koepka should easily win both the Player of the Year and Comeback Player of the Year awards, although the latter is no longer given out.

It’s not as though there’s no competition. Dustin Johnson, Justin Thomas and Bubba Watson have all won three times this season, but none have won when it mattered the most at a major.

Francesco Molinari might have the best argument to hold off on an early trophy presentation. After adding events to his schedule in a scramble to keep his Tour card, the Italian has won twice since July, including The Open.

Koepka will be the first to remind you that there are still four marquee events remaining this season as well as the competition for the FedExCup, but if the reaction from players at Ridgewood is an adequate straw poll this race is over.

“I don’t need a list. Two majors -  How do you not give it to two majors?” Kevin Na said. “Unless [Molinari] wins three tournaments, no way you can give it to him.”

Most players concede that if Molinari, Johnson, Thomas or Watson were able to seriously pad their resumes in the playoffs, the Player of the Year voting might actually require some thought. But that’s a big if.

“Somebody would have to get really hot,” said Brandt Snedeker, who was in a similar position in 2012 when he won the FedExCup but lost the Player of the Year race to Rory McIlroy. “Maybe, it’s tough. It would be really hard. If you win two majors you should be Player of the Year, it’s hard to take that away from anybody.”

In ’98, Mark O’Meara won the Masters and Open Championship, while David Duval finished that season with four victories (no majors) and 12 top-10 finishes. It wasn’t even a competition, with O’Meara running away with the Jack Nicklaus Award.

It was a similar ballot in 2008 when Padraig Harrington won The Open and PGA Championship, and easily claimed the Player of the Year Trophy over Vijay Singh and Kenny Perry, who both had three-victory seasons.

McIlroy won two majors in 2014 and the next year Jordan Spieth won a pair of Grand Slam events and finished inside the top 5 in the other two. Both were consensus Player of the Year winners.

But it’s not so much a precedent that requires an economy of scale when comparing seasons as it is an appreciation.

Not every player is ready to ship the Nicklaus Award to South Florida, c/o Koepka, Brooks.

“I wouldn't by any means say that it's over with. There's plenty of people or guys and there's four events left,” Thomas said.

Johnson also said he would withhold judgment until the smoke clears at East Lake at the season finale, but both Thomas and Johnson also acknowledged it would be an uphill climb for anyone to unseat Koepka atop the balloting for Player of the Year.

For his part, Koepka doesn’t seem to have any interest in coasting to the finish, pointing out that he’s treating each of the four playoff events like he would a major championship and explaining his desire to finish the season strong.

Koepka’s time under the public radar is coming to an abrupt end thanks to a singular season, but for his Tour frat brothers there’s no way to overlook what he accomplished.