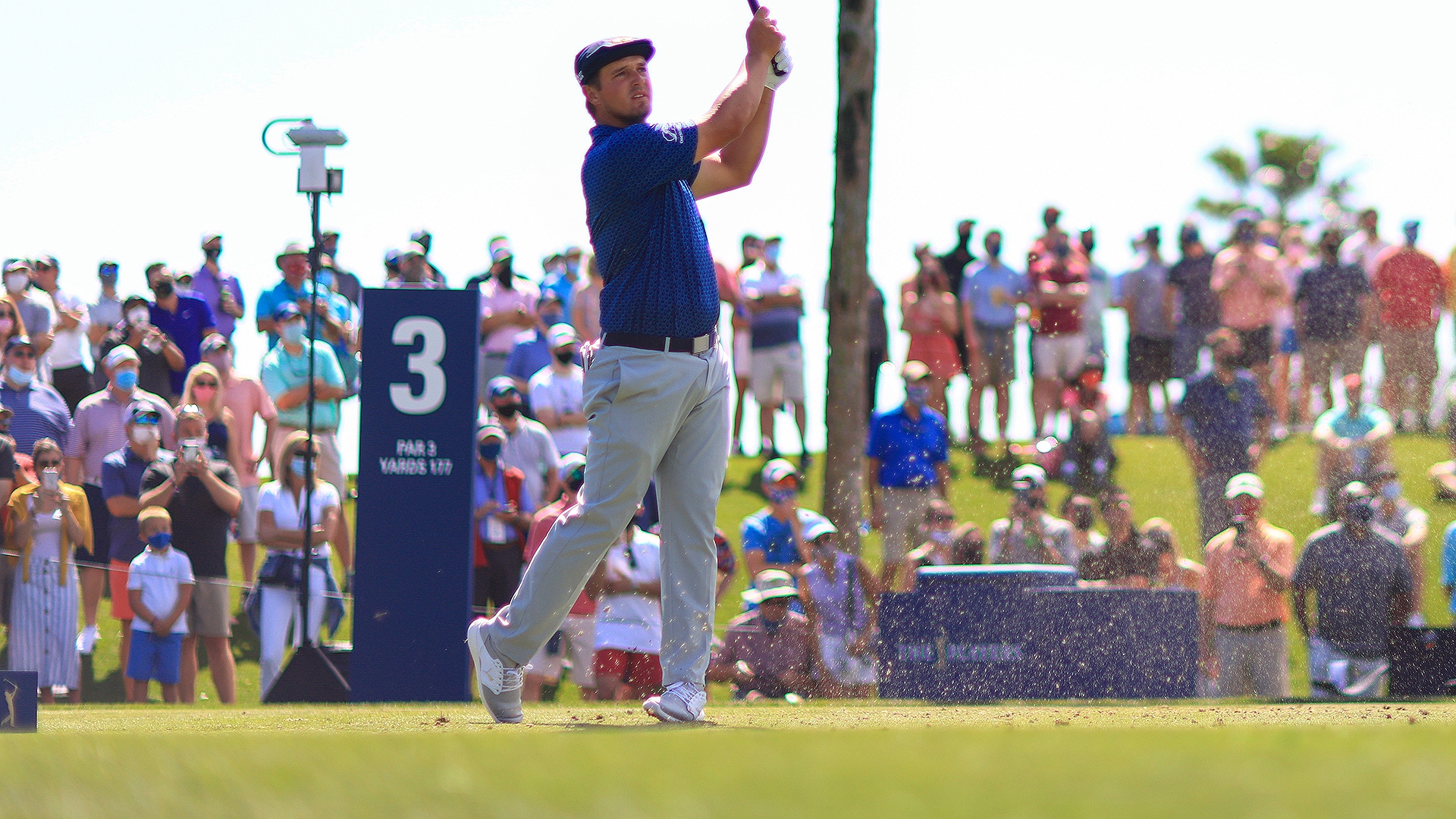 PONTE VEDRA BEACH, Fla. – When the late Pete Dye plowed 18 holes up from the north Florida swamp, he had no way of knowing this evolution of the game.

Dye was a savant, and during another time and another place he and Bryson DeChambeau would have probably been besties. But this is a different era, and DeChambeau’s brand of golf – let’s call it Bryson Ball – should have no place at Dye’s Stadium Course.

Yet, there he was, tied for second place after two trips around TPC Sawgrass, and trending toward his second consecutive PGA Tour victory.

There should be no room for the bludgeoner at the sanctuary of position golf. TPC Sawgrass isn’t about power as much as it is painting by numbers. The Stadium Course is more of a geometry formula that must be deconstructed, with the par-5 second hole being the ultimate workaround for the game’s most outspoken tactician.

On a picture-perfect morning, DeCham-boom bunted a “bad 4-iron” down the left side of the fairway, 248 yards from the hole, and gouged his next shot 262 yards to just short of the green for what, on paper, should have felt like a disappointing par.

But this wasn’t the hard-swinging hype man who fired up the galleries last week at Bay Hill with drives that sailed 377 yards across the lake at the par-5 sixth.

This was Bryson Lite and a brand of golf that used to be squarely in DeChambeau’s wheelhouse. The Stadium Course was the kind of thinking man’s examination that was perfect for his fast-moving mind. But that was before Big Bryson started eating everything in sight and swinging like he had something to hurt.

“For the most part it's position golf. Two years ago, I loved position golf, that was one of my favorite things, favorite golf courses. Pete Dye was my favorite architect from that sense where he just made it where you got to be Position A and hit it on the green, hit it close,” DeChambeau said. “It wasn't a bomber's paradise. I kind of like it a bomber's paradise a little bit more.”

It’s now an “XL” world for the 27-year-old, and that’s not just the shirts that he explained needed to be tailored to fit his evolving frame. He’s actually down nearly a full stone (12 pounds) over the last few weeks – and that’s with four protein shakes before lunch on Friday. If we could all be so fortunate. 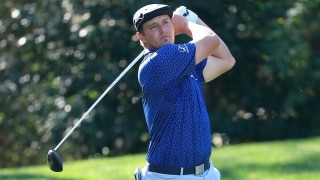 Bryson DeChambeau is struggling to find fairways at TPC Sawgrass, but he's still near the top of the board.

Last week he beat up on Bay Hill with predictable brutality – first in the field in driving distance and gaining more than seven shots off the tee for the week.

Although he’s still among the most powerful at the Tour’s flagship event, he ranked middle of the 156-player pack at TPC Sawgrass in strokes gained: off-the-tee, and he conceded that there are no holes on Dye’s masterpiece that allow him to fully unleash all that power.

Instead, he’s doing his damage with some next-level iron play. It’s exactly what Dye would have appreciated.

“I'm happy with the fact that I've still been able to keep myself in it and score well. I've been pretty lucky, for the most part. I don't think that'll happen this weekend,” said DeChambeau when asked about his driving through two frames. “I've got to make sure that my game is good off the tee, so I don't have those issues occurring and I don't have to rely on luck for the most part. I have to get it in the fairway.”

He found only a few precious fairways on Day 2, hitting 6 of 14, and none of those misses were more costly than his opening effort that sailed hopelessly right and into the trees on the 10th hole. He clumsily left his third shot short of the green and missed an 8-footer for bogey. This was it; Bryson would pay for his wayward ways on a course like the Stadium.

But DeChambeau’s grand experiment has been a series of dogma-shattering moments that started with his major breakthrough last fall at the U.S. Open on a Winged Foot layout that wouldn’t be overpowered – or so the thinking went. This week at Tour HQ is starting to feel the same following a second-consecutive 69 that left him a shot off the early lead.

DeChambeau ran up against the establishment this week when he suggested he’d take an unprecedented line off the 18th tee and down the ninth fairway. Officials, citing safety concerns, quickly countered with internal out-of-bounds. He shrugged, “I totally get it,” although he added that he’ll probably keep his creativity to himself in the future.

Asked if he’d consider hitting driver down the “proper” fairway on No. 18, “Not with my dispersion,” he explained. Instead, he’s played the closing hole this week in even par with an ultra-conservative 4-iron, 8-iron combination. Whatever works.

Sawgrass really isn’t DeChambeau’s brand of vodka – or in his case, chocolate milk – any longer. He’s largely traded the precision part of his game for power, and yet there he is, atop the leaderboard and flexing.