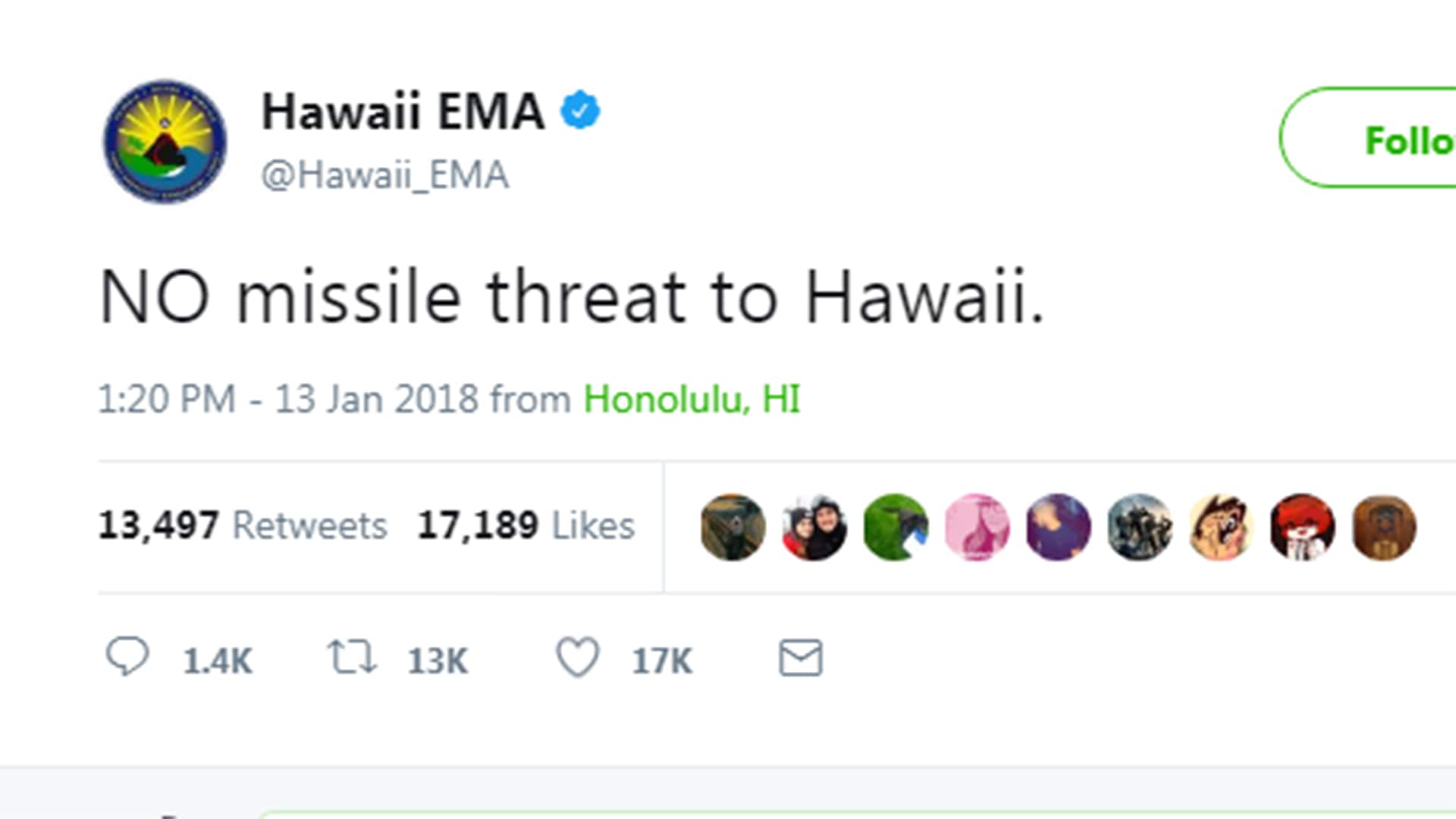 Hawaii residents and visitors received shocking mobile push alerts Saturday morning warning of an approaching ballistic missile, including those playing in this week's Sony Open in Oahu. The mobile alert instructed people to seek shelter, but Hawaii’s Emergency Management Agency quickly sent out a tweet stating that the message was sent in error.

Understandably, many in the golf community - both in Hawaii and not - were on high alert for several minutes.

To all that just received the warning along with me this morning... apparently it was a “mistake” hell of a mistake!! Haha glad to know we’ll all be safe https://t.co/sYmuVzymaQ

UM WHAT?!? This can’t be real. Stay safe everyone in Hawaii

Under mattresses in the bathtub with my wife, baby and in laws. Please lord let this bomb threat not be real.

Well this may be one of the scariest alerts I have ever received. Luckily it was a mistake. This is no small mistake. I hope it doesn’t happen again. pic.twitter.com/EjbwrJc5H0