As players prep for WGC, minds focused on Tiger Woods' health, not career 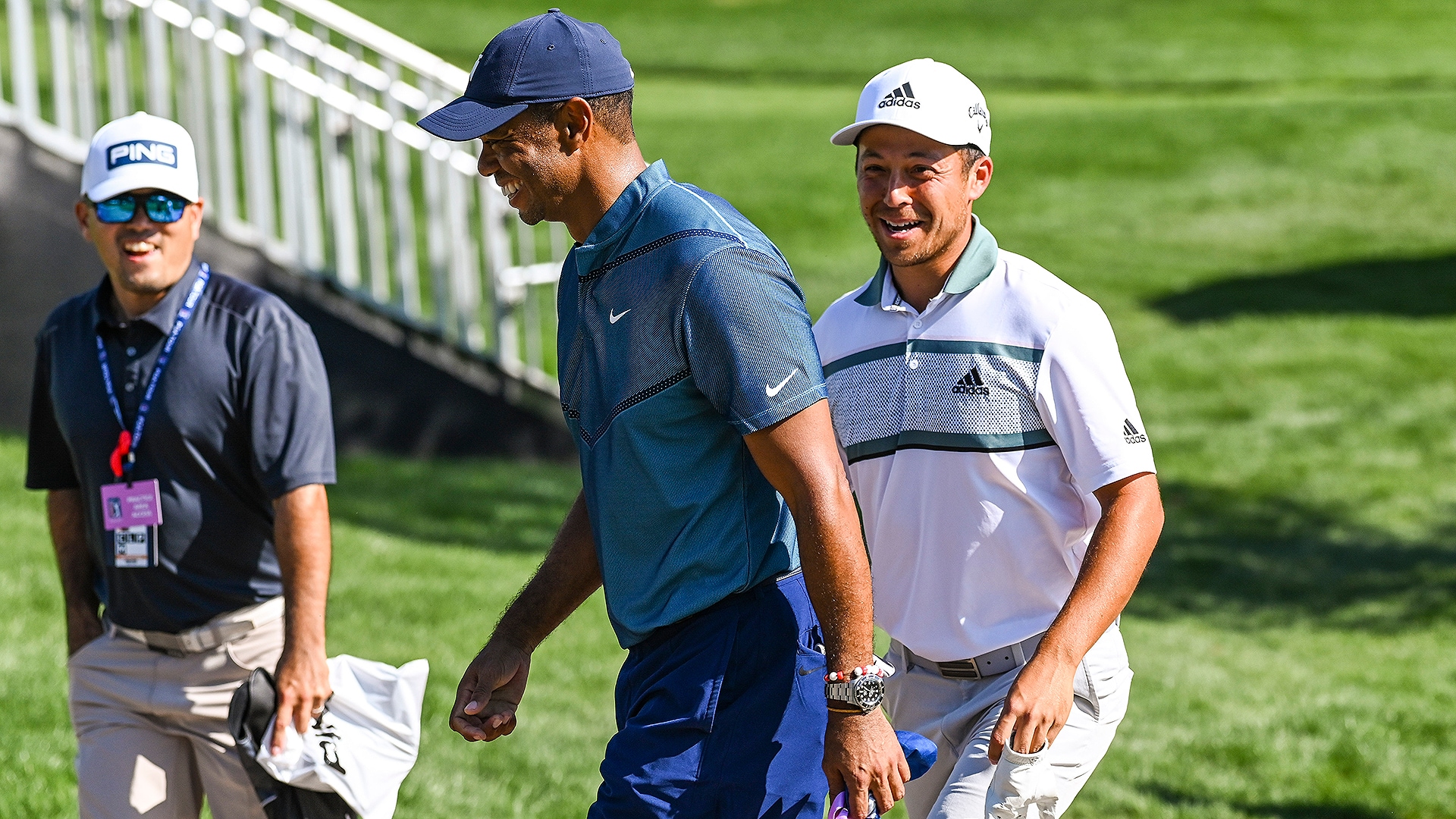 BRADENTON, Fla. – At least now we know what Tiger Woods is facing: a long, onerous, painful recovery from a shattered right leg and ankle.

Considering the bleak few hours Tuesday, when his condition was unknown, that grim portrait is actually a relief.

Most players here at the World Golf Championships-Workday Championship were on-site at The Concession when news quickly began to spread about Woods’ car crash near Los Angeles. Tony Finau was reading news updates on his phone during a practice round. Tyrrell Hatton heard about it while going through his pre-round warmup in the physio trailer. Xander Schauffele recalled how somber and gloomy the mood was on the practice putting green.

“It is quiet,” Schauffele said. “I can tell you it’s very quiet on-site for the most part.”

Back at PGA Tour headquarters, in Ponte Vedra Beach, Florida, commissioner Jay Monahan was on a videoconference when he received the call. He was so stunned, he had to ask twice what had really happened.

Monahan couldn’t focus on anything else the rest of the day. He couldn’t sleep last night. He arrived early Wednesday at The Concession to talk to players and officials, sure, but also to show and express his support for the Tour’s biggest attraction.

It might not be the easiest week to play golf, but the players are used to distractions. They’re used to compartmentalizing their personal and professional lives, to stuffing their feelings in their golf bag along with their keys, wallet and cell phone. “I think Tiger was the best at it,” Schauffele said. “We all kind of learned from him. He played some of the best golf with so much crazy stuff going on in his life, injuries and all kinds of crazy stuff. So I think Jay’s right. It’s kind of strange to share the same idol as everyone else out here, but we all do for a good reason. He is the reason a lot of us are playing golf, and the reason a lot of us do what we do.”

Once there was more clarity about the injuries that Woods had sustained, almost instinctually, a familiar thought pattern emerged: He underwent surgery. He’d soon begin his recovery. And then: Could he make another comeback, like he’s done so many times before?

But it’s too soon for that. It’s months – plural – before it can even be a consideration. Because, with 24 hours to digest the news, Jon Rahm’s mind was elsewhere: “I’m just thankful that Tiger’s still here. I don’t necessarily need to see him on a golf course again. I would love to, but I just hope he can live a normal life from here on.”

That sentiment was shared by Rory McIlroy, who has already seen Woods at his worst. In spring 2017, McIlroy had lunch with Woods shortly after Woods had undergone a last-ditch fusion surgery on his ailing back. At that point, Woods playing tournament golf, let alone winning a major championship, was unfathomable to McIlroy. “People don’t realize the struggle and the things he had to deal with to get to that point to win Augusta in 2019. I can’t think of any greater comeback in sports than the journey he made from that lunch we had in 2017 to winning the Masters a couple years later.”

And now this – serious injuries to Woods’ lower right leg and the emotional trauma of a rollover crash that required him to be removed through the windshield.

So, McIlroy was asked: Of all people, is Woods the one competitor who can come back from this?

“He’s not Superman,” McIlroy said. “He’s a human being at the end of the day. And he’s already been through so much. At this stage, I think everyone should just be grateful that he’s here, that he’s alive, that his kids haven’t lost their dad. That’s the most important thing. Golf is so far from the equation right now, it’s not even on the map at this point.”