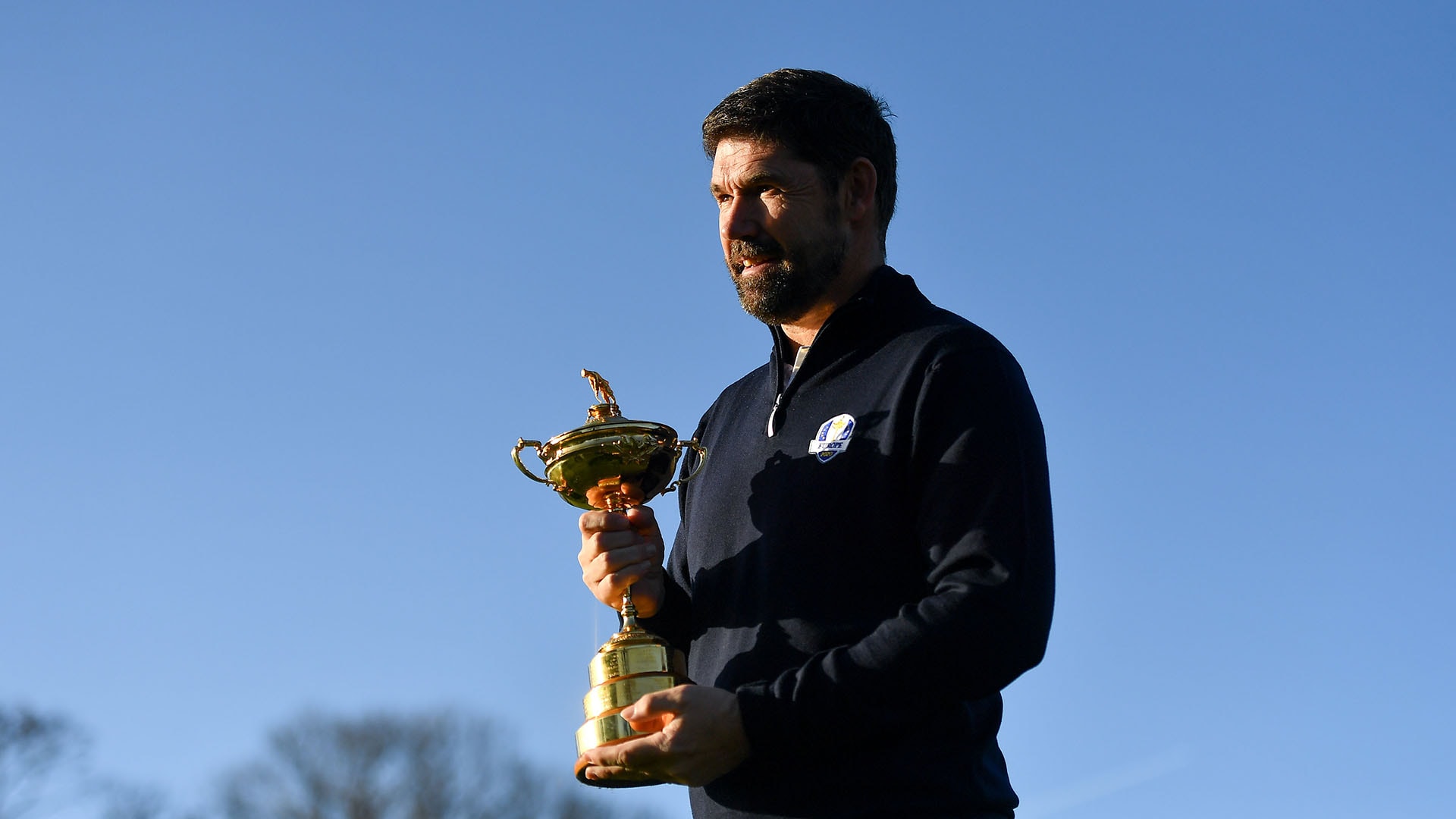 Padraig Harrington was, as expected, named 2020 European Ryder Cup captain. And those who have played with the Irishman had, as expected, no shortage of adjectives to describe Europe's new skipper.

“You would assume his attention to detail would be flawless because that’s just the way Padraig is with his own golf game,” said Paul Casey, a member of last year’s winning European team in Paris. “I’ve never met anybody that seems to be on this quest to find this secret to golf.”

When asked to describe what kind of captain Harrington might be, Ian Poulter, the heart and soul of the European team since 2004, rattled off a verbal resume that could double as a blueprint for a modern captain.

“He’s been vice captain, he has an abundance of experience, very thoughtful guy who would do a great job,” Poulter said. “He’s vocal and has plenty to say. He’s opinionated. From the time I’ve spent with him in a team room he’s always listened and that’s a great thing.”

But a shortage of qualified captains has never been Europe’s issue when it comes to the biennial slugfest. With few exceptions in recent years, Europe's selections have all been tap-ins. From last year's skipper Thomas Bjorn to 2004 frontman Bernhard Langer, Europe’s captains have all been liked, respected and experienced.

But if that’s the secret sauce, how does one explain Jim Furyk, last year’s captain for the U.S. who is equally liked, respected and experienced? The question remains: What makes a good captain?

“I’m not going to give away any secrets,” Casey said with a coy smile.

But even without access to Europe’s playbook there is a lesson to be learned from last year’s matches, which Europe won by a touchdown, and how Bjorn turned what many considered to be the underdog side into an unstoppable force.

In many ways, the Dane’s tenure is something of a glimpse inside the European team room. Although Bjorn was a player favorite from the moment he was named captain, he didn’t exactly fit the modern mold.

“Thomas can be a little rough around the edges at times, we’ve seen that, but going into this Ryder Cup he was about being there for this team,” said Luke Donald, one of Bjorn’s vice captains last year in Paris. “He was a little more approachable, a little bit smoother. He was friendly and good to be around and brought good atmosphere to the team room.”

Put another way, Bjorn was exactly what that particular team needed. Given an embarrassment of riches that included a healthy mix of veterans and newcomers, Bjorn went with a light touch, opting to let his veterans and vice captains deal with the minutiae and instead keeping his focus on the big picture and providing the occasional outlet (having the winning score tattooed on his rear being the ultimate example of this).

“Thomas was the best captain I’ve played for, and that’s pretty high praise,” Casey said. “I’ve known Thomas for years and I’m very good friends with Thomas, but the way he plays golf and his personality on the golf course I’m not sure I could have predicted how good he was going to be as a captain.”

Casey called Bjorn’s captaining style “organic,” a byproduct of his team more then the total sum of his experience and personality. It’s a notion that will likely dictate how Harrington, who has played on six European teams, will embrace his turn at the helm.

The most often-used portrayal of Harrington stems from his relentless pursuit of golf’s answers. Even after winning multiple major championships he forged a reputation for his relentless practice routines and unique training aids. In theory, this attention to detail would be a perfect fit for a job that demands a high understanding of the mundane.

“He’s very analytical, he’s a deep thinker. He’s served as vice captain enough now that he knows what his captaincy style is going to be like but the players will also know what their interactions are going to be with him,” Rory McIlroy said. “It’s a great move especially as a European captain playing in the United States, it’s hard not to like Padraig Harrington and he’s played well in America before.”

But as Donald learned last year in his first turn as a vice captain, leading a team is more about the individual personalities than the collective.

“You can over-captain a brilliant team, but if the team isn’t quite there or is struggling and needs some motivation then that’s the time a captain can really show his skills. Thomas’ only danger was over-captaining and he didn’t do it,” Casey said. “It’s why he was so good.”

By all accounts Harrington was the obvious choice – thoughtful, thorough, driven – but if Europe’s secrets have shown anything it’s that a captain, at least a successful captain, adjusts his style to the team he has, not the group he wishes he had.