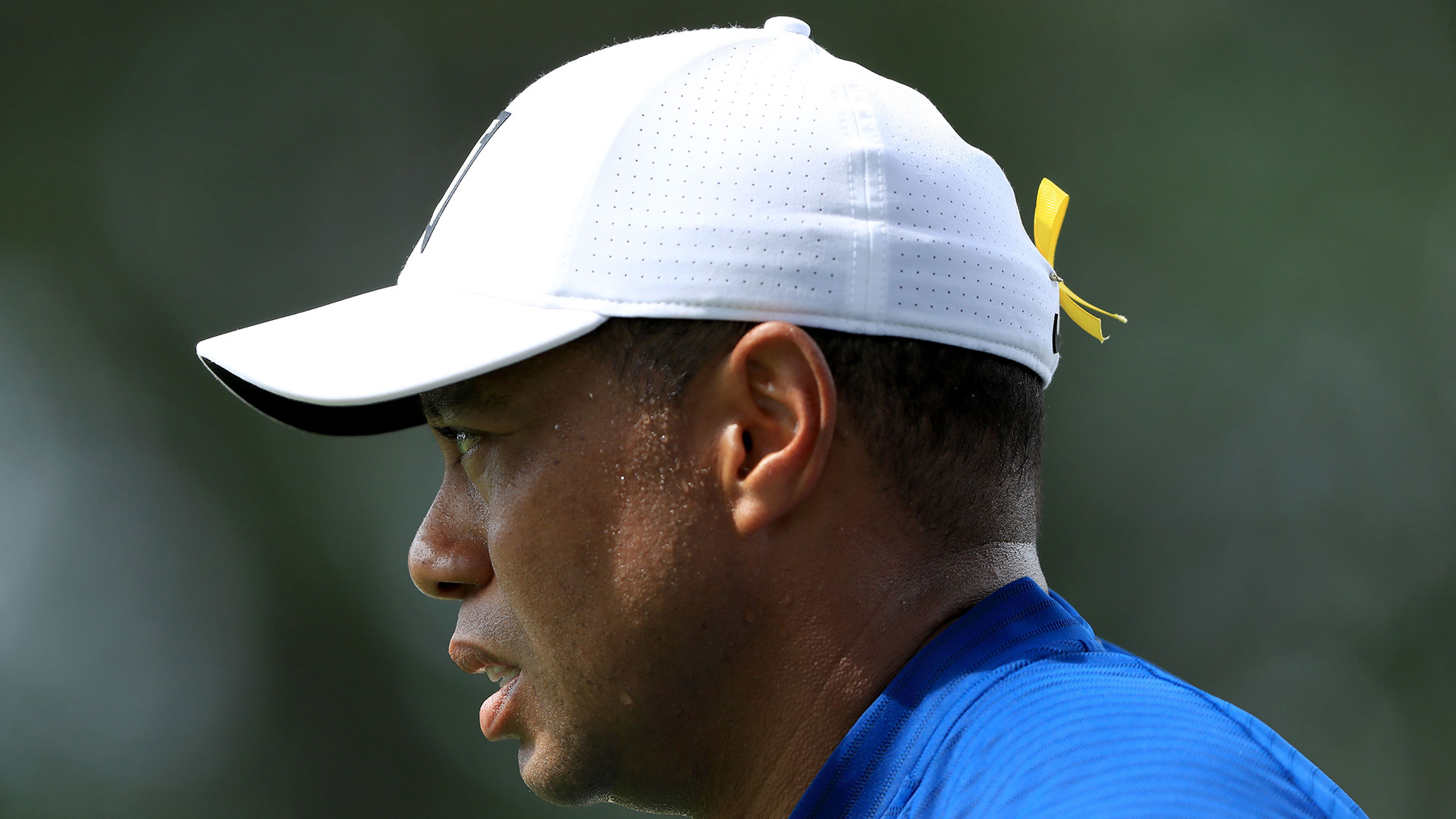 AKRON, Ohio – Jarrod Lyle only played three full seasons on the PGA Tour, his career cut short by two bouts with acute myeloid leukemia, but his legacy has touched nearly every player.

When news surfaced this week that Lyle has started “palliative care” because “his body is no longer able to fight [leukemia]” the support and sadness was universal.

On Thursday at the WGC-Bridgestone Invitational players wore yellow ribbons to show their support for Lyle.

“Devastating news. He's fought a long, hard fight and unfortunately it's got the better of him,” said follow Australian Marc Leishman. “I think the worst thing is with the young family. I've got three young kids and obviously he's got two little girls, so that's going to be hard for them, and of course [Lyle’s wife] Briony. And it's horrible for Jarrod as well. So yeah, it's just bad all around.”

Leishman opened with a 65 on Day 1 at Firestone and was tied for sixth place when he completed his round. Asked if he has any special motivation this week given his relationship with Lyle, Leishman was clear what a victory would mean to him.

“A big part of me wants to win it, yeah. That would be very nice to obviously have a good week for myself, but it would be great to have a beer out of that trophy for him,” he said. “It's a very sad week. A good friend of mine battling as hard as he is, yeah, it's tough.”