PALM BEACH GARDENS, Fla. – The betting odds on Mackenzie Hughes going into the Honda Classic wouldn’t have been good –  if you could have found them anywhere

He was coming off five consecutive missed cuts, with nine MCs in 11 starts this season.

Still, as tough as PGA National’s Champion Course is, Hughes had a feeling it could provide just the kick in the pants he needed.

“This golf course, I knew it would bring out my best, because it's just such a grind,” Hughes said after finishing runner-up to Sungjae Im on Sunday. “You just have to hang in there, hang in there and hang in there. I just fought my butt off all weekend. It was a lot of fun to be back in the mix.”

Hughes was fueled by yet another source of inspiration.

“I had a friend of mine who passed away last week in Charlotte, Daniel Meggs,” Hughes said. “All week, I marked my ball with his initials.

“I just want to tell Daniel, who's up in a better place now, and tell his family, that I'm really thinking about them. Daniel was an incredible human being, golfer at Wake Forest, and I was playing for him this week.”

Back in 2016, Hughes won in his fifth start in his rookie season on the PGA Tour, at the RSM Classic.

“It’s been a really tough season so far for me,” Hughes said. “I knew I was never really that far off, but it's all results, and the results weren't good.

“I always believed I could do it, but until you do it, and get yourself back in there, there was always that bit of doubt.”

Hughes closed with a 66, equaling Im for low score in the final round. At the last hole, Hughes missed a 20-foot birdie chance to get into a playoff.

“I loved having a chance,” he said. 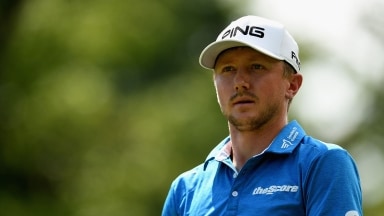 The new-look Rules of Golf will go into effect on Jan. 1, 2019, but PGA Tour pro Mackenzie Hughes isn't looking forward to most of the rule changes. 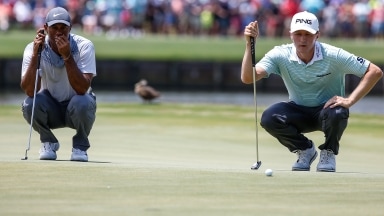 Hughes: Goosebumps and shivers with Tiger

Mackenzie Hughes had a front-row seat to Tiger Woods' Saturday 65 at The Players Championship, and he came away in awe of the experience.