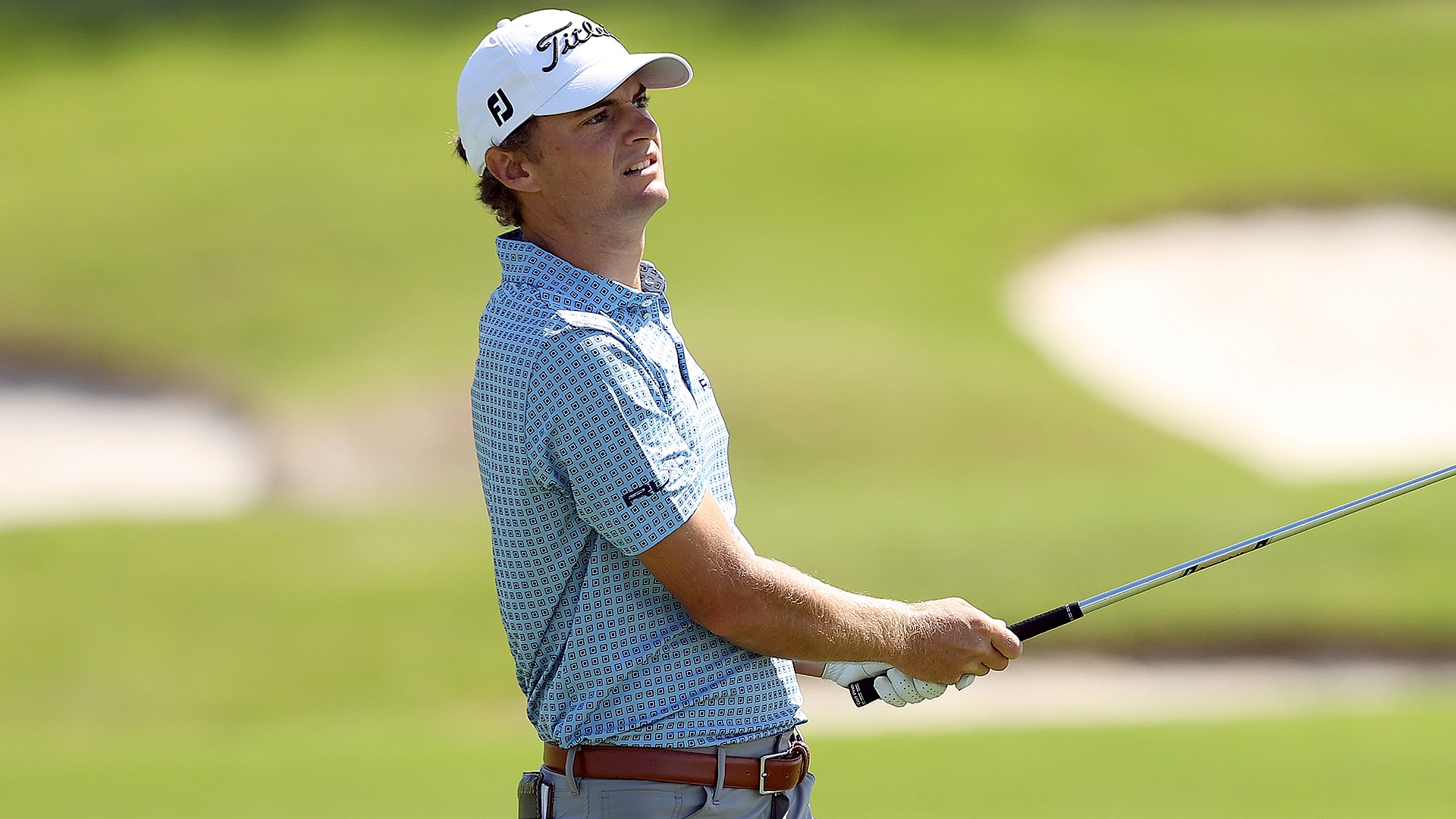 Fresh off a Walker Cup triumph, a trio of U.S. players competed individually in the opening round of the AT&T Byron Nelson.

Cole Hammer, Pierceson Coody and Tyler Strafaci are in the field this week at TPC Craig Ranch. Hammer and Coody, a pair of Texas Longhorn teammates, are getting ready for NCAA regionals, while Strafaci, a former Georgia Tech Yellow Jacket, is making his professional debut.

The three helped the U.S. to its third consecutive Walker Cup victory last week at Seminole Golf Club in South Florida. Thursday outside of Dallas, Texas, the course, the setup and reception were all very different.

“Seminole, we were hardly making any birdies and we were grinding for pars and we had a partner. Just a totally different kind of golf.

“You come out here and [the] course is playing long, but the greens are perfect so guys are making a ton of putts. Felt like I kind of had to press a little bit early on and I was missing some putts, and kind of settled in on the back nine and I was able to finish strong.”

Hammer had the low round of the day among his Walker Cup teammates, shooting 4-under 68. Beginning on the back nine, he parred his first seven holes before making back-to-back birdies by the turn.

He double-bogeyed the par-4 third, however, to drop to even par, only to birdie his final four holes to close his round.

Coody, also a junior in Austin, was making his PGA Tour debut on Thursday, though still as an amateur. He managed a couple of eagles on the par 5s, but also had four bogeys, one double and no birdies for a 2-over 74.

“I didn't quite have the game I wanted to. Drove it really well. Everything was quite a bit off, to say the least,” he said.

“But first Tour start was still fun. I still enjoyed being all there with all my friends and family here, so overall still a good experience and just see what happens tomorrow.”

Hammer and Coody will go back to team mode next week as Texas competes in NCAA regionals in Indiana.

Strafaci, however, will be plotting his next move as a pro.

The reigning U.S. Amateur champion struggled through a stomach virus at Seminole, losing 20 pounds, and was only able to play on the final day of competition. He stayed an amateur in order to compete in the Walker Cup and then turned professional, making his debut this week.

It was a solid beginning, with four birdies and two bogeys. But his 2-under 70 has him below the projected cut line on Day 1.

“I felt good. I had a good warmup. I just got out there and I couldn't draw it [the] first five holes. I was kind of hitting a weak right shot,” he said. “Just kind of started playing with a cut and made a couple birdies on the front, and actually hit it really well on the backside."

“So all in all, I fought pretty hard and I think I'm still in a decent spot with how I started.”