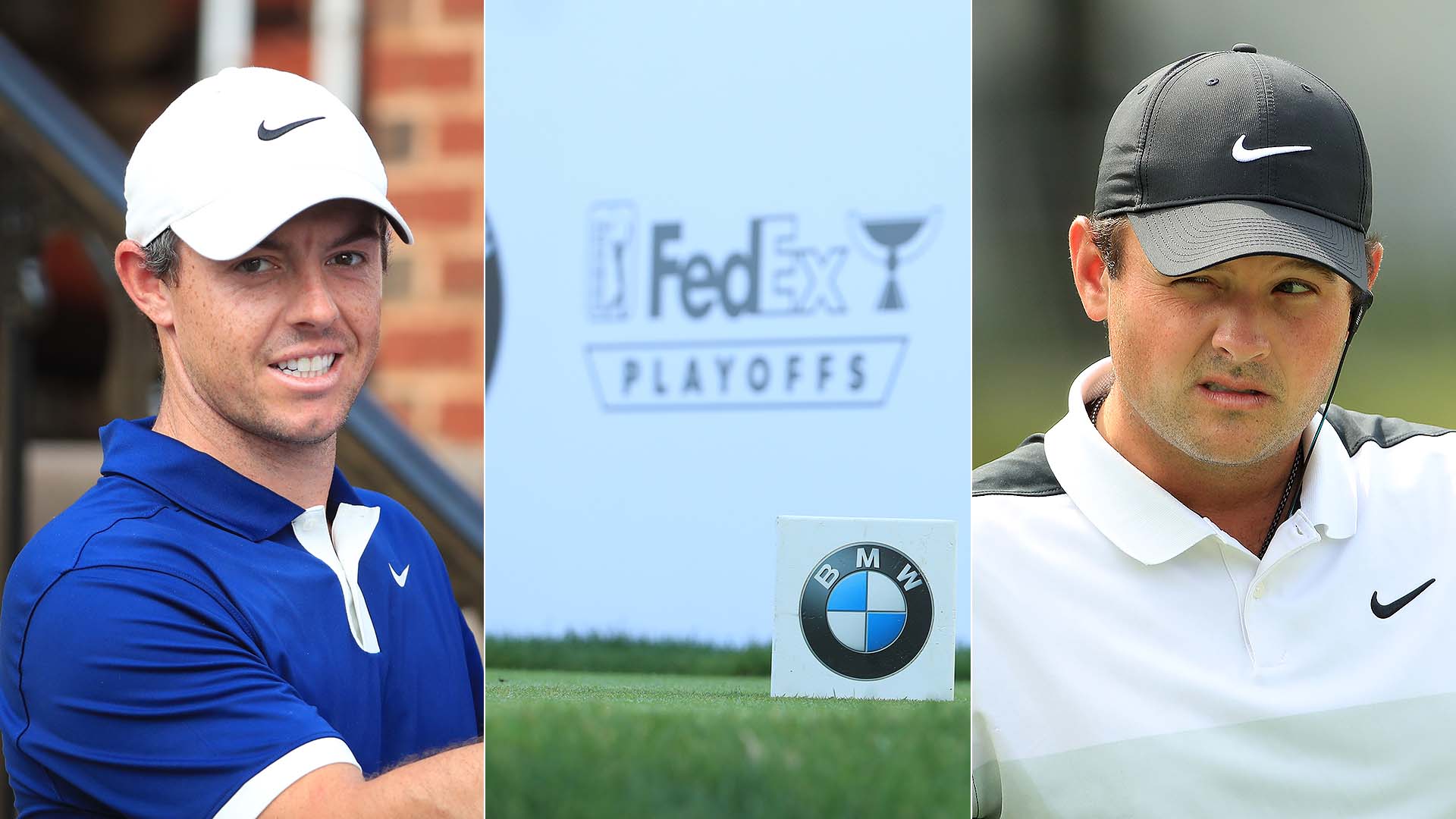 MEDINAH, Ill. – It’s been largely an abstract concept since being announced months ago, a far-away variable that mattered little in the present. But the staggered leaderboard that will be at the forefront of a revamped Tour Championship next week is quickly moving to the forefront of players’ minds this week at the BMW Championship.

Among the many changes to the season-long points race announced last year, including the move from four postseason events to three, was the move to equip the best players not with additional points, but fewer strokes. After the field is culled this week outside Chicago from 70 players to 30, those still left standing will be assigned a starting-stroke total ranging from even par to 10 under. After that, it’s game-on as everyone looks to chase down both the Tour Championship title and the $15 million top prize that will go to the newest FedExCup champ.

The shift from points to starting strokes is beginning to hit home on the eve of the penultimate event, especially for those whose starting total at East Lake could shift by a stroke or two with each birdie or bogey this week at Medinah Country Club. One of the best statistical seasons of Rory McIlroy’s career has him in third place heading into the BMW, a position that would equate to a 7-under starting total next week. If the standings hold, he’d tee off three shots behind Brooks Koepka and one shot behind Patrick Reed, a winner last week at the first playoff event.

“I want to be 10 under par standing on that first tee in Atlanta next week,” McIlroy said. “It’s hard enough to win golf tournaments when you’re all starting on a level playing field. But whenever it’s staggered like that, it’s a tough proposition if someone like Brooks Koepka or Patrick Reed or whatever is starting two or three shots ahead of you.

“Obviously 72 holes is a lot of golf to play, and things can happen. But I think it all evens out over the course of the week, and to spot guys of that caliber a few shots at the start of the week is pretty tough.”

Purists will likely bristle at the notion of starting the capstone of a 10-month season with a staggered start, and the path facing those at the bottom of the initial standings (Nos. 26-30 will all begin 10 shots off the lead) will certainly be arduous. But the counterpoint is that their fate now rests entirely in their hands. In the previous format, an extraordinary individual performance still had to be married with specific results from other players over which they had no control to snag the season-long prize.

The new system also removes the safety net that was previously in place for the players near the top of the points race heading into the final event. Previously a top-5 position in Atlanta not only meant you would win the FedExCup with a victory, but it also meant that you would likely remain inside the top 10 regardless of performance at East Lake. With that qualifier is gone, as a poor outing from a player like Koepka could erase a season of dominating performances and leave the likely Player of the Year in the bottom half of the final tournament – and season – standings.

“With our system, I think there’s more volatility this year,” said Paul Casey. “I know the mathematicians say that’s not the case, but I think they have no idea about what’s going to happen at East Lake.”

Casey’s position was borne out by his unique schedule over the last month. The Englishman played the regular-season finale in Greensboro - chasing a six-figure payday in the Wyndham Rewards standings - and then chose to rest by skipping the playoff opener last week in New Jersey.

That decision seemed to go as expected, as the de-facto bye week only dropped Casey from eighth to 13th in points. With the revamped Tour Championship scoring, that equates to a single shot at East Lake: Nos. 6-10 will begin at 4 under, while Nos. 11-15 will start at 3 under.

“If I miss out a place or two, or cost myself a shot or two in terms of starting position, I’m not worried,” Casey said. “I play East Lake very, very well. Yeah, this system’s going to be very different from the points structure we’ve had in the past.”

Those differences are beginning to sink in for players like Gary Woodland, who currently sits at No. 9 in points thanks in large part to his U.S. Open win in June. Woodland is familiar with East Lake, having advanced to the Tour Championship each of the last three years, but his starting score next week could fluctuate significantly based on his performance this week at Medinah.

“It’s going to be a huge adjustment for all of us. You’re just so used to going out, you play the four best rounds, you usually win the golf tournament,” Woodland said. “Next week, it’s a lot about positioning yourself going in. So it’ll be a little bit different.”

Fretting about starting score at the lucrative season finale is the PGA Tour’s version of a first-world problem. Next week the rich will become richer, and more than half the field gathered at the BMW would prefer any starting position at East Lake instead of watching from home.

But for a handful of elite players, this week isn’t about crunching scenarios for advancing. Their tickets are punched to the Tour’s 30-man close, and now it’s just a question of how far back they’ll start the party.

Sure, the awkward scenario exists where the player with the lowest 72-hole score doesn’t win the tournament. But there were multiple instances in the past where the East Lake champ didn’t lift the FedExCup, notably last year’s split trophy shot with Tiger Woods and Justin Rose.

And the staggered leaderboard, before a single shot is hit, could take some getting used to for fans and players alike. But the questions should dissipate as the week goes on, with players soon engrossed in a familiar position: look at my score, look at the leaderboard, and shoot a number that closes the gap.

“The points were fairly complex and fairly complicated,” said Matt Kuchar, currently slotted in fourth. “I think this will be pretty easy.”