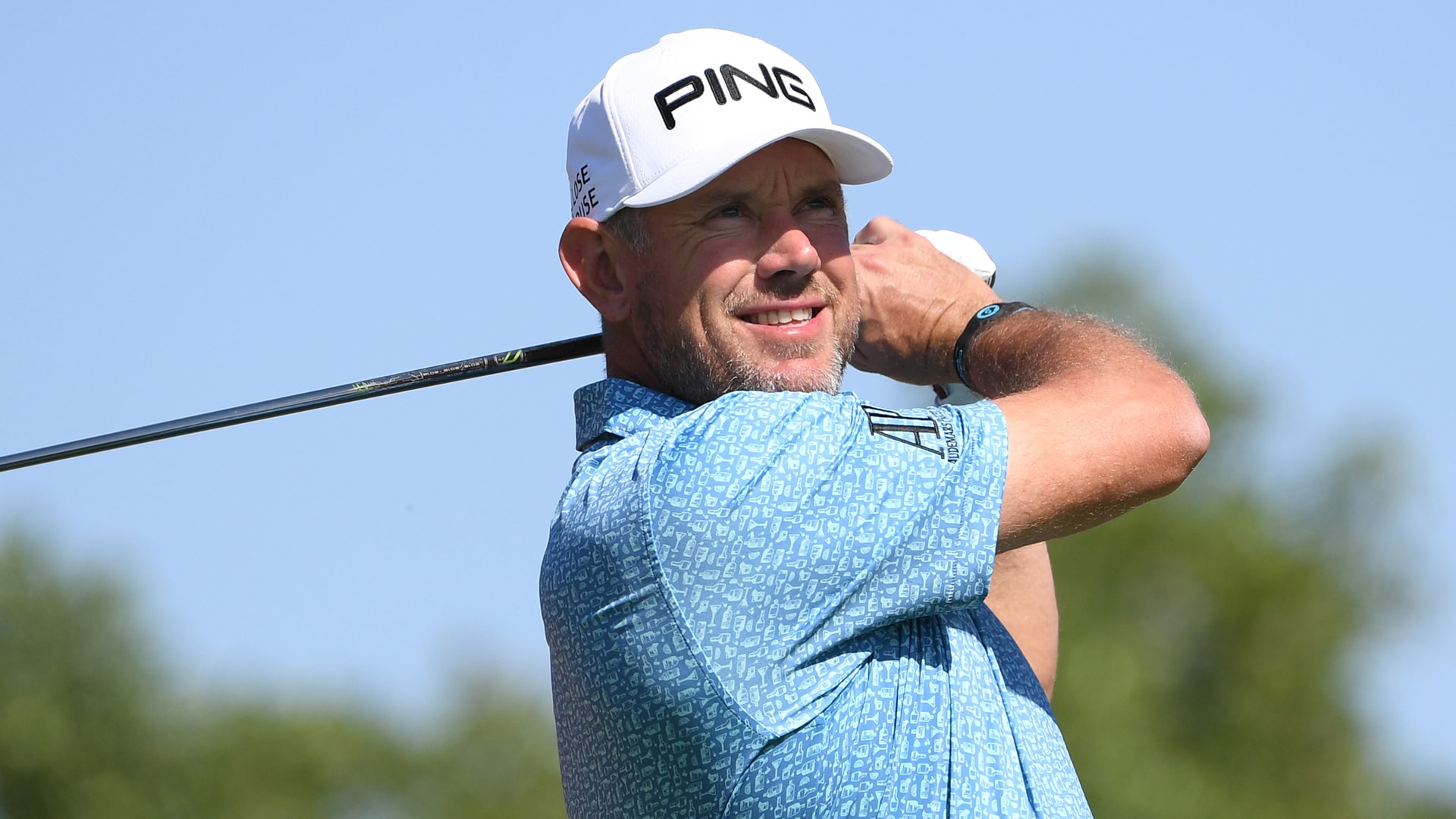 Lee Westwood’s Christmas vacation is over, but he’s still feeling quite relaxed.

Westwood barely touched a club since playing the European Tour’s season finale in Dubai last November. He spent the holidays in Thailand and didn’t bring his sticks. When he arrived in Abu Dhabi last Friday, he finally got some decent work in with swing coach Robert Rock.

Yet the 46-year-old Englishman isn’t showing any rust. Through 54 holes of the Abu Dhabi HSBC Championship, Westwood leads at 17 under after a third-round, 7-under 65 Saturday at Abu Dhabi Golf Club.

“I didn't hit as many balls as I'd like [on Friday], but I've done some hard work here on Monday and Tuesday and Wednesday, and been working with Rocky and the swing feels like there's a bit more width into it and I've driven the ball well,” Westwood said. “Putting lovely. Rolling the ball nicely, and you know, not really hitting any bad shots. Not putting myself under any pressure.”

On Saturday, Westwood carded six birdies and an eagle at the par-5 eighth hole after hitting a hybrid from 266 yards to 3 feet. He almost had another eagle on the par-5 finishing hole, his eagle lag running just by the hole, before Westwood had to convert a tricky hard-breaking birdie putt.

That was one of few stressful moments for the veteran, who has just three bogeys through three rounds thanks in large part to a recent swing adjustment that he's dialed in since returning from his beach vacation.

Westwood explained that over the years his wrist hinge has become more and more pronounced, and that he and Rock have worked on getting the wrists straighter on takeaway.

“When you've been doing something for 20 years, it's hard to take it out on the golf course, but I managed to take it from the range to the golf course,” Westwood said. “Got a bit of length back because I got some width back and a lot wider at the top, and angle and attack on my iron shots is better.”

After winning in late 2018 in South Africa and another solid year in 2019 that included a T-4 at The Open, Westwood doesn't appear to be going away any time soon.

Westwood currently sits at No. 63 in the Official World Golf Ranking, and his sights are set to get back inside the top 50 in order to qualify for both spring WGC events. He also plans to play the Valero Texas Open the week before teeing it up in the Masters, his first start at Augusta National since 2017. Westwood owns six top-10s, including two runner-up finishes, in 18 career Masters starts.

Further down the leaderboard in Abu Dhabi, Matthew Fitzpatrick is solo fourth at 12 under while Sergio Garcia is another shot back alongside Kurt Kitayama. Americans Patrick Cantlay and Brooks Koepka are 7 under and 5 under, respectively. Koepka bounced back from a second-round 75 to make six birdies and shoot 70.