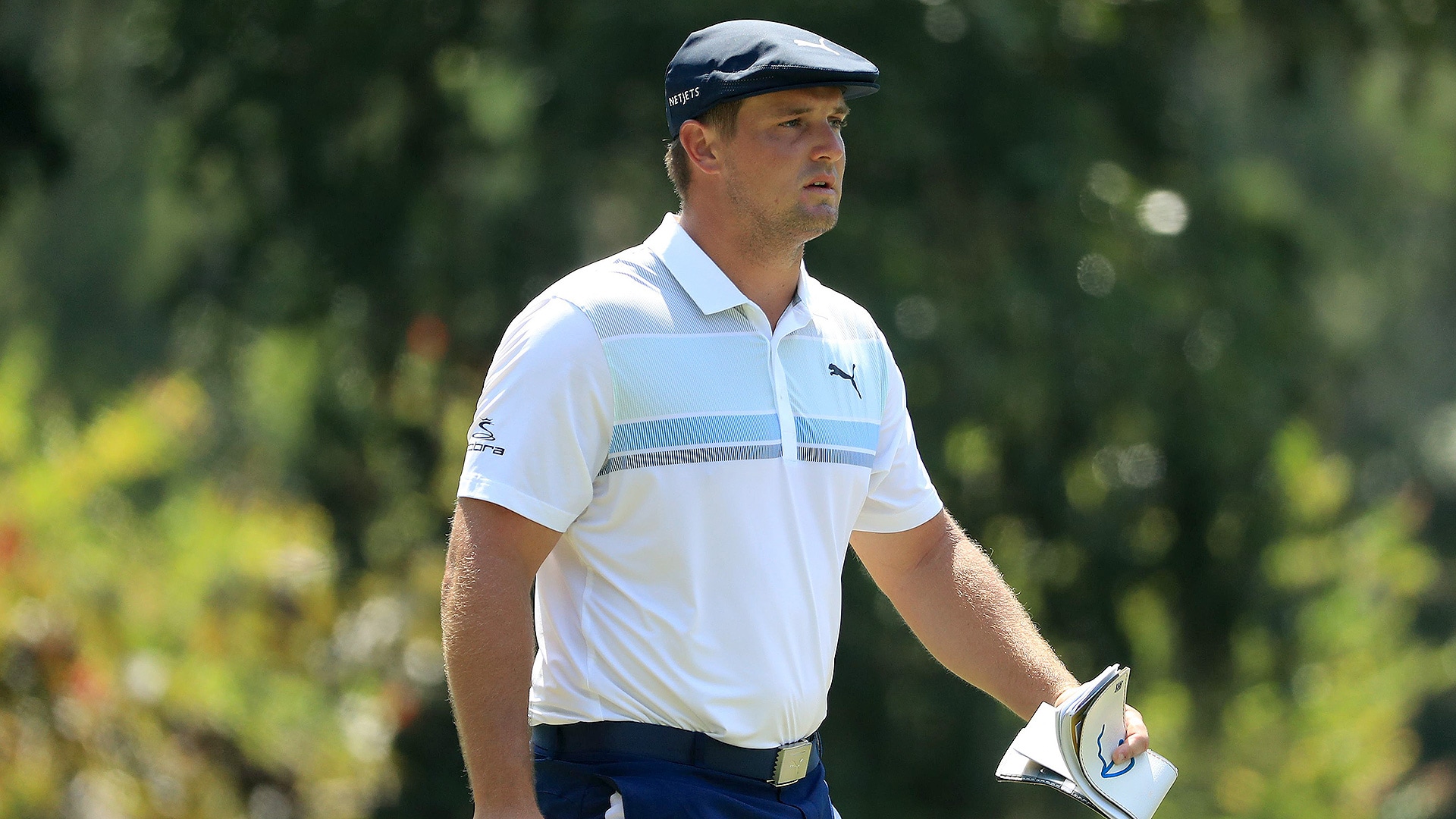 HILTON HEAD ISLAND, S.C. – One would imagine there were plenty who followed Bryson DeChambeau’s idea of a diet during the quarantine.

“It's a two-to-one, carb-to-protein ratio, and I literally just have at it. I eat whatever I want whenever,” Big Bryson explained. “Obviously, I'm trying to control the intake of sugars, but carbs are fine because I'm obviously sweating like crazy out here.”

And calories? Who cares.

Experts will tell you poor eating habits can be the byproduct of boredom, which was the primary pastime during isolation. It’s also what motivated DeChambeau to pack on 20 pounds of mostly muscle during the PGA Tour’s COVID-19 hiatus - although there’s always a method to DeChambeau’s madness.

“I got bored. I love the game of golf, and I love the journey that it takes me on, and I want to keep pursuing different avenues to try to get better, be the best that I can possibly be, and I felt like this is one that I could accomplish,” he said.

At last week’s post-quarantine lid-lifter, DeChambeau was the talk of the Tour. He arrived at Colonial 20 pounds heavier and throwing TrackMan numbers around like he was playing a video game. He talked of ball speeds with his driver in excess of 190 mph and turned heads with a swing that more resembled those in a long-drive competition.

At first, Big Bryson was a curiosity. That was before he tied for third at Colonial and power-lifted himself to within a shot of the lead at the RBC Heritage with a second-round 64 on Friday.

Big drives, not to mention Big Bryson, are nothing new on Tour and perhaps this is only rattling the foundations of the game because it’s happening at the Colonials and Harbour Towns of the Tour world. These classic outposts are supposed to be immune to the brutish power game that has become the norm in professional golf. And yet there’s DeChambeau, who contends Harbour Town Golf Link’s tight fairways and overhanging oaks are plenty intimidating.

“It's scary at some points in time for me because I'm like, how do I fit it in there rather than just trying to give it my full blow that I'm comfortable with, but that's a part of the game,” DeChambeau said.

The implied takeaway here is that Big Bryson has spent the last 36 holes steering his way around Harbour Town, one 323-yard drive, like his effort at No. 3 on Friday, at a time.

There will be those who point to the small sample size of DeChambeau’s exhibition, but just imagine how the hard-swinging 26-year-old might fare on a big ballpark like Muirfield Village, where he’s won before, or East Lake?

DeChambeau has said he wants to transform the game and this, more so than single-length clubs or his uber- analytical approach, has the potential to be the path forward. Imagine a time in the not-so-distant future when kids across the country start chugging protein drinks and bench-pressing elephants before each round.

For better or worse, Big Bryson is the extreme version of the modern prototype.

While golf’s traditionalists decry the loss of skill and the evils of modern equipment, DeChambeau's physical transformation is the paradigm of power that can’t be legislated. The USGA and R&A can dial back the golf ball, lengthen courses and grow rough, but they can’t ban gyms or, at least in DeChambeau’s case, all-you-can-eat buffets.

“They're going to roll something back, but they're not rolling him back. His body is just getting better and better,” said Davis Love III, who played the first two days with DeChambeau.

Perhaps Rickie Fowler is right. The voice of reason opined this week that life beyond the 195-mph ball speed mark is uncontrollable and therefore not suited for Tour play. That hitting one out of eight drives in play may work at long-drive competitions but not in the pro game.

But the reality, at least the reality six rounds into golf’s return, is that Big Bryson is No. 1 this week in strokes gained: off-the-tee and tied for sixth in greens in regulation, which suggests we haven’t reached that tipping point just yet.

An entire generation of nutritionists, not to mention golf course architects and fellow Tour pros, are curious when or if DeChambeau might dip into diminishing returns. Big Bryson has always taken the path less traveled, but this version is poised to eat his way to the answer.