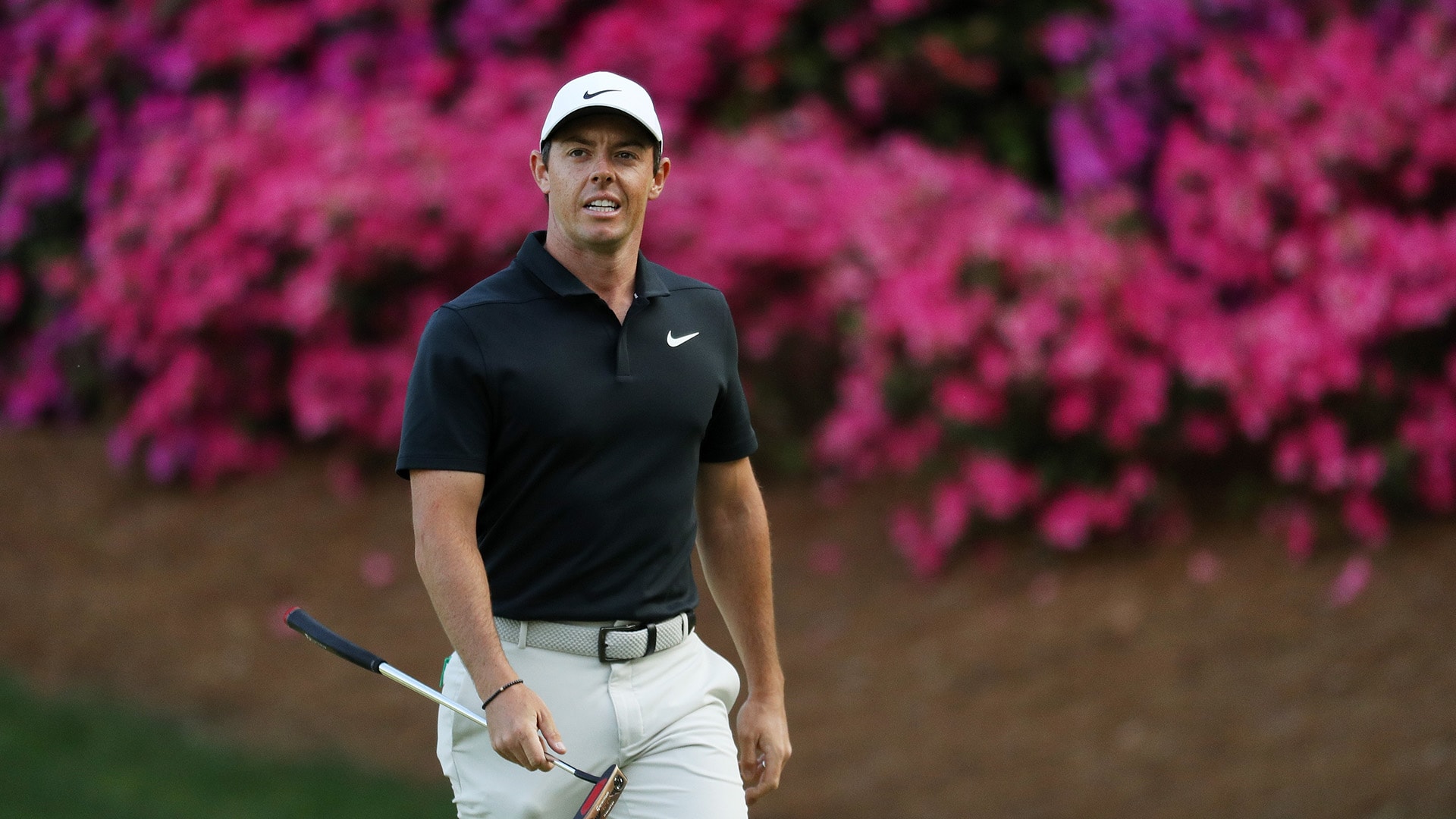 The contest continues this week with the year’s first major, the Masters Tournament, where Patrick Reed is the defending champion but Rory McIlroy enters as the clear favorite. Here’s a look at some of the top players you should consider when making picks:

1. Rory McIlroy: If there’s a time for him to complete the career Grand Slam, it’s now. He hasn’t finished worse than T-9 this year and leads Tour in strokes gained: tee-to-green – and it’s not even close. He tied for fifth last year at Augusta National and in 10 career starts he’s cracked the top 10 in half of them.

2. Justin Rose: Back to world No. 1, Rose is poised for another strong Masters showing. He has five top-10s in 13 career starts, including two seconds, and was T-12 last year. He’s riding a streak of two straight top-10s this season, too.

3. Dustin Johnson: Last year’s T-10 was his third top-10 in eight starts. He was T-4 in 2016 before missing 2017 with a week-of back injury. Hasn’t driven it as well this season, but he still ranks fifth in strokes gained: tee-to-green to go along with ranking 13th in stroked gained: putting. In his past six stroke-play events, DJ has two wins and three other top-10s.

4. Justin Thomas: After a run of four top-10s in five starts to begin the year, JT hasn’t finished better than T-24 in his last three. He has no top-10s yet in three trips to Augusta National, but he is coming off his best finish there, a T-17 last year. He ranks fourth in strokes gained: approach-the-green and his short game has been stellar this season. He’s also the Tour lead in par-5 scoring.

5. Jon Rahm: He’s coming off a solo fourth last year in just his second trip to Augusta National. He’s one of the best drivers of the golf ball on Tour, but his chances of winning will come down to iron play – his strokes gained: approach-the-green numbers are the third worst among top-25 players in strokes gained: tee-to-green. He hasn’t missed a cut in 15 events and has 10 top-15 finishes during that span.

6. Tommy Fleetwood: Last year’s sophomore attempt at Augusta National resulted in a T-17, and he’s looking for more this year after cracking the top 5 at Bay Hill and TPC Sawgrass. He’s got the tee-to-green game to win at Augusta National.

7. Matt Kuchar: A two-time winner this season, his resurgence has been partly due to his improved ballstriking. He is sixth on Tour in strokes gained: approach-the-green. He’s cracked the top 10 in one third of his 12 Masters starts, and he enters this year coming off a runner-up finish at Match Play and T-7 at Valero.

8. Hideki Matsuyama: He hasn’t missed the cut at the Masters as a pro and has cracked the top 10 twice in seven starts with a best finish of fifth in 2015. He ranks second in strokes gained: approach-the-green, and he’s posted six top-25s, including three top-10s, in his past seven starts. He also arrived at Augusta National early and played a practice round on Friday.

9. Tiger Woods: A four-time winner of the Masters, Woods returned to Augusta National last year and finished a disappointing T-32. His iron play will keep him in the tournament, but can he make enough putts? One positive is that Woods ranks sixth in strokes gained: around-the-green. He was T-5 at Match Play and has seven top-20s in his last eight worldwide starts.

10. Rickie Fowler: He’s coming off his best Masters finish in eight career starts, a solo second to Patrick Reed. He’s also rolling it nicely this season, ranking eighth in strokes gained: putting. However, since winning Phoenix and tying for second at Honda, he’s gone three straight events without a top 15.

11. Paul Casey: He’s been in contention a bunch this year with a win and three other top-3 finishes. He has five top-10s in 12 starts at Augusta National, where he was T-15 last year.

12. Bubba Watson: The lefty and two-time Masters champ can’t be counted out. He shared fifth last year, though that was just his third career top-10 in 10 starts. He tied for fourth in Tampa in his last stroke-play event.

13. Xander Schauffele: He shared 50th in his Masters debut last year, but it’s always tough to figure out Augusta National on the first try. He is having one of his best ballstriking seasons, ranking T-13 in strokes gained: approach-the-green. Since his second win of the season, at Kapalua, Schuaffele has five top-25s in six starts.

14. Sergio Garcia: One hole derailed his tournament last year, but he’s just two years removed from slipping on the green jacket. His iron play remains strong as he ranked eighth in strokes gained: approach-the-green. He tied for fifth at Match Play and has four other top-10s this year.

15. Jason Day: It’s been eight years since his runner-up Masters finish in 2011, but the Aussie does have three top-10s in eight career starts. However, his back is always a concern right now, even if he is one of the Tour’s best putters. He was T-8 at The Players, but he also withdrew from API and missed the cut at Valspar.

16. Brooks Koepka: After missing last year because of injury, Mr. Major will make his fourth Masters start. Though he has no top-10s in those appearances, he did share 11th in 2017. His current form is lacking since a T-2 at Honda, as he’s missed a cut and tied for 56th twice.

17. Marc Leishman: It’s been feast or famine this season. He has a win and four other worldwide top-4s since the end of last year’s Tour season, but he also has three finishes outside of the top 40, including a missed cut at The Players. He does play Augusta National well, though, as he notched his second top-10 in six Masters last year by finishing ninth.

18. Jordan Spieth: In just five career Masters starts, he has a win, two top-3 finishes and another top-10. Thirteen of his 20 rounds at Augusta National have been under par. But he’s in the midst of a big slump, having finished T-30 or worse in all but one of his past 11 starts.

19. Charley Hoffman: He's perfect in five starts at Augusta National, where he tied for ninth in 2015 and shared 12th last year. Oh, and despite missing six of nine cuts entering Valero, he placed second at TPC San Antonio. Perfect timing.

20. Bryson DeChambeau: He tied for 21st as an amateur in 2016 before posting a T-38 last year in his pro debut at Augusta National. He ranks second in par-5 scoring. While he has four wins in his past 15 starts, he’s failed to finish better than T-40 three times in his last four. 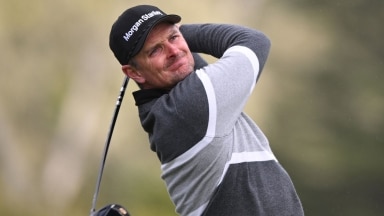 With a Monday finish on tap, Rose leads Pebble 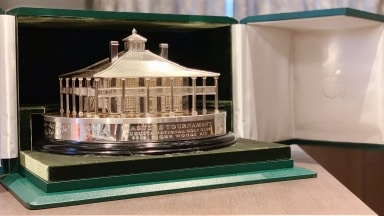 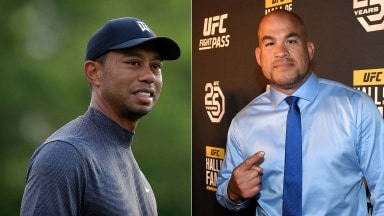 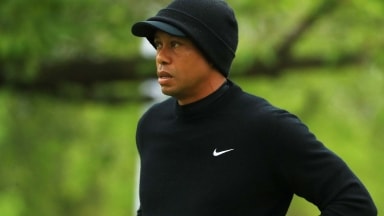