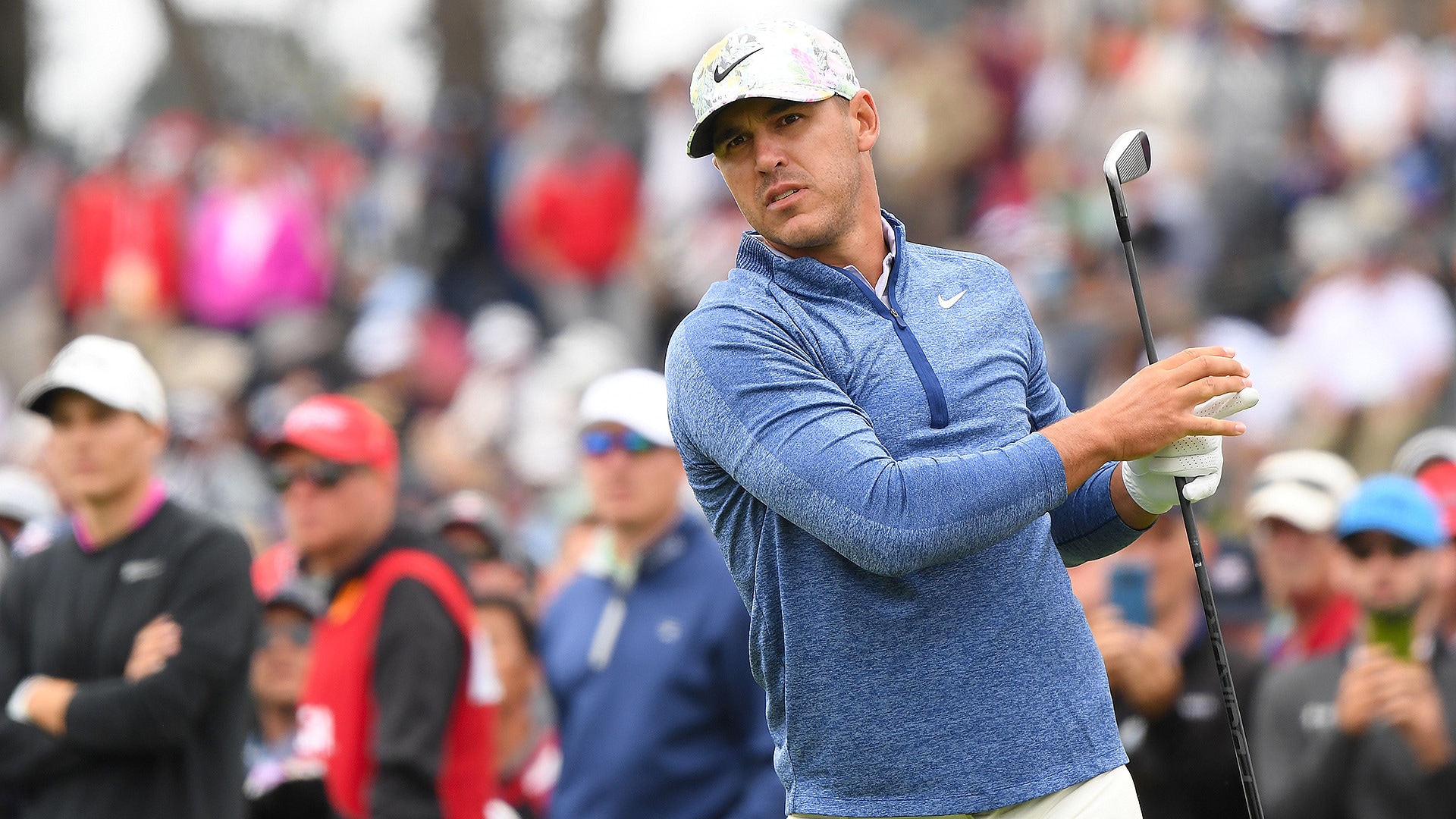 The contests continues this week with the U.S. Open, as the PGA Tour heads across the country for the Travelers Championship. Here’s a look at some of the top players you should consider when making picks, as Bubba Watson defends his title in Connecticut for the third time:

1. Brooks Koepka: There is no major trophy at stake this week, so perhaps Koepka's name should be dropped a few pegs. But even still his form remains other-worldly, as he heads to Travelers off a U.S. Open runner-up just like he did last year after his win at Shinnecock. That led to a T-19 finish, on the heels of a T-9 result here in 2016, and there's no reason to expect a letdown after a rare dose of major disappointment.

2. Paul Casey: Casey has done everything but win this event, forfeiting a four-shot lead last year as Watson raced past him in the final round. The Englishman successfully defended a title earlier this year in Tampa, and he returns to Cromwell off a T-21 finish at Pebble that included a Sunday 67. In four trips to TPC River Highlands he's finished outside the top 5 only once.

3. Patrick Cantlay: You have to go all the way back to The Players in March to find a result outside the top 25 for Cantlay in an individual event. A winner earlier this month at the Memorial, Cantlay finished T-15 at this event last year and, as an amateur star at UCLA, shot a 60 on this course back in 2011.

4. Jason Day: A switch at caddie may have been just what the Aussie needed, as Steve Williams piloted him to a T-21 finish last week that feels like the tip of the iceberg. Day tied for 12th at this event last year despite a final-round fade, and his missed cut at the Memorial is the only time he's finished outside the top 25 in his last five starts.

5. Bubba Watson: This has been a happy hunting ground for the southpaw, who won this event in 2010 and 2015 in addition to last year's triumph, when he turned a six-shot deficit into a three-shot win thanks to a closing 63. Watson hasn't done much of anything since a T-12 finish at the Masters in April, missing the cut at both subsequent majors, but he tends to turn up his game for this event.

6. Jordan Spieth: It's been two years since the rake toss heard 'round the world, when Spieth topped Daniel Berger in a memorable playoff at this event. While he didn't factor at Pebble, Spieth has shown signs of a turnaround - most notably that T-3 finish at Bethpage - and now returns to an atmosphere with laid-back vibes and plenty of good memories. Should the putter cooperate, he could be in for another big week.

7. Marc Leishman: The Aussie earned his first career PGA Tour victory at this event back in 2012, and last year's missed cut was just the second time since then that he finished outside the top 30. Leishman has five top-5 finishes on Tour this season, highlighted by a win in Malaysia in the fall and including a fifth-place showing earlier this month at the Memorial.

8. Bryson DeChambeau: DeChambeau has made a clear progression at this event, going from T-47 in his 2016 debut to T-26 and finally a tie for ninth last year. That final showing included four straight rounds of 68 or better on the par-70 layout, and while DeChambeau hasn't cracked the top 10 since Saudi Arabia he has shown some signs of a return to form - notably a Sunday 66 at Memorial and a closing 69 at Pebble.

9. Francesco Molinari: The reigning Open champ has been sluggish since challenging for a green jacket, but Molinari's short game was on point last week at Pebble en route to a T-16 finish. A similar performance on and around the greens this week could lead to an even bigger result, as Molinari returns to Cromwell for the first time since a T-47 showing in 2016 when his game was in a far different place.

10. Kevin Streelman: Streelman's birdie run en route to the 2014 Travelers title is the stuff of legend, and the veteran has also mixed in two other top-10 finishes at this event. He hasn't played since a final-round 66 gave him a T-4 finish at the Memorial, which actually served as his third top-10 finish in his last five starts. Streelman can go low, and this is certainly a place where he can (and has).