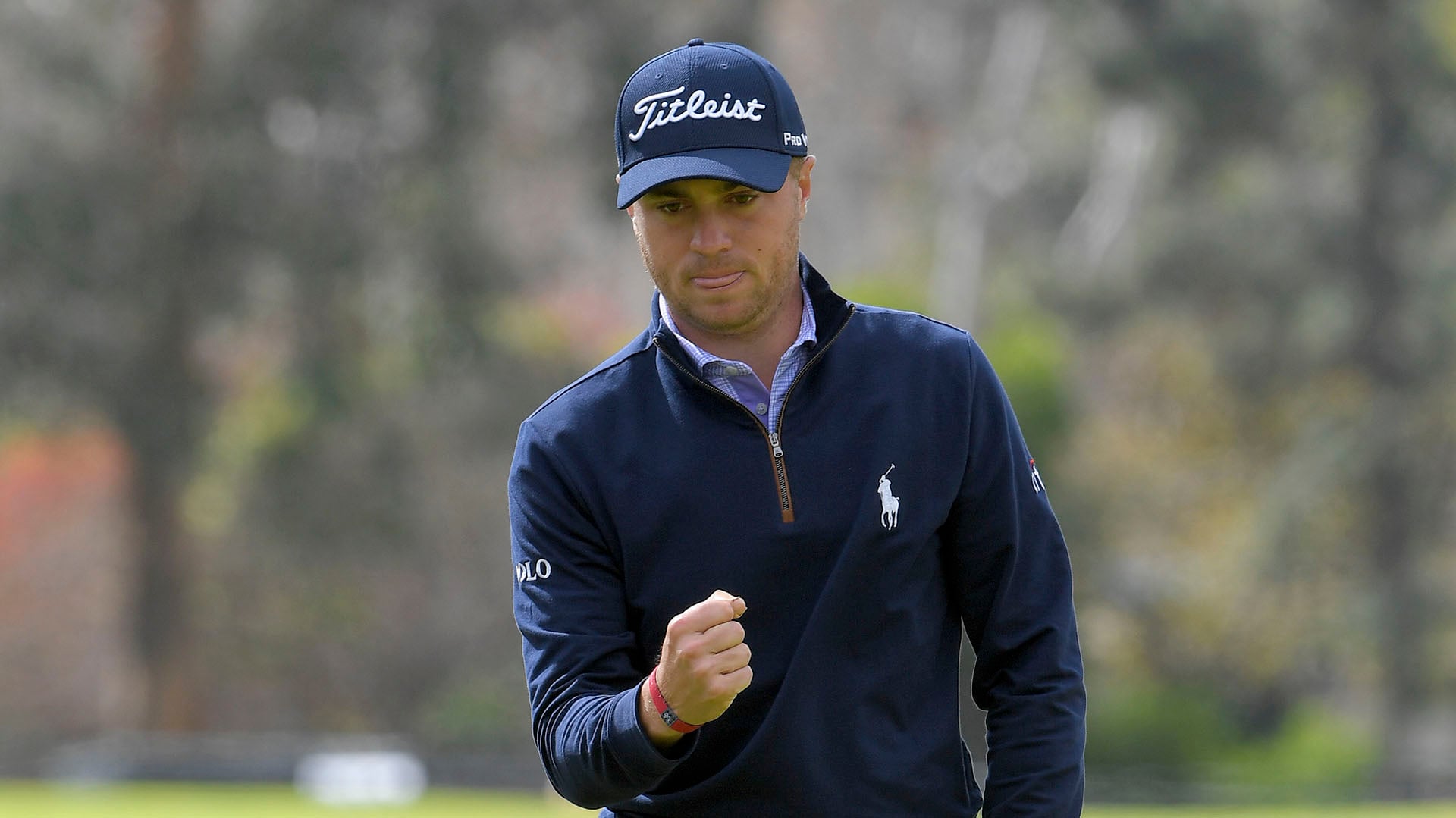 Golf Channel fantasy has a new look in 2019.

This year in addition to picking a tournament winner we’re also shifting the focus to head-to-head matchups, with both the Golf Pick ‘Em fantasy game and an additional Sunday-only contest that focuses on the final round. Both contests can be found in the NBC Sports Predictor app, which fantasy players can download to make their selections each week. Players can compete for weekly cash prizes, with the best scores during the season qualifying for the season-ending FJ Championship where $100,000 in cash and prizes will be awarded.

The contests begin with this week’s WGC-Mexico Championship at Club de Golf Chapultepec. Here’s a look at some of the top players you should consider when setting your lineup, as Phil Mickelson returns to Mexico City to defend his title:

1. Justin Thomas: An easy player to put in the top spot given that he nearly won last week and nearly captured this event a year ago. Thomas electrified the crowds last year with his 72nd-hole eagle before losing in a playoff, and after his runner-up performance at Riviera there's ample reason to expect another big week.

2. Dustin Johnson: Johnson got lost in the shuffle last week on a course where he normally shines, but playing at altitude should be an asset for one of the game's longest hitters. DJ captured the title here two years ago in its first stint as a WGC host and tied for seventh last year as the defending champ.

3. Rory McIlroy: The Ulsterman hasn't done much wrong this year, following top-5s at Kapalua and Torrey Pines with another T-5 finish at Riviera. It's only a matter of time before he puts all the pieces together like he did last year at Bay Hill, and it might come this week on a course where McIlroy tied for seventh in his 2017 debut.

4. Jon Rahm: Rahm challenged at this event two years ago, finishing in a tie for third, and he was T-20 in his second appearance. The Spaniard has been rock-solid to start out 2019, following his Hero World Challenge title with four straight top-10s ahead of his T-9 finish Sunday at Riviera. No reason to expect that streak to end this week.

5. Brooks Koepka: Remember him? It's been a while since Koepka played a PGA Tour event, as his last two starts have come in the Middle East. But there's still plenty of firepower at his disposal, and the highest-ranked player in the field should be able to improve upon his T-48 finish two years (and three majors) ago.

6. Bryson DeChambeau: DeChambeau saw his run of four straight worldwide top-10s end at Riviera, where he settled for a tie for 15th. But his game remains sharp, and if anyone is well-suited to handle the calculations and adjustments that come with playing golf at altitude it's the scientist himself.

7. Phil Mickelson: The defending champ broke through in style last year, ending a five-year victory drought, and since he's added another title earlier this month at Pebble Beach. Mickelson is clearly comfortable at Chapultepec and will likely relish a chance to return to a track with some positive memories where he also tied for seventh in 2017.

8. Tiger Woods: Woods is making his first-ever competitive start in Mexico, and he's returning to this event for the first time since 2014 when it was still played in Miami. But there has been plenty to like about his solid start to the new year, especially the third-round 65 at Riviera that spurred him to a T-15 finish in an event where he has often struggled. The ball-striking stats bode well for another strong week south of the border, especially if the putter heats up.

9. Rickie Fowler: Fowler is making his first start since getting the monkey off his back at TPC Scottsdale. While he hasn't cracked the top 15 in either of his two previous trips to Chapultepec, his run up to the Masters now won't include questions about why he doesn't win enough. And that just might be enough to free up a player who is known to go on some streaks of form.

10. Xander Schauffele: Schauffele captured the Sentry Tournament of Champions last month, and he hasn't finished outside the top 25 since the CJ Cup in October. He finished T-18 last year in his tournament debut but returns firmly entrenched as one of the best players in the world and should reflect that ranking with his play this week.