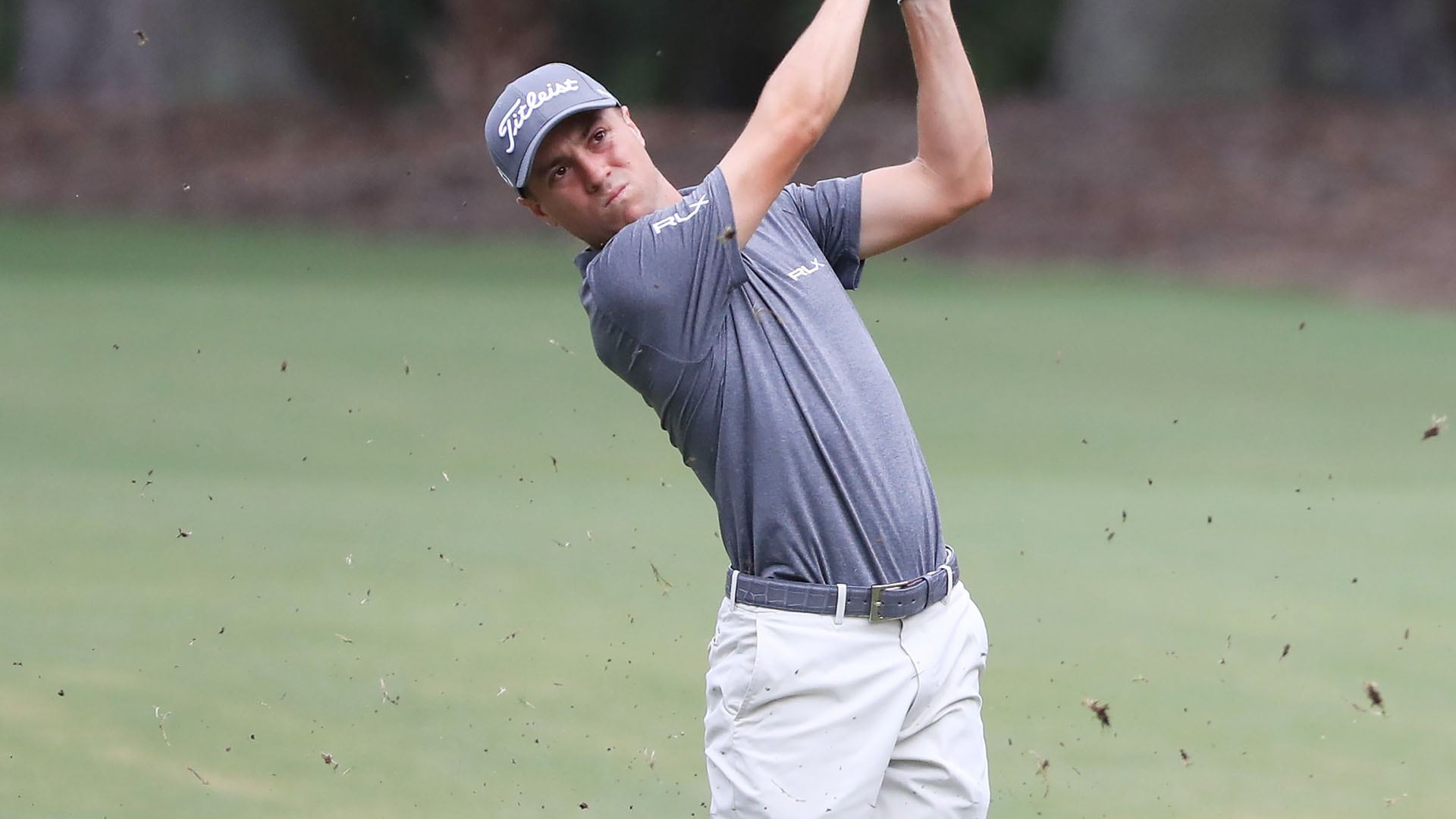 The contest continues this week with the Travelers Championship and will run through the rescheduled Masters in November. Here's a look at some of the players to keep an eye on when making your Pick 'Em selections as the Tour heads back to TPC River Highlands for the only PGA Tour event in Connecticut:

1. Justin Thomas: On more than one occasion this year, Thomas has turned a week with less than his best stuff into a top-10 finish. That includes last week's T-8 finish at Harbour Town, as Thomas has now cracked the top 10 in 10 of his last 13 starts dating back to August. Thomas hasn't had a ton of success at River Highlands, but he did notch a T-3 finish in 2016 thanks to a final-round 62 and has opened with consecutive sub-par rounds in three of the last four years.

2. Bryson DeChambeau: Another week, another top-10 finish for the new-look DeChambeau. The PGA Tour's muscle marvel couldn't "unleash the Kraken" on the tight fairways of Harbour Town, but he still left with a T-8 result. That's now five straight top-10 finishes dating back to Riviera, and DeChambeau is now among the Tour's best ball-strikers and finally on a course where he can give it a rip off the tee. His formerly svelte self still had some success at this event, including top-10s each of the last two years.

3. Webb Simpson: No reason to expect a letdown from the Tour's latest winner. Simpson set an RBC Heritage scoring record last week en route to his second win of the year, and he has now finished first or second in six different events since last June. Eight years removed from his U.S. Open title, Simpson is up to fifth in the world rankings, playing the best golf of his career and heading to a course where he has finished T-13 or better three times in his last six appearances, including a T-8 finish in 2018.

4. Rory McIlroy: The world No. 1 was reminded last week why it had been 11 years since his last Harbour Town appearance, but expect a bit of a bounceback this week on a course that more closely suits his game. McIlroy has finished T-12 and T-17 in his two prior trips to Connecticut, with half of those rounds going for 67 or better. After playing his way into contention at Colonial he faded in the final round, but his start there combined with his rounds of 66-65 in the middle of the week in South Carolina show that he's not that far off.

5. Brooks Koepka: Koepka's seventh-place finish in Harbour Town broke a lengthy drought and served as his first top-10 finish since the Tour Championship in August. Now he's got momentum, and some extra good vibes from his brother Monday qualifying into the field. Koepka has become a Travelers regular in recent years, including top-20 finishes in both 2016 and 2018, and he appears to quickly be rounding back into form after a disappointing season was interrupted by a pandemic.

6. Jon Rahm: Rahm has been relatively slow in his return to action, but after playing Harbour Town for the first time he has some River Highlands experience on which to build. The Spaniard finished a solid T-25 last year at this event, and six of his eight career rounds here have been in the 60s. The world No. 2 was one of the hottest players around before the pandemic hit, and it won't take him much longer to reach his previous heights.

7. Bubba Watson: The southpaw has conquered TPC River Highlands three times in the last decade, most recently in 2018, and he also finished second back in 2012 and fourth in 2013. Watson is known to feast on a handful of courses that especially suit his game, and this one fits the bill. A T-7 showing two weeks ago at Colonial showed that he didn't bring much rust back with him from an unexpected break.

8. Paul Casey: At this point, Casey should've been awarded an honorary Travelers title. Twice a runner-up to Watson, he has finished T-5 twice in the last three years and his "outlier" result was a T-17 showing in 2017. The Englishman is making his first start since the WGC-Mexico Championship more than three months ago, but he's doing so on a layout where he sports a remarkable 67.10 lifetime scoring average. Expect similar success this week in his return to action.

9. Patrick Cantlay: It's been nine years since Cantlay shot a head-turning 60 at this event as a 19-year-old amateur. Much has transpired since, including a pair of T-15 finishes each of the last two years. Cantlay is making his first start since Riviera more than four months ago, but this seems like the ideal place for him to break back into action following a lengthy hiatus.

10. Justin Rose: The Englishman hasn't played this event since the week after his 2013 U.S. Open breakthrough, but he's been a consistent factor in his previous River Highlands appearances. That includes three top-10 finishes in eight trips, highlighted by a third-place showing in 2005, and he has been quick out of the gates with a T-3 finish at Colonial followed by a T-14 result at Harbour Town.