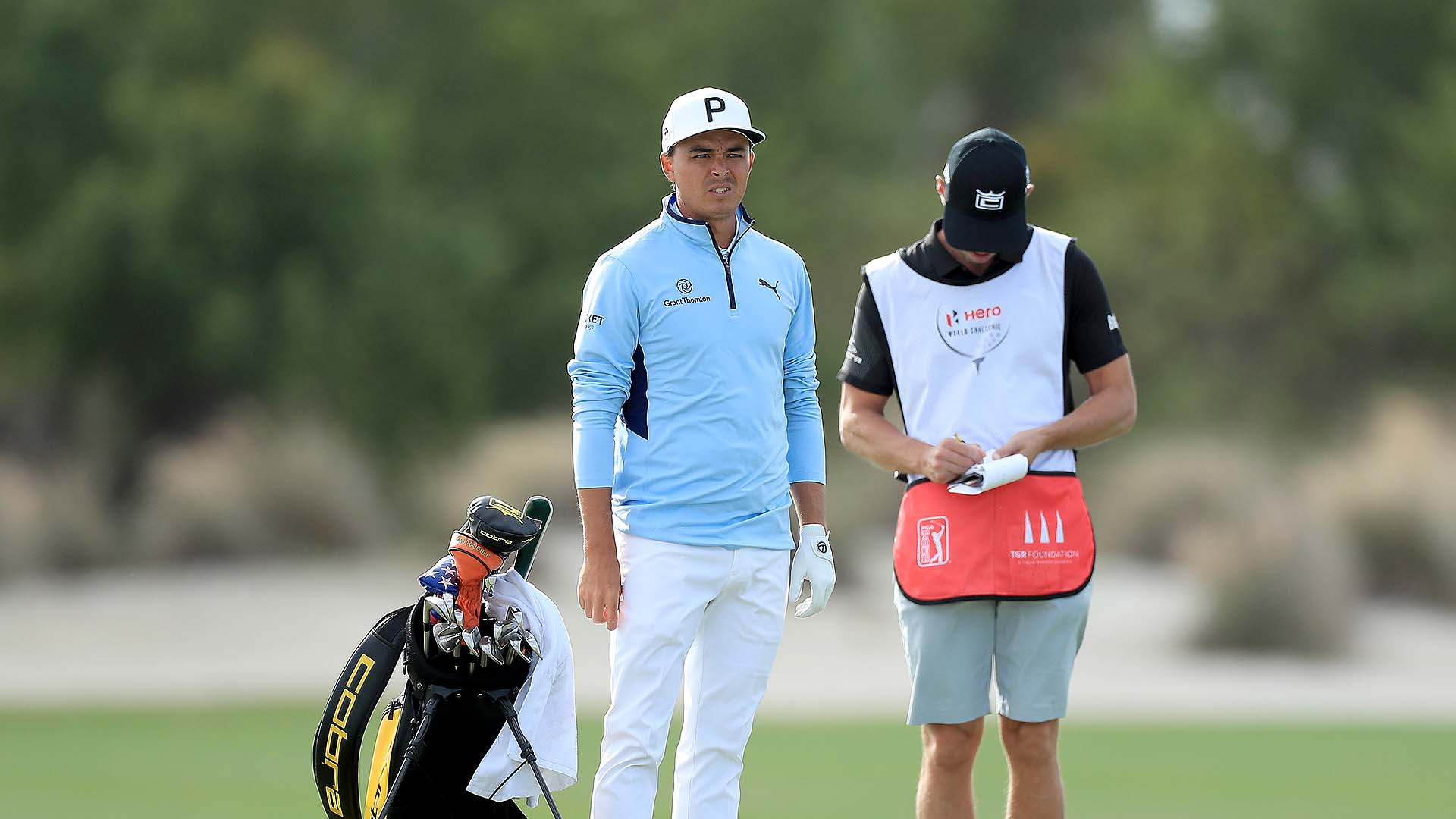 NASSAU, Bahamas – When Tiger Woods made the decision to replace the injured Brooks Koepka with the popular Rickie Fowler, the move was well received by Fowler’s U.S. teammates.

The universal praise, however, did not translate to the opinions of several pundits.

Fowler hasn’t played competitive golf since the Tour Championship in August. He got married in October, and then contracted a bacterial infection on his honeymoon that kept him out of the Mayakoba Classic, the only fall-season tournament he had planned to play.

“Tiger opted for someone who was going to have great chemistry with anybody,” said Golf Channel’s Notah Begay, a close friend of Woods. “From a personality standpoint, everybody on the team likes Rickie. … The only question mark around Rickie is he hasn’t played.”

Which make this week’s Hero World Challenge a pivotal tournament for Fowler. The U.S. team leaves for Australia shortly after the final putt drops Saturday at Albany, and Fowler is coming off the longest break of his competitive career, a 15-week hiatus.

While Fowler is a Swiss Army knife when it comes to whom he can pair with and his skill set is compatible with the challenges of Australian golf, if he arrives Down Under too rusty, his many redeeming qualities won’t matter.

But what if there isn’t that much rust to shake off? Fowler contended Tuesday that while he’s never taken this many weeks off between tournaments since his first full year on Tour in 2010, “I was mobile, I wasn't laid up [in bed] or anything.”

It took about a week for Fowler to get blood tests back and start antibiotics to combat the infection. His prep for Mexico was hindered, which prompted the withdrawal, but otherwise Fowler has been hard at work on his game – and body – back home in Jupiter, Fla.

Fowler knew he was on “standby” when Woods initially bypassed him for a captain’s pick. When he got the second call, Fowler was already preparing with long days of practice and gym sessions, capped, of course, by nightly dinners with his new bride, Allison.

There’s also been a steady dose of competition at home. Fowler has been playing two-man fourball matches with some of his Presidents Cup teammates, including Justin Thomas, Gary Woodland, Patrick Cantlay and Woods. Last Saturday, he and Woodland lost a close match to Woods and Cantlay.

“When you're playing with some of the best players in the world … that's the best way to push yourself and make yourself better,” Fowler said.

Despite the time away, Fowler believes he’s done his job in getting ready for his seventh international team competition as a pro. He feels confident about his game “across the board.”

“I would say I've had a lot more preparation going into this week than I've had off of other breaks, which has made it nice knowing coming in here I put work in and I'm ready to go play,” Fowler said. “It's just getting back to tournament golf.”

That’s the pressing question. Can Fowler deliver in his return to official competition? Albeit against the same guys, there’s a difference between tournaments and rounds at the Bear’s Club and Medalist.

Sure, Hero’s limited field and relaxed atmosphere isn’t exactly a pressure-cooker, but Fowler’s performance in the Bahamas could serve as a predictor to what we can expect out of Fowler in Australia.

Will Fowler contend at Albany and keep the momentum going by earning a good chunk of points at Royal Melbourne? Or will he struggle to find a rhythm and then have to sit out a couple sessions in favor of more in-form players?

So far, Captain Woods isn’t worried about all the possibilities.

“Rickie just needs to go play,” Woods said. “He's been playing and practicing quite a bit at home; he's getting his game ready. … Just go out there, play, compete. He's won here before, so he knows what he needs to do to get ready for this week and shake off a little bit of rust – if he has any – and be ready to go in two weeks.”