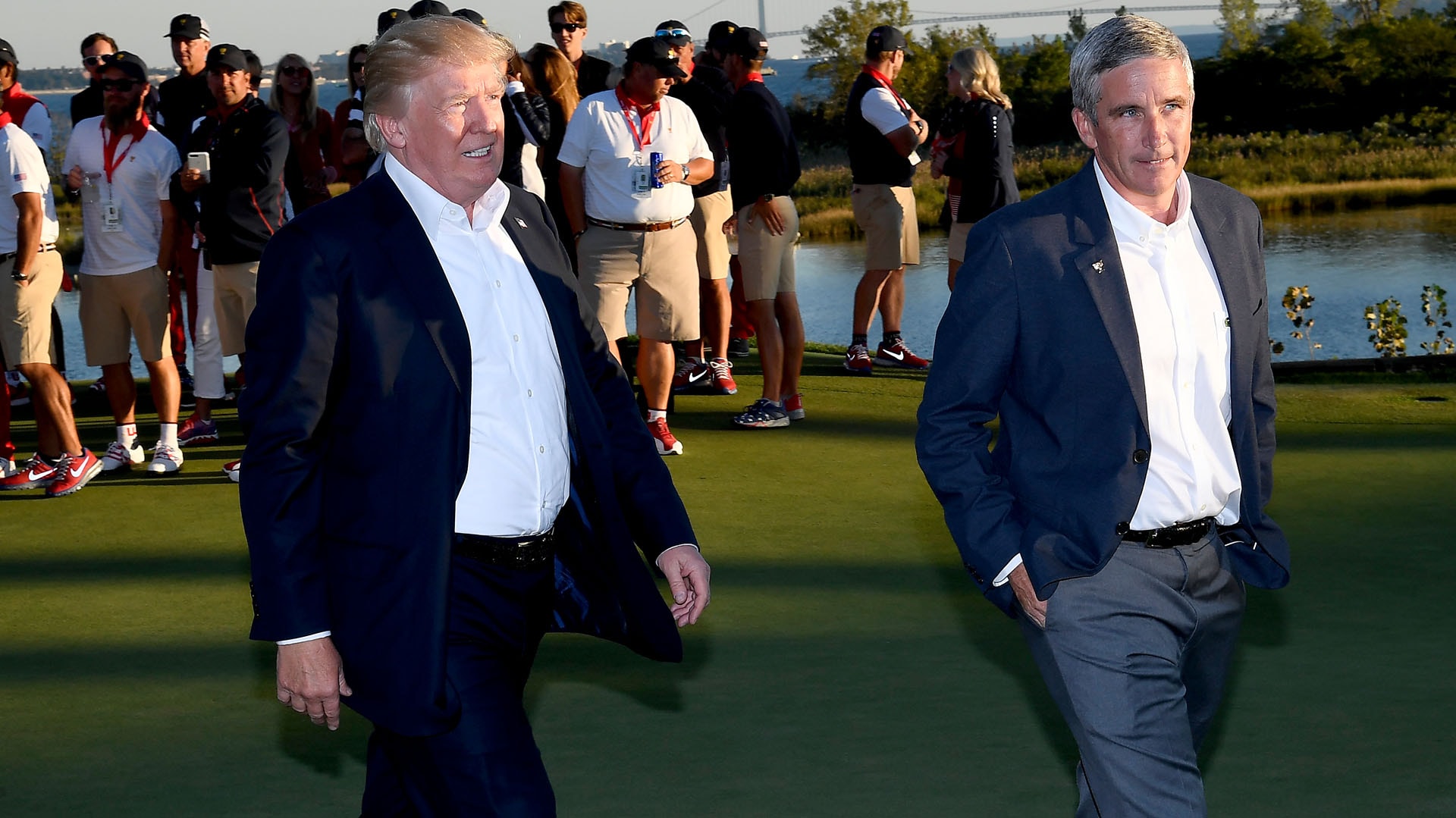 Officials from all the major sports leagues, including the PGA Tour, participated in a conference call with President Donald Trump on Saturday.

According to ESPN.com, the president told commissioners the NFL season should start on time in September and that he hopes fans will be back in stadiums and arenas by August or September.

A Tour spokesperson told GolfChannel.com that any comment regarding the conference call would have to come from the White House. The next scheduled Tour event is the Charles Schwab Challenge May 21-24 in Texas.

“I want fans back in the arenas whenever we’re ready and as soon as we can,” the president said in his daily press briefing. “The fans want to be back. They want to see basketball and baseball and football and hockey. They want to see their sports. They want to go out on the golf courses and breath nice, clean, beautiful fresh air. I can’t tell you a date [when sports will start again], but I think it’s going to be sooner rather than later.”