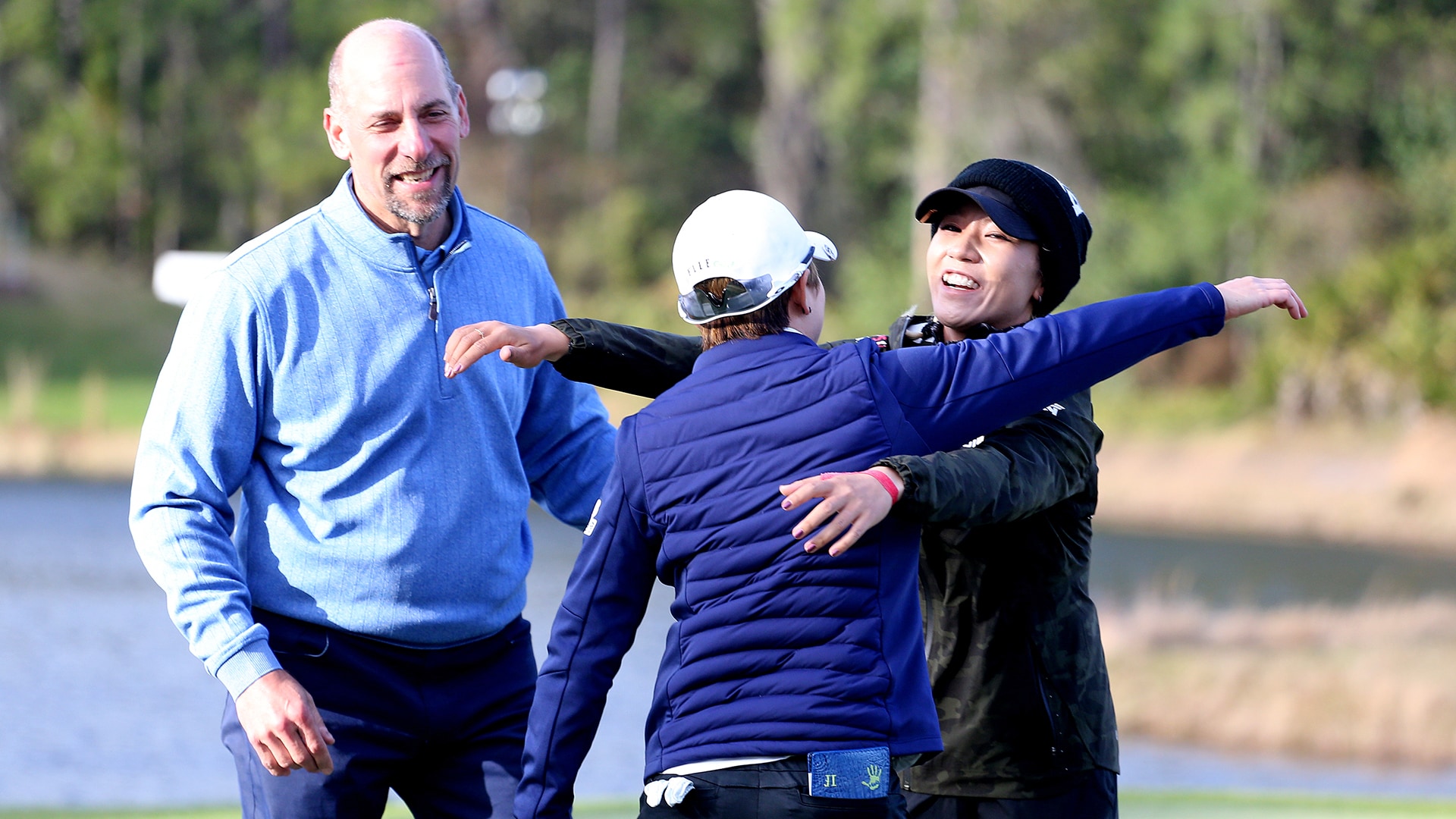 LAKE BUENA VISTA, Fla. – Just 26 LPGA pros are teeing it up at the Diamond Resorts Tournament of Champions this week, but the star power will be unrivaled on tour this season.

She froze in her tracks after stepping out the back door of the clubhouse at Four Seasons Golf and Sports Club Orlando on Tuesday when she saw Houston Astros pitcher Justin Verlander posing for a photo. He won his second Cy Young Award last season.

“I don’t get star struck, I didn’t think,” Stanford said.

Stanford, whose six LPGA titles include the Evian Championship, is a lifelong Texas Rangers fan. She checks scores religiously during the season. She has thrown out the ceremonial first pitch three times at Major League Baseball games. She has visited every MLB ballpark in the country.

Verlander is among a legion of stars and former sports greats who will be playing with LPGA pros in the celebrity pro-am format beginning Thursday. Josh Donaldson, the third baseman who signed a four-year $92 million contract with the Minnesota Twins on Tuesday, is here. So is Arizona Cardinals receiver Larry Fitzgerald, who trails only Jerry Rice on the NFL’s all-time list for receptions and receiving yards. Fitzgerald also signed a contract extension this week to return for his 17th season.

Hall of Famers Reggie Jackson and John Smoltz are here.

Roger Clemens is here, too, as are country singers Cole Swindell, Lee Brice and Colt Ford.

“They’re all just so happy to be here, and they just have so much fun with it,” Stanford said.

Ariya Jutanugarn took advantage of the collective experience last year, picking the brain of former NBA star Ray Allen, who advised her about the importance having trusted people on her team.

“I learned so much playing those four days,” Smoltz said of winning the celebrity division last year while playing alongside LPGA pros. “I love playing with great players, because I watch their swing, and I try to take something from their swing and apply it to mine. So, that was a real cool thing, to watch not only how straight, but how incredibly 'on' they were with their distances.”

Smoltz, who has played in a few PGA Tour Champions events, said the mental skills required to close out in baseball is similar to closing out in golf, but he mastered them better in baseball.

“That's so unique about great players winning a tournament, is they understand that they're managing their emotions, managing their doubt, and they have no memory,” he said. “I remember No. 10. Every single day, I couldn't wait to play No. 10, to atone for how bad I played it, and I never played it well. I need to learn how to eliminate that from the golf game. Baseball, I could do that. I put enough reps in, and I loved that part of the game. But closing [in baseball] is the same as trying to close out a tournament. You literally have to have amnesia, as fast as you can, about whatever didn't happen well.”

There will be plenty of light moments this week, with the nature of the format different from week-to-week golf in LPGA events. The 18th hole at Tranquilo Golf Club is a party hole, with music accompanying players to the tee. Even some LPGA pros broke out in dance on the tee there.

Still, come Sunday down the stretch, the action will grow more serious.

“I'd rather be in my field, bases loaded, nobody out, 3-2 count on every hitter,” Smoltz said. “I really would. I think that's what I was primed to do. I know what my strengths were in that sport. This, intuitively, is all self-pressure, and there's a lot of doubt. Golf exposes your doubt really quickly. So, you may have a weakness, and you try to hide it for a couple of days, but it will show up.”

In the end, though, there will be more than a trophy won in this format.