Punch Shot: Man of the Match, top pairing and who wins the Ryder Cup? 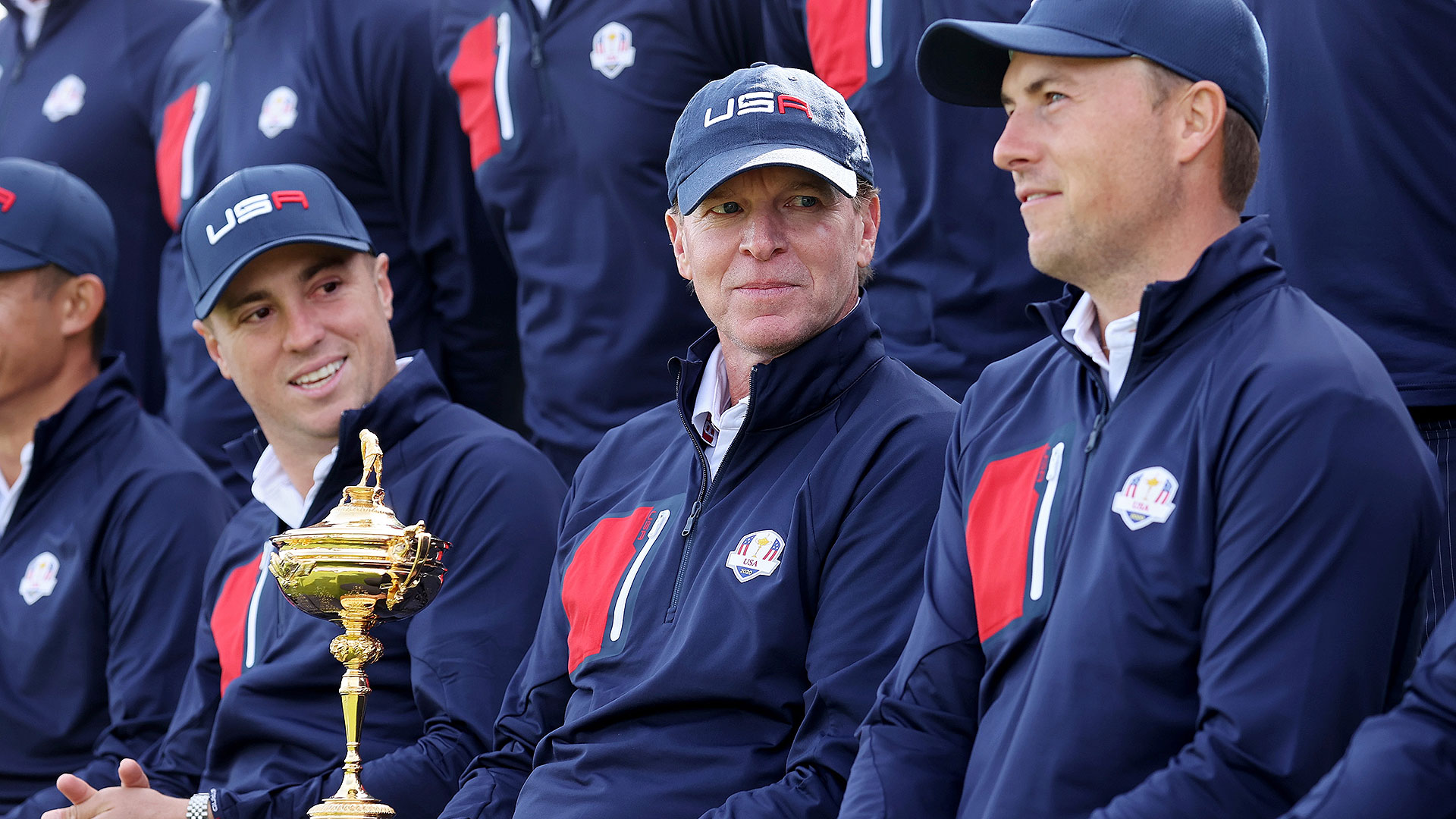 The 43rd Ryder Cup begins with foursomes on Friday morning at Whistling Straits in Sheboygan, Wisconsin. The GolfChannel.com team previews the matches by answering some of the biggest questions as Europe gets set to defend the cup against the Americans.

Who will be the Man of the Match?

Rex Hoggard: Jon Rahm. Picking the world No. 1 to play well in arguably the year’s most important tournament for a European is hardly a stretch, but it looks as if the Spaniard has a chip on his shoulder after being beaten at the Tour Championship by strokes-based scoring and in the curious Player of the Year Award voting.

Ryan Lavner: Justin Thomas. Over his last three cups, he is 10-3-2 – by far the best mark of any player – and seems likely to be paired in a comfortable spot, once again, with Jordan Spieth. With Tiger and Phil now only able to give advice, JT will confidently step into the role of the Americans’ team leader. He’s the heartbeat of this evolving group.

Brentley Romine: Jordan Spieth. He stars alongside Justin Thomas before finally winning a singles cup match (he is 0-6 in Ryder and Presidents cups in his career), and he checks off another box in his spectacular comeback. If Europe wins, though, I expect Jon Rahm to go off.

Who will form the most dominate partnership?

Hoggard: Xander Schauffele-Patrick Cantlay. These two will be rookies in name only and promise to provide the U.S. side with a much-needed spark. They paired well at the ’19 Presidents Cup, going 2-2-0 as a team and have all the makings of a power couple, including recent form and a bona fide friendship.

Lavner: Rory McIlroy-Viktor Hovland. Or so we hope. In improving form over the past few weeks, McIlroy will get to air it out all over this long hitter’s paradise and figures to have a good week. And there’s a reason why every European asked to be paired with Hovland: He’s a rookie who doesn’t play like one. Together, this could be a dynamic duo.

Romine: Thomas and Spieth. This is partly because I think they’ll be one of the few tandems that play more than two sessions together. But also they did pretty well in Paris, going 3-1 as a pair. I don’t think the Europeans will have that Moliwood combo like they did in 2018; Rory McIlroy and Jon Rahm could play with multiple partners depending on format, and I just don’t see some of the players on the back end getting it done like Tommy Fleetwood and Francesco Molinari did three years ago. 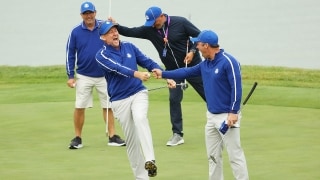 Most important player on both sides?

Hoggard: Rahm will be the heart and soul of the European team for all the reasons that make him the Man of the Match, while the U.S. team will be led by Cantlay. Cantlay is the hottest player in golf right now and his laid-back demeanor is a perfect fit for high-stakes match play.

Lavner: Collin Morikawa for the U.S. Morikawa said his recent back injury is no longer a concern, but his form of late suggests otherwise. His style of play is ideal for foursomes, and a perfect record in that format could go a long way toward helping the Americans win back the cup. For Europe, Jon Rahm. It’s hard to see the visitors staging an upset without a stellar week from their studs, and that begins at the top, with Rahm. He’s not just Europe’s best player but the best player in these matches, period.

Romine: Bryson DeChambeau for the U.S., and Rahm for Europe. After getting shut out in his debut in 2018, DeChambeau is looking to score some points. When everything is going well, DeChambeau is a huge asset to the team. But if he struggles, he can quickly become a distraction. Rahm, meanwhile, is likely going to play every session as Europe hopes he becomes its next great Ryder Cup star. If the world No. 1 struggles, though, it could ramp up the pressure for the visitors, who have experience on their side but not the world rankings.

Hoggard: Europe. There are plenty of reasons to think the U.S. team is poised to end the Continent’s dominance, but they all ignore relevant history. Europe has won nine of the last 12 matches, including the last bout in ’18 by a touchdown, with largely the same cast that’s assembled at Whistling Straits. This might be the twilight for the European veterans, but until they get knocked off the mountain any other prediction is simply wishful thinking.

Lavner: United States. Whistling Straits doesn’t present the usual home-course advantage for the Americans – the wind was howling on Wednesday – but they have more big-hitting birdie-makers and, frankly, more margin for error. With less depth on their roster, the Europeans need to ride their stars, hard, and unless they all deliver with spotless performances – certainly possible! – the Americans should be able to take their second cup in the last three matches.

Romine: U.S. There might not be a distinct home-course advantage, but that’s also why the Americans will win. They are the more talented team, and frankly, for as many questions as there are about the U.S. entering these matches, they are mostly off-the-course concerns. On the course, the Europeans arguably have more question marks, mostly at the bottom of the order. As long as the Americans get along, they’ll dominate in singles and hoist the cup.