Q&Gray: Big week for Brooks Koepka and Webb Simpson, but for different reasons 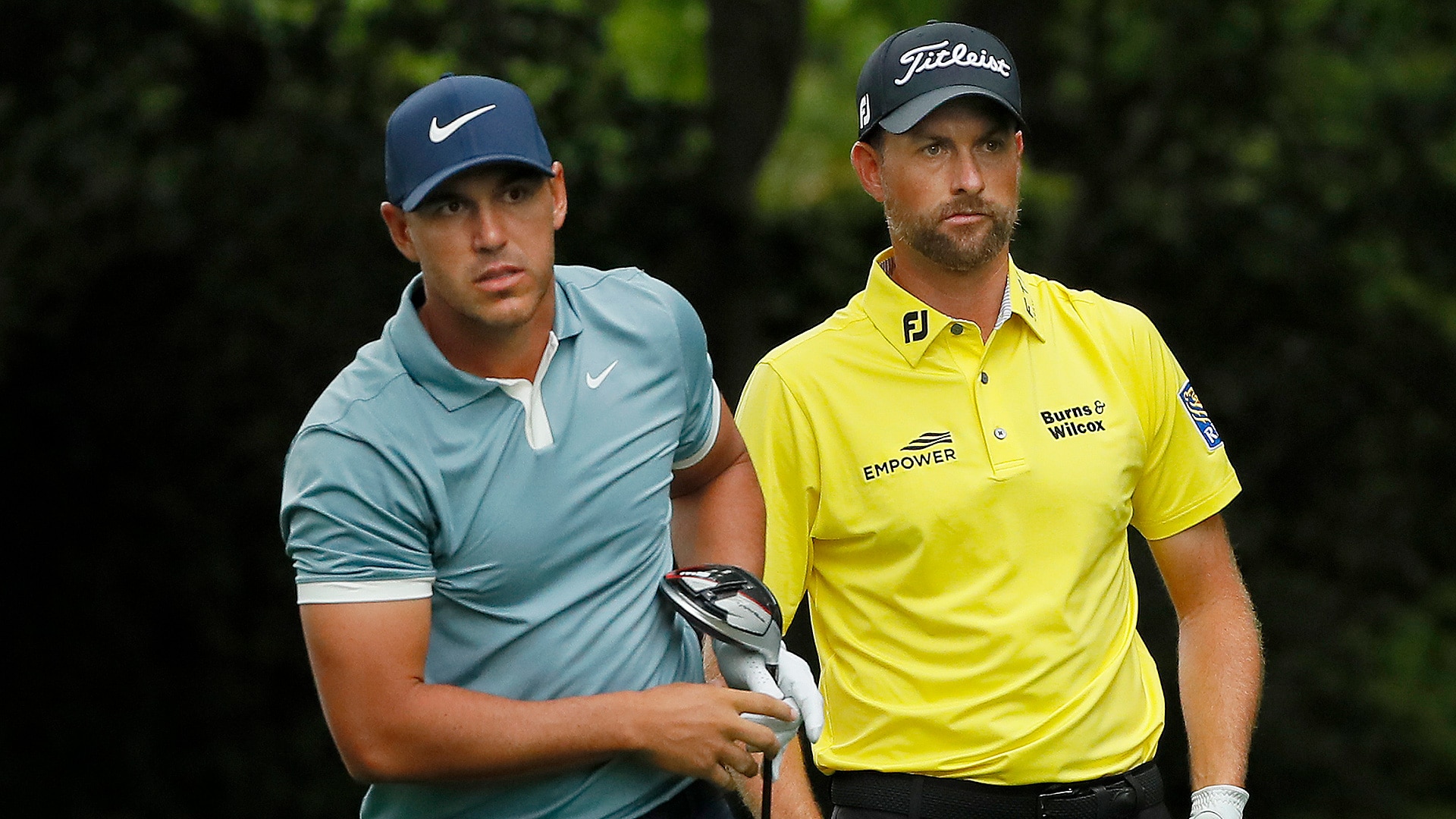 The strangest season in PGA Tour history is officially entering the home stretch.

This week’s Wyndham Championship marks the final regular season event of the 2019-20 campaign, one that was truncated and rearranged by the COVID-19 pandemic. It’s a chance for some players to take a breather after last week’s major, but also an opportunity to bolster positions heading into the Tour’s three-week playoff run.

From a familiar past champion to a reeling star and major champs on the outside looking in, here are the burning questions to consider ahead of this week’s event in Greensboro:

Can Webb Simpson bolster his Player of the Year credentials at one of his favorite tracks?

Simpson earned his first career victory at Sedgefield back in 2011, and he went as far as naming one of his daughters after the tournament’s title sponsor. It’s an event that is near and dear to him as a native North Carolinian, and one where he has been a dominant force: eight finishes of T-11 or better in the last 10 years, including three straight years of T-3 or better.

This week Simpson heads to Greensboro as a deserving betting favorite in the midst of perhaps the best season of his career, with two wins under his belt among a bevy of top-10 finishes. While he’s likely trailing Justin Thomas right now in POY perception, joining him this week in the three-win club would put the two on relatively equal footing heading into the postseason. Helping on that front will be the return of Simpson’s longtime caddie, Paul Tesori, who was on the bag for each of the two wins this year but missed time recently because of back issues.

Can Brooks Koepka shake off a rough final round at TPC Harding Park?

Koepka was unable to back up the talk Sunday in San Francisco, struggling to a closing 74 that dropped him from contention for a third straight PGA Championship title and beat only one player in the field. It was quite the tumble for a player who oozed confidence after the third round and set his sights on another Wanamaker by downplaying the accomplishments of those around him on the leaderboard, namely Dustin Johnson.

Koepka will have a chance to rebound this week at Sedgefield, where he hasn’t played since a T-6 finish in 2015. He appears ready to roll straight through the postseason, still needing points to ensure a spot at the 70-man BMW (he’s currently 92nd). This will mark his sixth straight start in what he hopes will be a run of at least eight and potentially nine in a row, should he make it back to East Lake for the 30-man Tour Championship. A big week in Greensboro would go a long way toward that end, and it could help erase whatever sour taste remains from his Harding Park woes. But to do so, he’ll need to sidestep the motivational issues he has displayed at other recent events outside the majors and WGCs.

Which major champ can play his way into the playoffs?

There won’t be the usual drama of players keeping and losing cards this weekend at the regular season finale, with all currently exempt players assured of some status for 2021 because of the pandemic. But there are still some familiar names on the wrong side of the top-125 bubble, each needing a solid week at Sedgefield to continue their season and qualify for next week’s Northern Trust at TPC Boston.

While former Masters champ Charl Schwartzel will tee off right on the bubble at No. 125, three other major champs are currently on the outside looking in. Zach Johnson sits at No. 129, having missed the playoffs last year for the first time in his career, while reigning Open champ Shane Lowry is two spots back at No. 131. Then there’s 2012 Wyndham champ Sergio Garcia at No. 134, who was in a similar spot two years ago and played his way into contention, only to falter in the final round. Garcia will likely need at least a top-25 finish to have a chance to advance and avoid missing the playoffs for the second time in his career.

Will another scoring feat occur this week at Sedgefield?

A traditional Donald Ross layout, Sedgefield Country Club has always been a place where players can expect to rack up birdies in bunches ahead of a demanding postseason. But the last two years have been especially eye-popping: Brandt Snedeker won this event in 2018 thanks in large part to an opening-round 59, while last year J.T. Poston became the first player since 1974 to win a Tour event while completing all 72 holes without making a single bogey.

Scores since the break have deep into red figures, with four tournaments won with a score of at least 19 under par. With warm temps and soft conditions expected this week in Greensboro, it could be a repeat of last year’s birdie barrage where three players eclipsed the 20-under mark. In fact, that might end up being the baseline for a chance at victory: each of the last four winners of this event – Poston, Snedeker, Henrik Stenson and Si Woo Kim – all shot either 21 under or 22 under on the par-70 layout.