Nadal supports Woods from gallery on Sunday at Hero 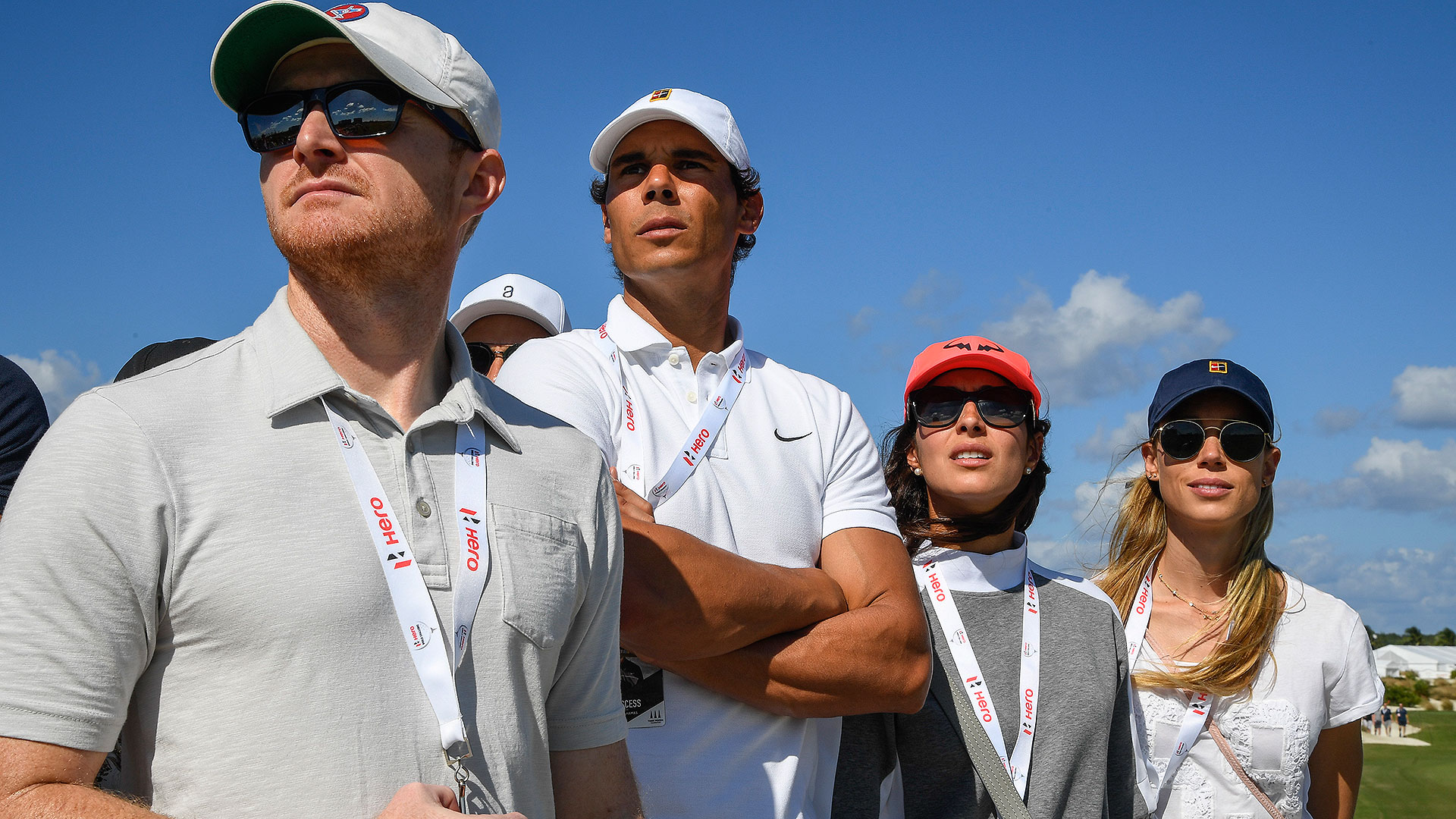 Tiger Woods had plenty of support in his latest comeback to professional golf at the Hero World Challenge, but one high-profile fan showed up to root him on in person on Sunday.

Rafael Nadal, the world's No. 1-ranked tennis player, was spotted in the gallery following Woods as he carded a final-round 68 at Albany.

Nadal and Woods, who have won a combined 30 major titles in their respective sports, have a history of supporting each other in big events. In September, Woods cheered on Nadal from seats in the Spaniard's box at the U.S. Open.

Greatness recognizes greatness. Current tennis world No. 1 @rafaelnadal is in Tiger’s gallery for the final round.

One great watching another.@RafaelNadal approves of Tiger's par save. pic.twitter.com/YwzfGdwyu2

.@RafaelNadal is in the house! It's been so cool to see all the athletes from around the world excited to see Tiger back this week! pic.twitter.com/VF0QqTWQfm