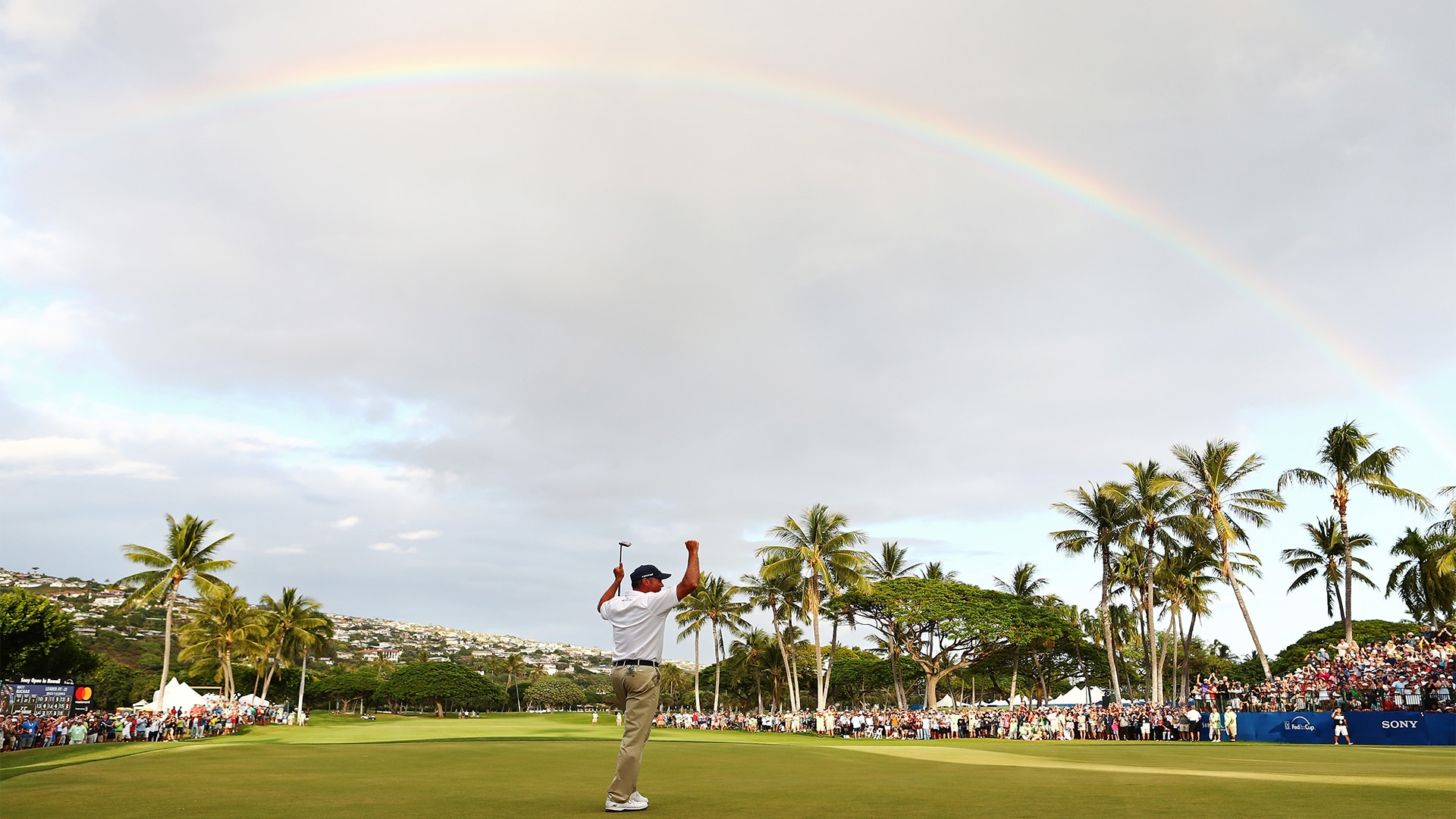 HONOLULU – Following his victory last fall at the Mayakoba Golf Classic, his first on the PGA Tour in over four years, Matt Kuchar’s first thought  was “aloha.”

The victory checked off a lot of boxes for the 40-year-old, but the one that immediately came to mind was that he’d qualified for the winner’s-only Sentry Tournament of Champions in Maui.

The Kuchars have always made the most of the Aloha Swing, and following the Sony Open they plan to vacation in the islands for another two weeks. So, it was only fitting that as Kuchar surveyed his 2-footer for birdie on the last hole on Sunday, the skies cleared to reveal a rainbow that perfectly framed Waialae Country Club’s 18th hole.

“It was too cool to have a rainbow appear on the 18th hole. I had never had a tournament with a three-shot lead going into 18 where you kind of feel like it was my tournament and could really enjoy the 18th hole,” said Kuchar, who defeated Andrew Putnam by four strokes following a closing 66 at the Sony Open. “To see a rainbow out there was a special kind of magical moment.”

The moment was made even more apropos when Davis Love III, a neighbor of Kuchar’s on St. Simons Island, Ga., came out to the 18th green to watch the final putt. Love famously won the 1997 PGA Championship just as a similar rainbow emerged over Winged Foot Golf Club.

“It was definitely synchronicity there to have Davis meet me. Davis has been a great friend, someone I look up to,” Kuchar said. “To have him out there was amazing timing.”