Randall's Rant: Woods' message to young rivals: Bring it on! 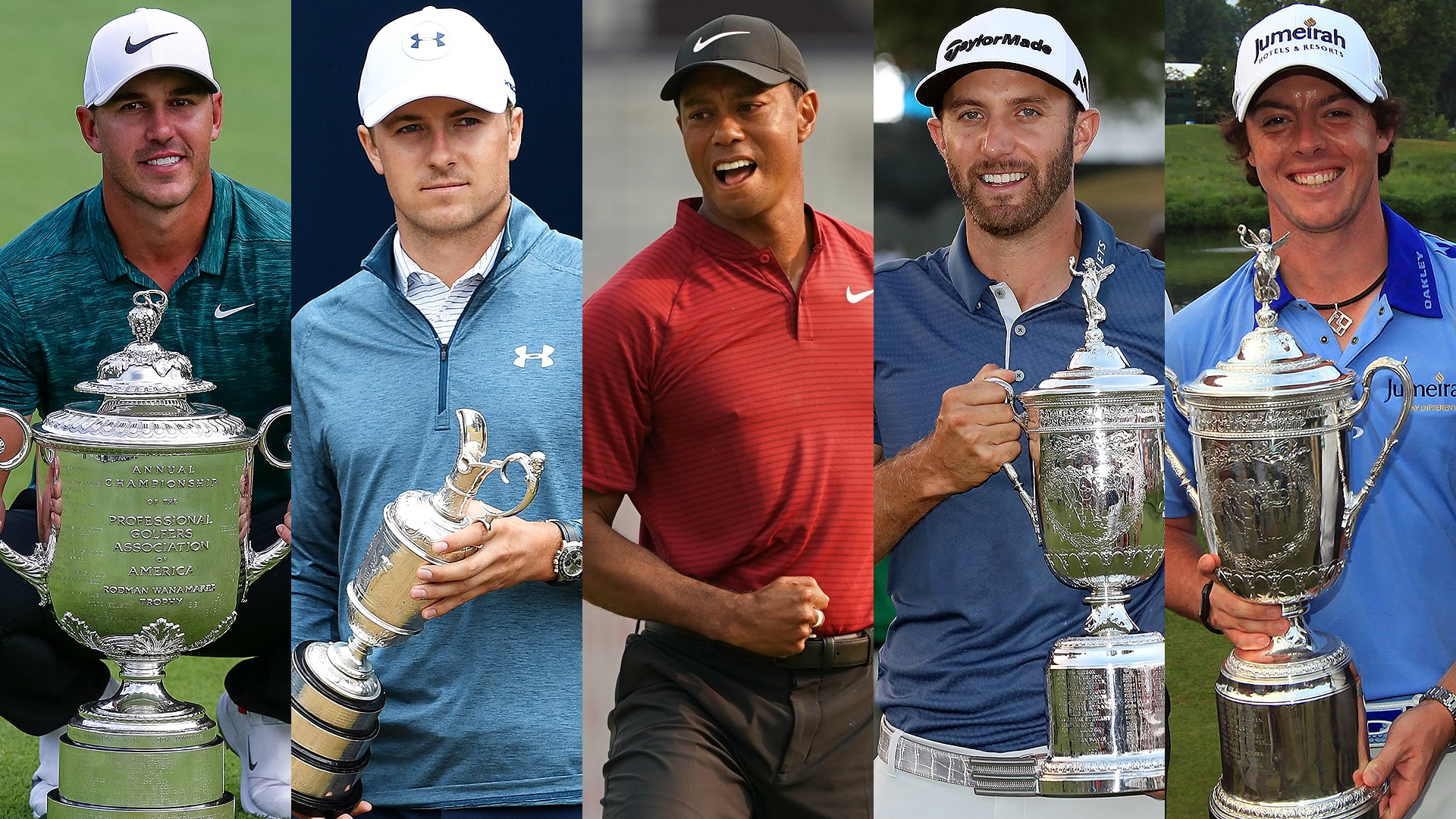 OK, I’m not fluent in body language, and maybe that’s not exactly what Tiger Woods was communicating with his exuberant fist pump after closing out a 64 Sunday at the PGA Championship, but there was so much hope in the excitement he let loose with his closing birdie.

Hope beyond what was still going on behind him at Bellerive.

Hope in what lies ahead.

You know Woods wanted Brooks Koepka to hear his legion roar, to let Koepka know he better not stumble back there behind him. You know he also wanted Dustin Johnson, Justin Thomas, Rory McIlroy, Jordan Spieth, Jason Day, Rickie Fowler, Jon Rahm and all today’s stars to hear all those roars, to let them know he’s finally fit for a fight again.

That’s the confidence won closing the way he did, celebrating at the 72nd hole in a way we’ve only ever seen him do on his way to hoisting a trophy.

Because that’s where he is headed again.

He can and will win again.

That’s the thrilling promise Sunday brought to all of golf.

Koepka wasn’t about to get out of Woods’ way, in the fashion the players of another era seemed to do when weekend roars preceded a Woods stampede. Koepka did today’s players a favor sending his own message. He was a rock. He didn’t flinch and didn’t fold in the wake of all those deafening Tiger roars.

If Koepka flinches Sunday, it sends the wrong message to all these other young guys. It gives them all pause. It makes them all wonder if Tiger’s aura really does come with some unfair advantage, with a one- or two-shot advantage in his ability to ride the noisy chaos to heights they can’t. We heard more than one young star complain this spring about the boisterous crowds that followed Woods.

These young guys don’t need that in their heads.

So Koepka didn’t back down, and Johnson, Thomas, McIlroy, Spieth, Day, Fowler and Rahm aren’t likely to, either.

That’s the great fun Woods’ comeback brings. The battles all these young guys say they want with the legend are real possibilities now, with all those Tiger birdies and Tiger roars confirming Sunday that he is ready to begin giving them what they want.

“I’ve always wanted to battle it out in a major with Tiger,” Jordan Spieth said during The Open last month. “Who hasn’t? It’s kind of a dream come true, just to have the opportunity.”

The wonder in Sunday’s finish is that Woods was so good spraying his driver all over the place early in the round. Back in the day, he would have said he shot that 64 with his “B” game. You won’t hear him say things like that now, but the beauty in the round was knowing how he may have turned a 70 into a 64. It was in knowing how much better he still might get on these old legs.

It’s a shame we have to wait eight months for the Masters to see if his run of T-6 at The Open and 2nd at the PGA Championship continues on a majestic trajectory, because the message I heard in his last fist pump is still ringing in my ears.