Randall's Rant: Can we please have some rivalries? 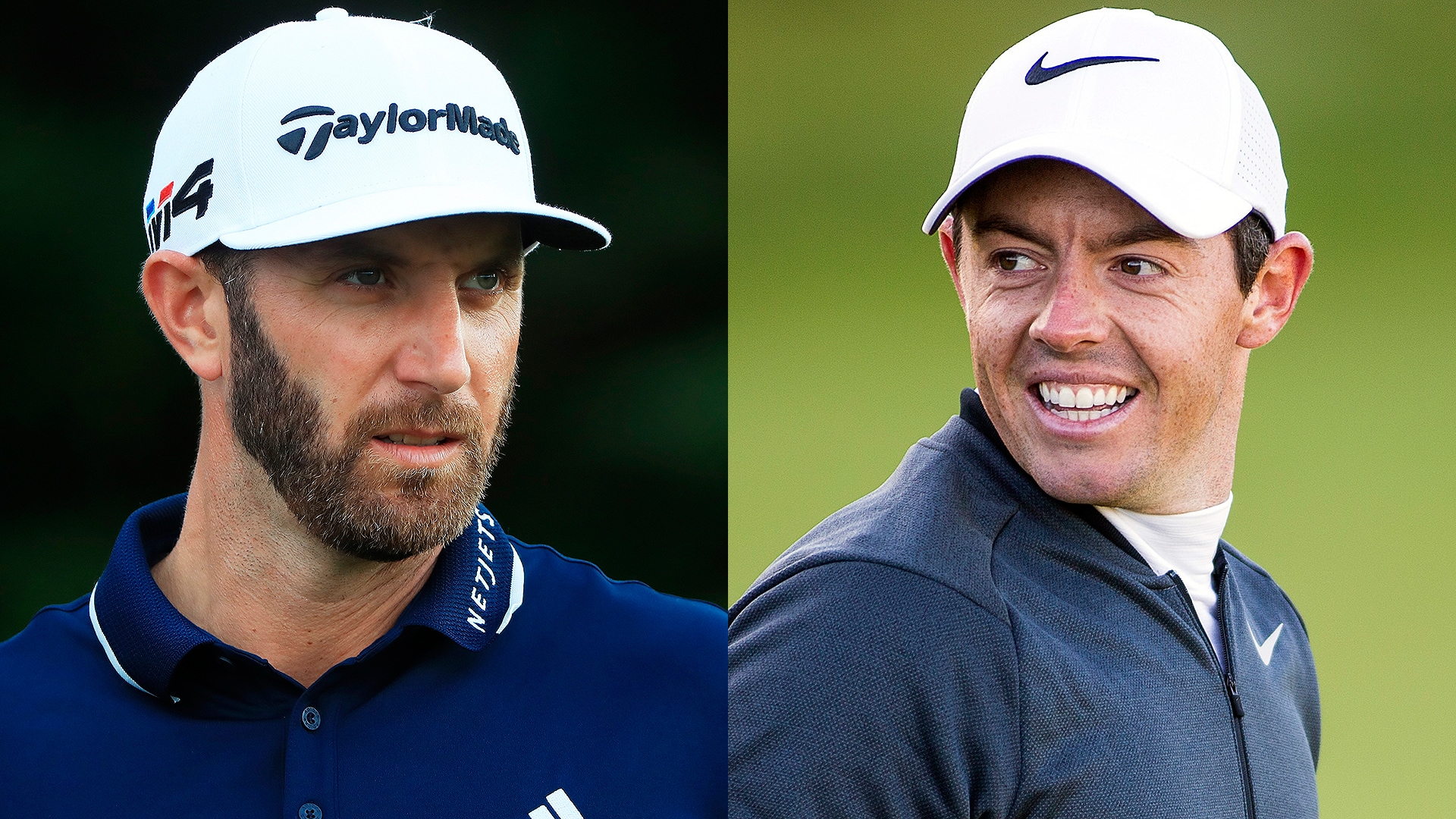 Memo to the golf gods:

If you haven’t finalized the fates of today’s stars for the new year, could we get you to deliver what the game has lacked for so long?

Can we get a real, honest-to-goodness rivalry?

It’s been more than two decades since the sport has been witness to one.

With world No. 1 Dustin Johnson and former world No. 1 Rory McIlroy at the Abu Dhabi HSBC Championship this week, an early-season showdown would percolate hope that this year might be all about rivalries.

It seems as if the stars are finally aligned to make up for our long drought of rivalries, of the recurring clashes you have so sparingly granted through the game’s history.

We’re blessed in a new era of plenty, with so many young stars blossoming, and with Tiger Woods offering hope he may be poised for a comeback. With Johnson, McIlroy, Jordan Spieth, Jason Day, Justin Thomas, Jon Rahm, Hideki Matsuyama, Brooks Koepka and Rickie Fowler among today’s dynamic cast, the possibility these titans will time their runs together on the back nine of Sundays in majors excites.

We haven’t seen a real rivalry since Greg Norman and Nick Faldo sparred in the late '80s and early '90s.

Woods vs. Phil Mickelson didn’t really count. While Lefty will be remembered for carving out a Hall of Fame career in the Tiger era, with 33 victories, 16 of them with Tiger in the field, five of them major championships, we get that Tiger had no rival, not in the most historic sense.

Phil never reached No. 1, was never named PGA Tour Player of the Year, never won a money title and never dueled with Woods on Sunday on the back nine of a major with the title on the line.  Still, it doesn’t diminish his standing as the best player not named Tiger Woods over the last 20 years. It’s a feat so noteworthy it makes him one of the game’s all-time greats.

We’ve been waiting for an honest-to-goodness rivalry since Faldo and Norman took turns ruling at world No. 1 and dueling in big events, including the back nine of multiple majors.

While dominance is the magic ingredient that can break a sport out of its niche, a dynamic rivalry is the next best elixir.

Dustin Johnson looks capable of dominating today’s game, but there’s so much proven major championship talent on his heels. It’s hard to imagine him consistently fending off all these challengers, but it’s the fending that would captivate us.

Johnson vs. McIlroy would be a fireworks show. So would Johnson vs. Thomas, or Thomas vs. Day or McIlroy vs. Rahm or Fowler vs. Koepka ... or any of those combinations.

Spieth is a wild card that intrigues.

While he’s not a short hitter, he isn’t the power player these other guys are, but his iron game, short game, putter and moxie combine to make him the most compelling challenger of all. His resolve, resilience and resourcefulness in the final round of his British Open victory at Royal Birkdale make him the most interesting amalgam of skill since Lee Trevino.

Woods vs. any of them? Well, if we get that, we promise never to ask for anything more.

So, if that cosmic calendar up there isn’t filled, how about it? How about a year of rivalries to remember?