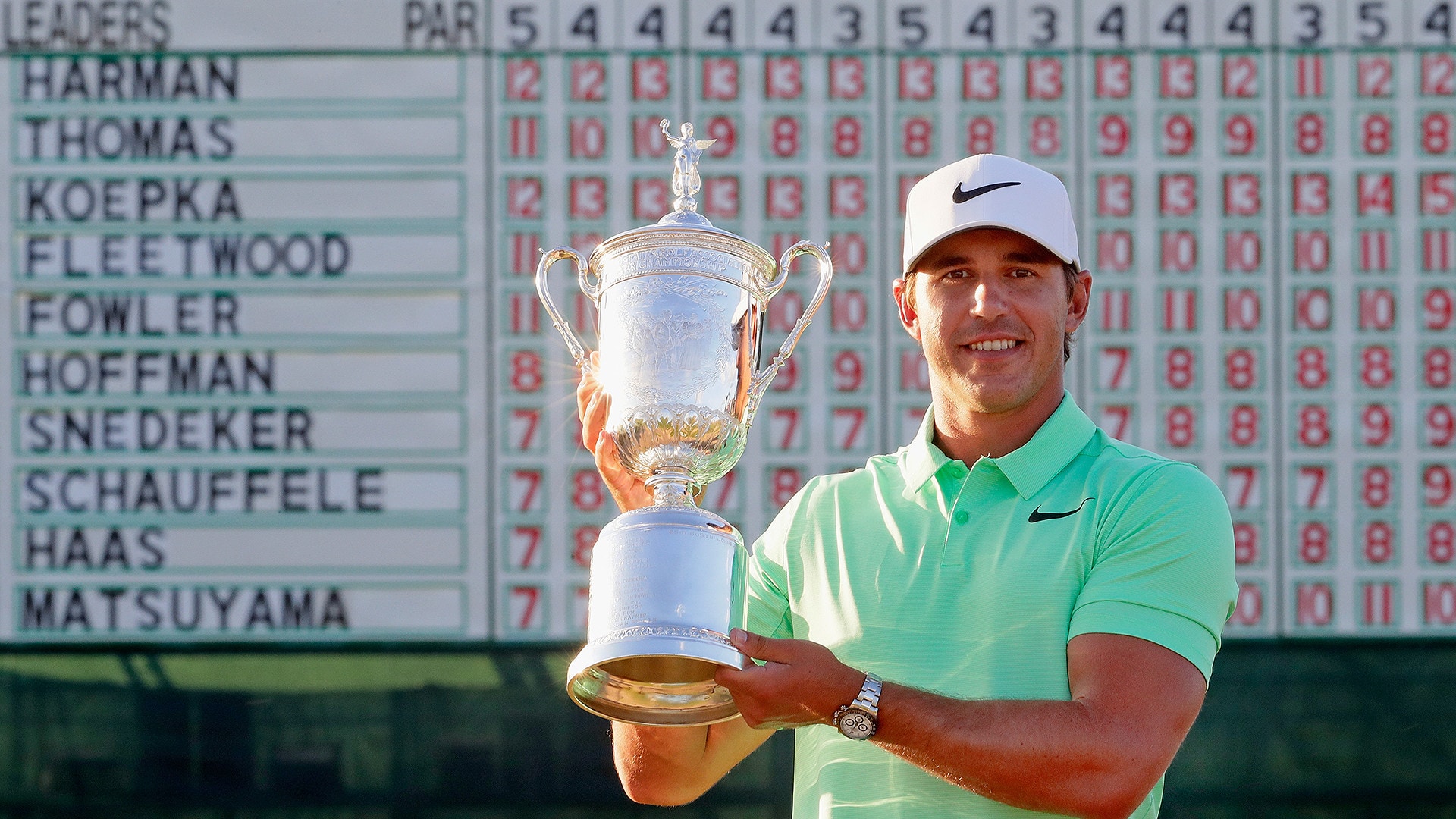 All those cocky smiles have to go.

It’s time the U.S. Open wipes them off the faces of today’s young pros and reasserts itself as the game’s Grim Reaper.

Shinnecock Hills is just the course to do it.

Of course, we want to see it done in all the best ways this championship historically has done that, because it’s been awhile since we’ve seen this event at its best.

While we once relished hearing players grumble and whine about the U.S. Open, the setup was so unfamiliar, so unrecognizable at Chambers Bay three years ago, we actually sympathized with the players who complained.

Desolate moonscape wasn’t a good look for a U.S. Open, nor were the dead greens.

We sided with the players again at Oakmont two years ago, with the greens pushed to “Fast and Furious” speeds that created a controversy when Dustin Johnson’s ball moved while he was over it with a putter in the final round.

We joined the players in their outrage, even as Johnson saved the USGA from a mutiny by going on to win, with the final seven holes played in a fog of confusion and uncertainty over whether he was going to be hit with a penalty.

And then the scales tipped too far the other way last year.

The U.S. Open was so much fun for so many players at Erin Hills, it wasn’t any fun for the rest of us.

Yet again, the setup was almost unrecognizable.

“It was a fun week to be a part of, but it is definitely not a U.S. Open, in any way,” Webb Simpson, the 2012 champion, said leaving Erin Hills a year ago.

He wasn’t alone thinking that.

Keegan Bradley loved it, but he felt like he was playing another major.

You didn’t have to see the widest fairways in championship golf to see how unrecognizable the U.S. Open became yet again at Erin Hills. You only needed to see the insolent smirks on big hitters’ faces, delivered so routinely, like waggles in part of their pre-shot regimens.

OK, maybe they weren’t smirking insolently, but the mind plays tricks remembering how much fun big hitters had lashing drivers with impunity. Brooks Koepka equaled the U.S. Open record, winning at 16 under. Justin Thomas shot 63 in the third round, his 9 under total the lowest round in relation to par in the championship’s history.

So along comes Shinnecock Hills, like a knight equipped to rescue the USGA, to restore the championship’s dignity.

Here’s hoping USGA executive director Mike Davis can finally deliver his masterpiece example of why his vision of the U.S. Open as the “ultimate test” works.

Shinnecock Hills is an American classic, one of the five founding-member clubs of the USGA. It’s the perfect venue to right what’s wrong with the U.S. Open, but it’s all about setup, conditions and weather this week. It’s all about Davis getting his vision of the championship exactly right.

Shinnecock Hills can be a brute, but it can be pushed beyond fair, as we saw at the 2004 U.S. Open, when play was suspended in the final round after the seventh green became unplayable, too firm and too fast.

Here’s hoping it wipes the smile off the face of every player but the winner’s this week, that it does so in a way that won’t allow us to empathize with the grumbling and whining a severe test always brings.

Here’s hoping the USGA isn’t the story this week, that the winner’s story is riveting and compelling, and that the action is so dramatic it revitalizes the U.S. Open as worthy of being called the game’s ultimate test.