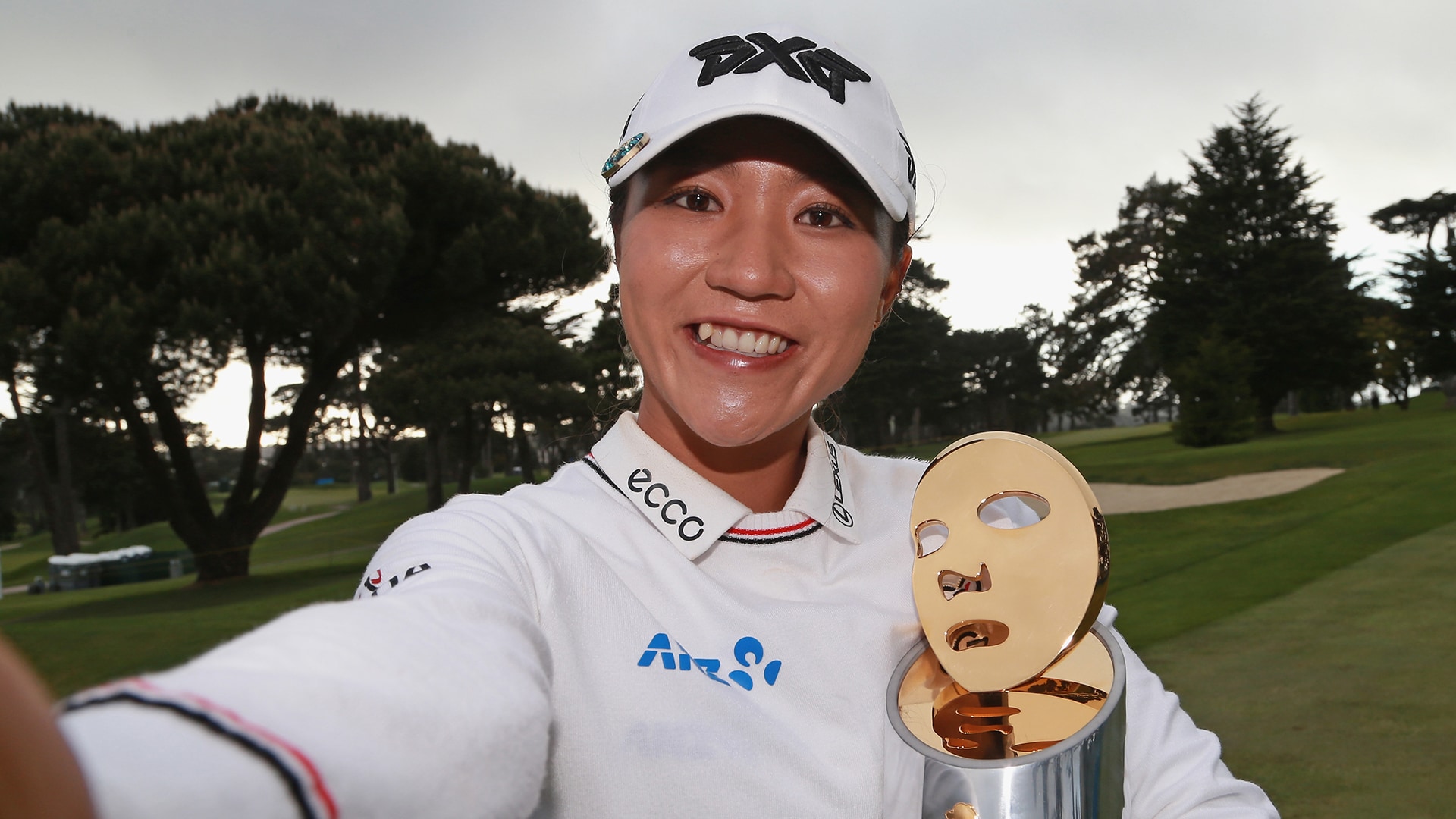 Tour pros, like other athletes, live in dog years now.

A good year? Who knows? Because the old question, “What have you done for me lately?” is outmoded in a world spinning so much faster than it ever did. “What are you doing for me right now?” is more apropos.

That’s what Twitter, talking heads, blogs, hot takes, and, yes, Randall’s Rants can do to the space-time continuum in which athletes exist.

She won 14 times in the first four years she started playing LPGA events. Wow, those years flew by. But the last 21 months leading up to Sunday’s victory at the Mediheal Championship? They must have seemed like 21 years to her.

We were all in a rush to figure out what was wrong with the greatest teen phenom in the history of the women’s game. That’s not mean-spirited. It’s journalism. When a player wins, we analyze what went right. When a player loses, we analyze what went wrong. It fuels interest in the sports we love. It fuels understanding, when it’s done right, but it can drive athletes crazy.

Sometimes, athletes must want to ask if we can all just slow down some of the knee-jerk reactions. Can we show a little patience on social media?

That would be nice, but the answer, of course, is no - absolutely not. That’s like trying to hold back Niagara Falls.

The challenge for today’s tour pros is slowing themselves down amid the maddening rush around them. It’s believing in the pace that suits them when the rest of us are in such a hurry to fix what we think is wrong with them.

It has to make the mental side of tour golf so much tougher today.

Arnold Palmer, in his prime, didn’t have his swing analyzed on a TV network devoted to golf (though he later helped build one). Jack Nicklaus didn’t have a Golden Bear Tracker analyzing his every shot on Twitter. Bobby Jones and Mickey Wright didn’t have that kind of unrelenting attention, either, but they both struggled with the scrutiny that came with expectations they should win every time they teed it up.

Players from the game’s golden eras wonder why a pro needs a sports psychologist. The better question might be why a pro today doesn’t have more than one. The doubts social media spawns are like swarms of bees.

Two months ago, Ko deleted her Twitter account. She said it wasn’t because of the mounting criticism after  yet more changes to her team, with Ted Oh added as her newest swing coach and Jonnie Scott as her newest caddie. But about the same time, she began saying, quite politely, that she wasn’t reading stories about herself anymore.

Ko seemed to be trying to slow down her world. She did manage to give us all pause earlier this year, saying she thought we were too preoccupied with winning. Of course, even as mind bending as that idea was for sportswriters, we didn’t pause long.

It’s clear, though, that Ko did pause, that she was trying to stick to the pace that suited her instead of everyone else.

Ko turned 21 just last week, but she keeps proving she’s old for her age. Yes, she’s slowing down, but maybe in the best way possible.