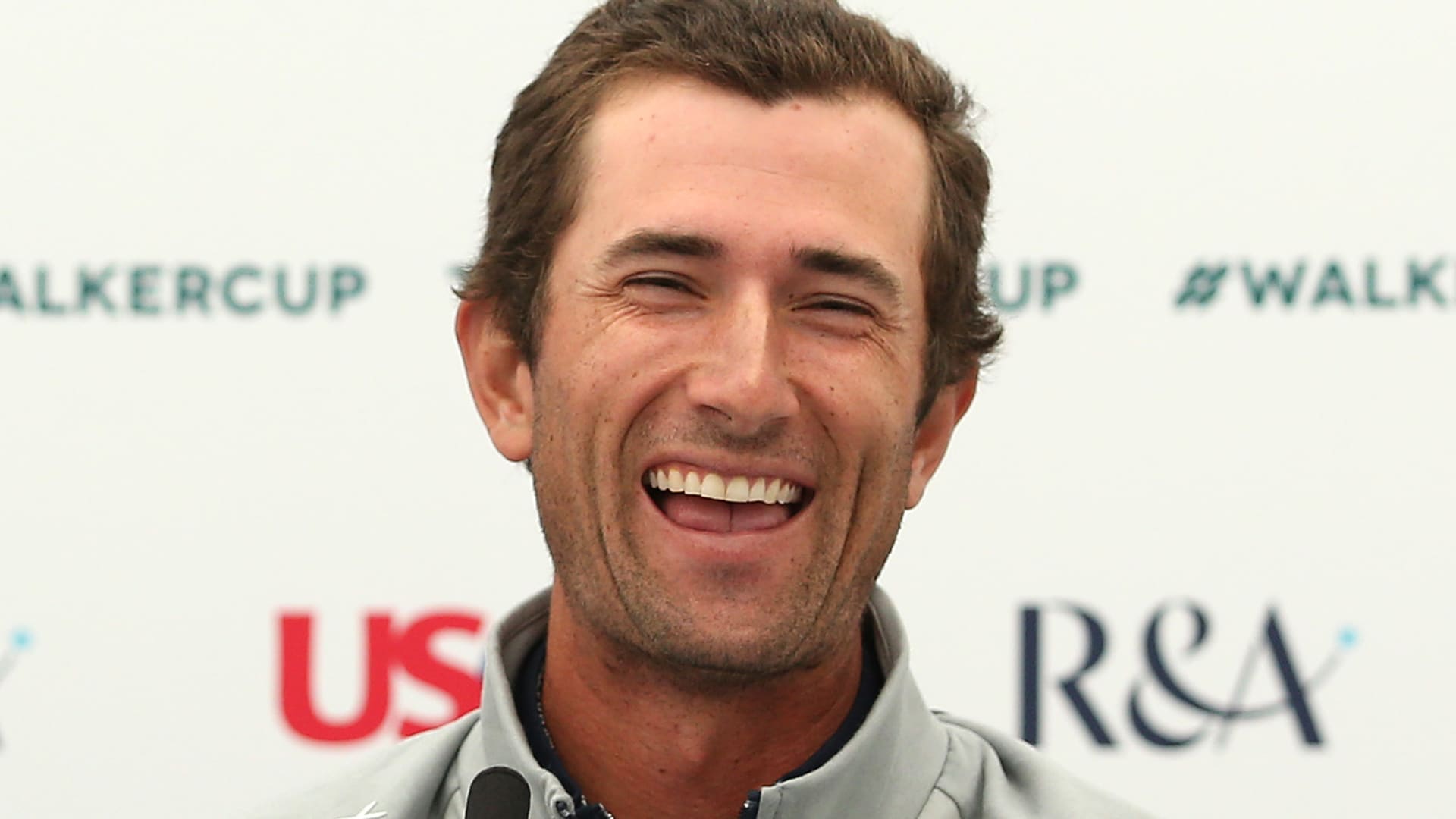 GolfChannel.com caught up with two-time Walker Cupper and 2016 U.S. Mid-Amateur champion Stewart Hagestad, and we literally asked him anything during an Instagram Live segment:

GC: If you could play one golf course for the rest of your life, what would it be?

Hagestad: “Seminole [Golf Club in Juno Beach, Florida] or National [Golf Links of America in Southampton, New York]. Yes, I’ve heard the Seminole vs. Pebble Beach debate, and to me it’s kind of a no-brainer. I don’t want to offend anyone up there [in Monterey], but Seminole, the wind blows different every day, the intricacies on greens … I just think it’s one of those places where the more you play it, the more respect you get for it. Not the easier or more challenging it gets, but the more hidden, little intricacies show themselves and reveal themselves. It’s a special place.”

GC: What goes on your pizza, hamburger and taco?

Hagestad: “Pizza is pepperoni. Burger is bacon and avocado. Ranch dressing across the board, too. Taco? Guac and lime juice. I’m also a soft shell guy day in and day out, but every now and then as a little spicy surprise I’m all-in on hard shells.”

GC: Back in college, did you ever get in trouble in practice or a tournament?

Hagestad: “In college? Shoot, about every other Tuesday. I was late to a tee time; that wasn’t great. … I was late to practice a handful of times. Freshman year, I missed a practice at the tail end of the fall. There’s a good story from my sophomore year. I was raised on Jimmy Buffet, my dad was a full-blown Parrot Head. It was on a Friday morning and practice was at Riv, so we went off 10 and played 11. I was a little foggy that morning. Our coach was there, Coach [Kurt] Schuette, and Schuette’s a big music fan, loves music. So, we go to first hole, I’m sure I made a total mess of it. Next hole I slap a drive out there and I’m sure I walked 20 yards past it, and he saddles up to me and is like, ‘You, uh, feeling OK?’ I’m like, ‘Yeah, feel great, happy to be here.’ He’s goes, ‘Did you go out last night?’ I’m like, ‘I gotta be honest, coach, I did.’ He’s like, ‘Oh yeah, what’d you get into?’ I’m like, “I actually went to a Jimmy Buffet concert last night with like 10 of my friends.’ And he goes, ‘oh, that’s awesome! How was it?’ Totally forgiven.”

GC: What drink are you getting at the bar?

GC: What’s the most nervy shot for you?

Hagestad: “A 20-yard pitch from a flat lie, with plenty of green to work with, Bermuda grass. I’d just putt it. The honest answer is I overthink it. The challenging, more difficult shots, your options get more limited. It allows your mind to focus. You can see it better. If there are more options, it’s more challenging to identify what the right shot is. The more simple a shot is the tougher because I don’t have as much of a clear shot.”

Hagestad: “Driving is Brad Nurski. He hits it on a string. Plenty of speed. I’d put him up against the college kids. Irons is Michael Muehr. Everyone knows his resume. He hits it great. Short game? Scott Harvey. Not even close. Putting … Kevin O’Connell. Kev can roll it really well. Mental Game is Michael McDermott. He doesn’t play the whole year and comes out and balls out.”