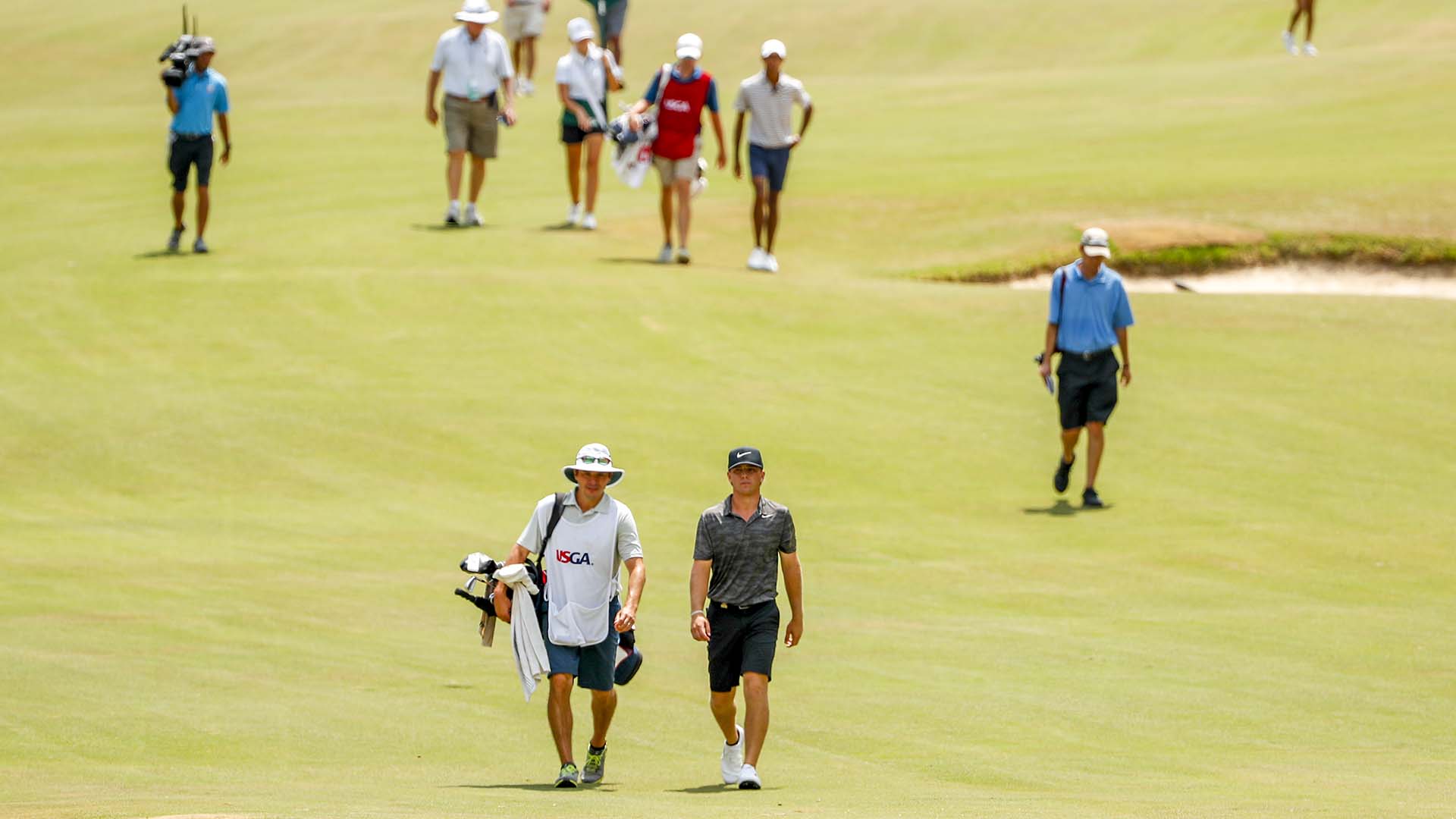 PINEHURST, N.C. – When setting his match-play lineup during the season, Vanderbilt coach Scott Limbaugh has two choices, both of them appealing. He can put out John Augenstein first, because he sets the tone. Or he can send him out last, because he’s unafraid of the big moment.

“I swear,” Limbaugh said by phone Thursday, “I’ve never teed off in a match and worried about John getting a point.”

No one else even sniffs that winning percentage.

This is instructive, of course, because Augenstein represents an intriguing test case here at the U.S. Amateur. The Walker Cup team will be finalized Sunday night, after the championship match, and the USGA committee can finally show that it doesn’t only take into account the World Amateur Golf Ranking (WAGR) and little else.

The Walker Cup selection process remains shrouded in mystery, but there appears to be roughly five players competing for the two final spots. So the USGA has this dilemma: Do you want to celebrate amateurism and a graduating senior who made one last run at securing a spot on the team (Chandler Phillips), or do you want to field the 10-man team with the best chance to win?

After all, the Americans are already facing an uphill battle next month at Royal Liverpool. Most of that is because of attrition on the U.S. side – Matthew Wolff, Collin Morikawa, Justin Suh and Will Gordon all turned pro this summer – but winning on the road has proven challenging. Four years ago, they suffered their worst-ever beatdown in the Walker Cup (16 ½ to 9 ½). And then in 2011, they lost even with a roster that boasted Jordan Spieth, Patrick Cantlay and Peter Uihlein.

Criticized in the past for a lack of transparency, the USGA made a few tweaks to its selection process, announcing three players early (Cole Hammer, Akshay Bhatia, Stewart Hagestad) based on their standing in the WAGR. But the blue blazers can prove that they’re considering all factors by taking a match-play specialist like Augenstein, who is lower in the WAGR than some of the other contenders (No. 38) and hasn’t necessarily played well of late – at least not until he’s shined here in the final audition, reaching the quarterfinals at Pinehurst No. 2.

“It’s no secret I haven’t had a great summer,” Augenstein said. “It’s one of those things that, from the outside, it doesn’t look good at all, but me going through it, I knew each week I was getting a little better and getting a little closer.”

Putting too much pressure on himself to impress U.S. captain Nathaniel Crosby, Augenstein finally decided to reset. “He needed to play with blinders on,” Limbaugh said. “He was letting external things get in his ears. And so I told him: ‘You’ve got to look at it like it’s the greatest opportunity that you’ve ever had. You’ve got to make it hard on somebody to tell you no.’”

Limbaugh had a hunch that Pinehurst was an ideal fit for Augenstein’s game, with the tight lies and severe runoffs. “You chip it better than anybody,” Limbaugh told him during the practice rounds. “It’s going to reward your ball-striking.”

The kid nicknamed “Flash” breezed through stroke-play qualifying and then easily dispatched his first-round opponent, 6 and 4. That set up a blockbuster Round-of-32 matchup against Bhatia, the much-ballyhooed 17-year-old who is turning pro next month. Augenstein led for all but four holes, winning, 4 and 2, and making yet another statement about his match-play prowess.

“The man-on-man competition, it just gets me going more than anything in the world,” Augenstein said. “It’s fun to beat another person. If I only have one person to beat, I feel like I’ve got a good chance.

“Mentally, I get myself in a pretty psyched-up position before I even start the round, telling myself things that are maybe untrue, but they’re true to me at the time.”

What kind of things?

Augenstein wasn’t ready to share his secrets. “I try to find the little nitpicky things that may bother me about someone else and try to beat them down,” he said.

There was plenty of motivation for his afternoon match, too. His Round-of-16 opponent was Ricky Castillo, the incoming Florida freshman who this summer reached the semifinals of the Western Amateur and rocketed up the world rankings (now No. 9). But Augenstein raced out to a 4-up lead through eight holes and held on for a 1-up victory, after a clutch up-and-down from right of the 18th green.

Standing behind the green to congratulate Augenstein was the U.S. captain. “I think John has really made a case for himself,” Crosby said. “He’d make all the decision-makers happy if he went on to advance further and possibly win. But he’s built a really nice record for himself. He’s a fighter. He’s a real competitive guy.”

That was apparent during the Walker Cup practice session late last year, when Augenstein teamed with Alex Smalley and shot 61 in alternate shot the first time they saw The Bear’s Club. That got the captain’s attention – and so did Augenstein's competitive fire.

“We dubbed him the John McEnroe of the group,” Crosby said, laughing. “A big personality. Once you get past the violent mood swings, he’s a wonderful guy.” 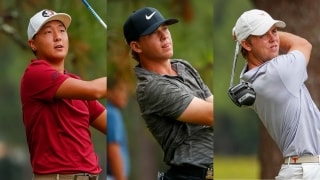 Here’s a closer look at those players believed to still be in the mix for a Walker Cup spot, listed in order of credentials.

Crosby might be the captain, following these players around the globe for the past year and a half, but he’s also just a figurehead. He doesn’t have a vote in the ultimate decision. He can only offer his input and hope the committee listens.

There should be plenty to discuss after Augenstein’s heroics Thursday – enough that he should be a lock to make the team no matter what happens the rest of the week.

“All the boys know who he is and the competitor that he is,” Limbaugh said. “He finds ways to get it done, and he’s going to beat that guy by any means necessary. Every team that’s ever existed has needed that.”

Vanderbilt's John Augenstein has decided to forego his final semester at Vanderbilt and turn professional. 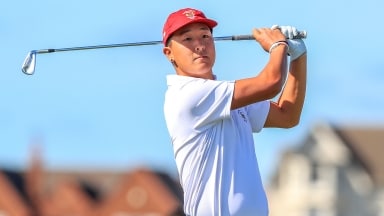 For a while it looked like GB&I was going to run away with with the Saturday singles matches, but the U.S. trusted the process to fight back and keep within striking distance.