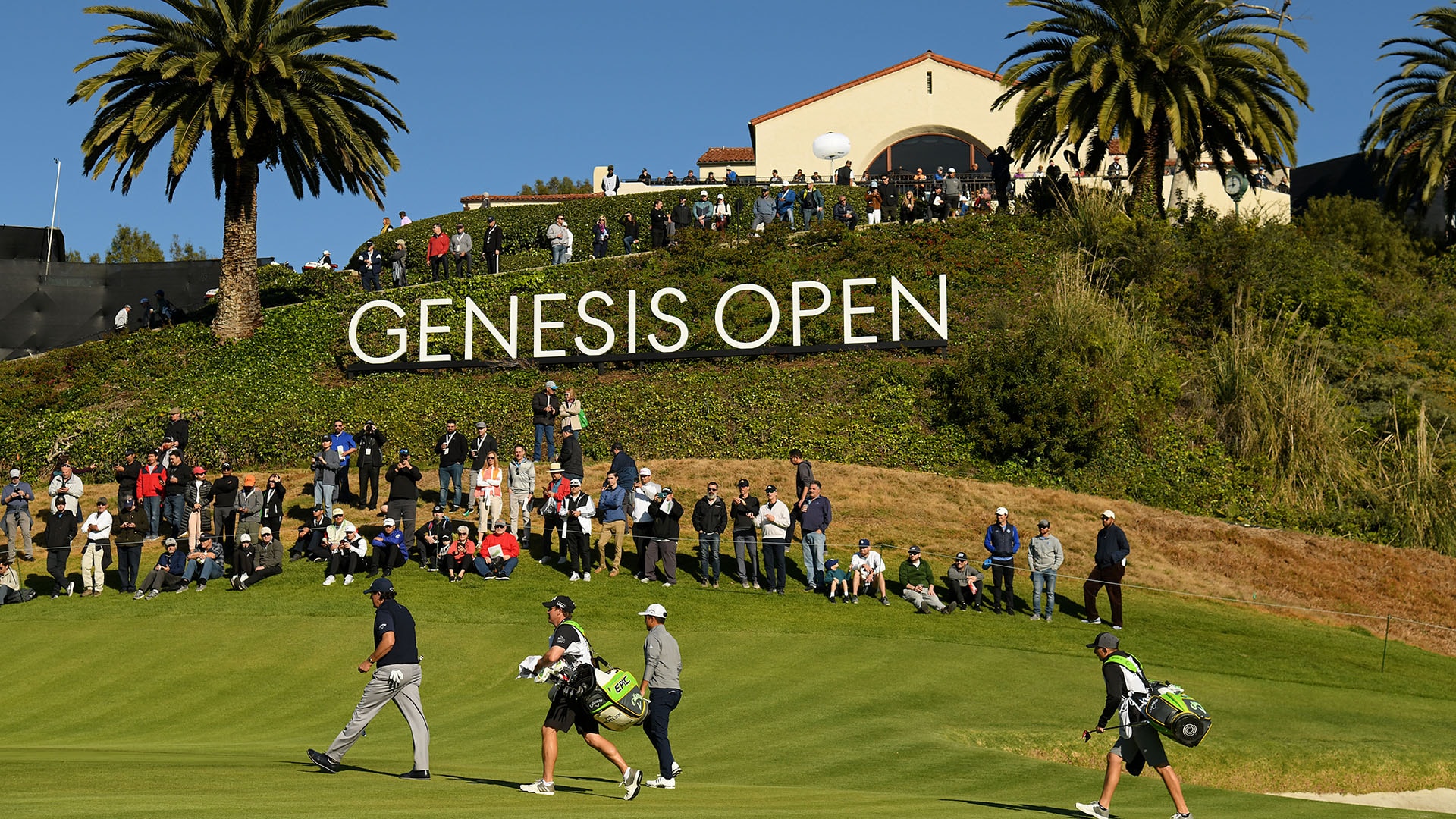 LOS ANGELES – A two-day race to beat darkness is officially underway at the Genesis Open.

The revised timeline means the final group featuring co-leaders Justin Thomas and Adam Scott, along with third-place J.B. Holmes, will begin the third round at 8 p.m. ET. That would leave them with just 40 minutes of daylight before sunset, meaning the leaders likely won’t play more than three holes before darkness Saturday night.

The field would return to complete the majority of the third round Sunday morning, and with no time to re-pair for the final round players will simply continue straight into Round 4 in their current groupings.

Other notable third-round tee times include tournament host Tiger Woods, who trails by 10 shots and will begin the third round off No. 10 tee at 6:40 p.m. ET alongside Cody Gribble and Peter Malnati. Phil Mickelson is also at 1-under 141 and will play the final two rounds with Freddie Jacobson and Cameron Smith at 7 p.m. ET off No. 10, while Rory McIlroy and Jordan Spieth will headline a popular trio at 7:40 p.m. ET off No. 1 that will also include Kyle Jones.