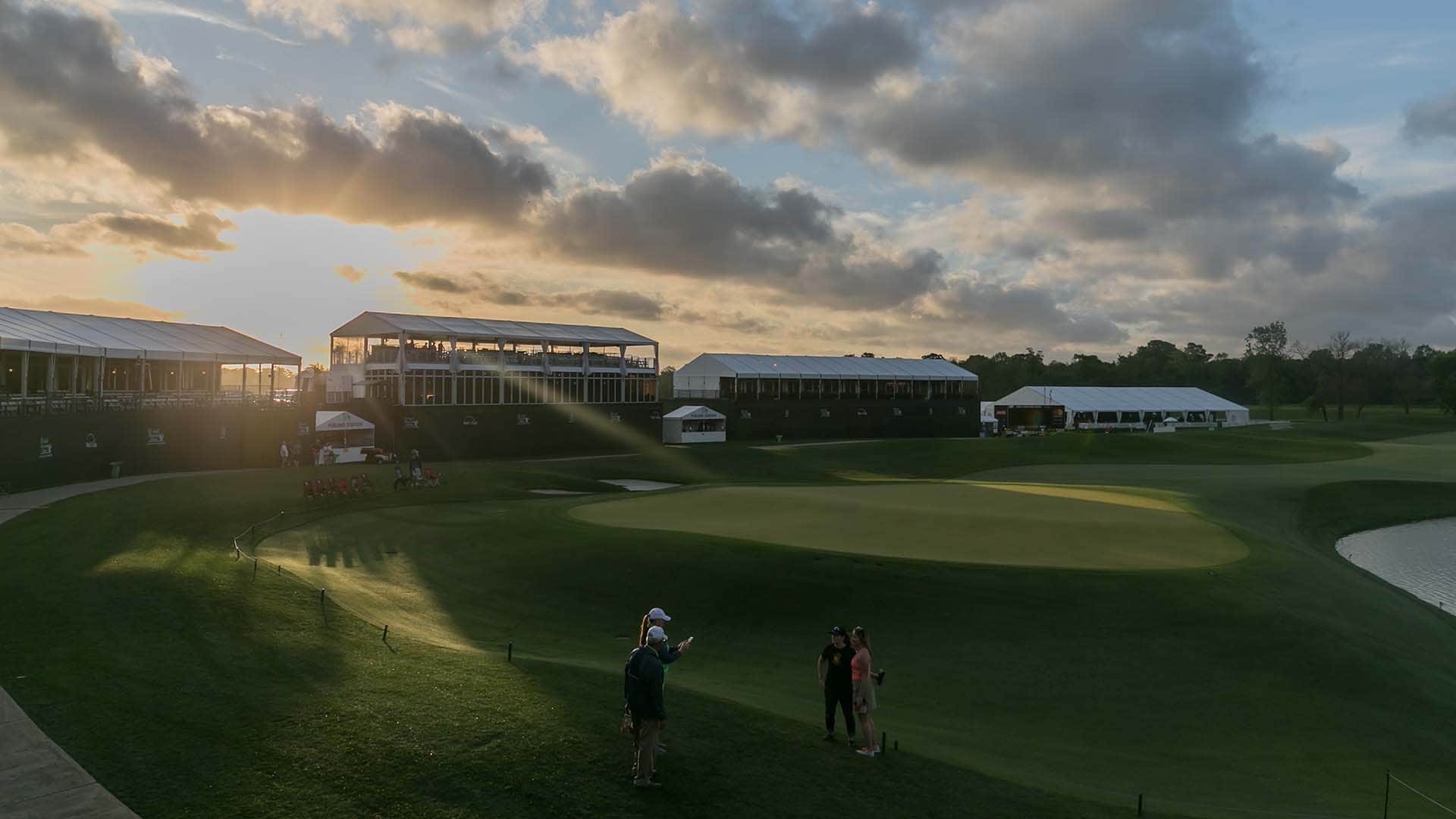 A Houston Open champion will be crowned on the Golf Club of Houston's 18th hole for the final time Sunday, a sendoff that wouldn't have been possible a month ago.

Tropical Storm Imelda dropped about 18 inches of rain on the property over the course of a few days in mid-September, flooding most of the first and 18th holes on the tournament course. The damage wasn't nearly to the extent of Hurricane Harvey, which hit the area in August 2017, but it was enough to keep the holes flooded for nearly three days, according to Brian Buckner, director of agronomy at Golf Club of Houston.

Buckner posted several images of the flooding, adding that the bayou that runs through the course had only flooded twice, for Harvey and Imelda.

But thanks to hard work from Buckner, whose own house was flooded during Imelda, and his team, Nos. 1 and 18 are ready for Golf Club of Houston's final PGA Tour event.

It will be a different course than in years past as the tournament has transitioned from its week-before-the-Masters date to its current fall slot. Gone is the ryegrass. Gone are the shaved runoffs around the greens. In is Bermuda grass and more rough.