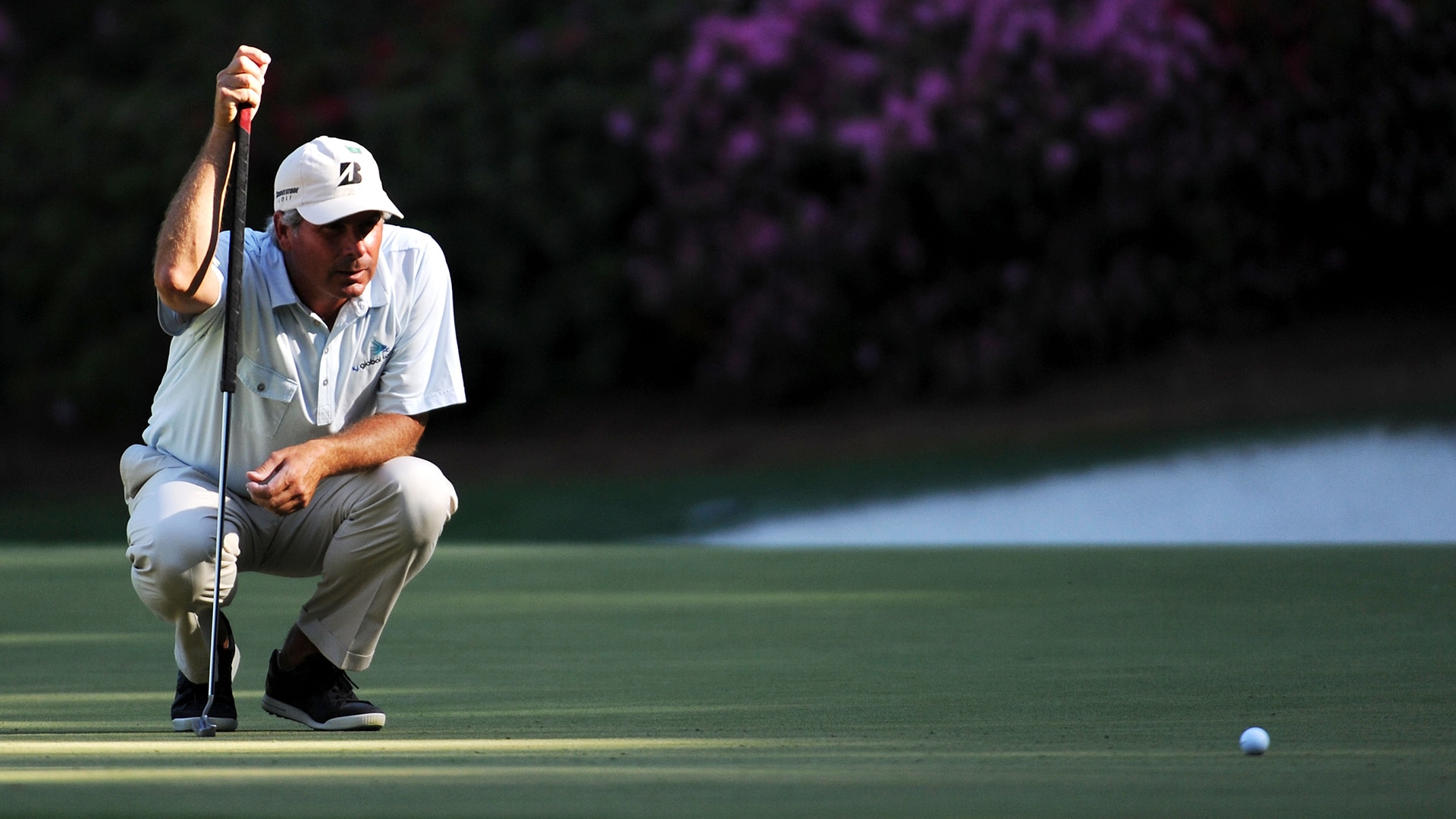 Ten years ago, Fred Couples had just shot 6-under 66 around Augusta National – at age 50! – to take the first-round lead at the 2010 Masters.

While his competitors were all looking up at Couples, it seemed everybody else was staring down.

“I'm getting more attention for my shoes than making pars and birdies,” Couples said, recalling the spikeless pair of Eccos he wore that week – sockless, no less.

“When did that start?” asked one reporter after the round.

Wrote Larry Dorman of the New York Times: Fred Couples snapped more than a few heads back as he strolled around sockless in tennis shoes and did an old soft-shoe on the course.

“Fred Couples golf shoes” was the fourth most-searched term on Google that week.

“I would hit a tee shot on the first tee and I would be halfway down the fairway and people weren’t yelling about my swing, they were yelling, ‘How do I get those shoes?!’” Couples said. “It was kind of comical. … I’m trying to play the golf tournament, and everyone is worried about the shoes that I’m wearing.”

Couples, the 1992 Masters champion, entered Sunday five shots back of leader Lee Westwood, but quickly closed the gap with two birdies in his first three holes. He eventually finished sixth, seven back of winner Phil Mickelson, starting an impressive and improbable streak of six top-20 finishes in eight years at Augusta National.

That week also is considered the launching point for spikeless footwear, nearly obsolete at the time but now worn by countless Tour pros. 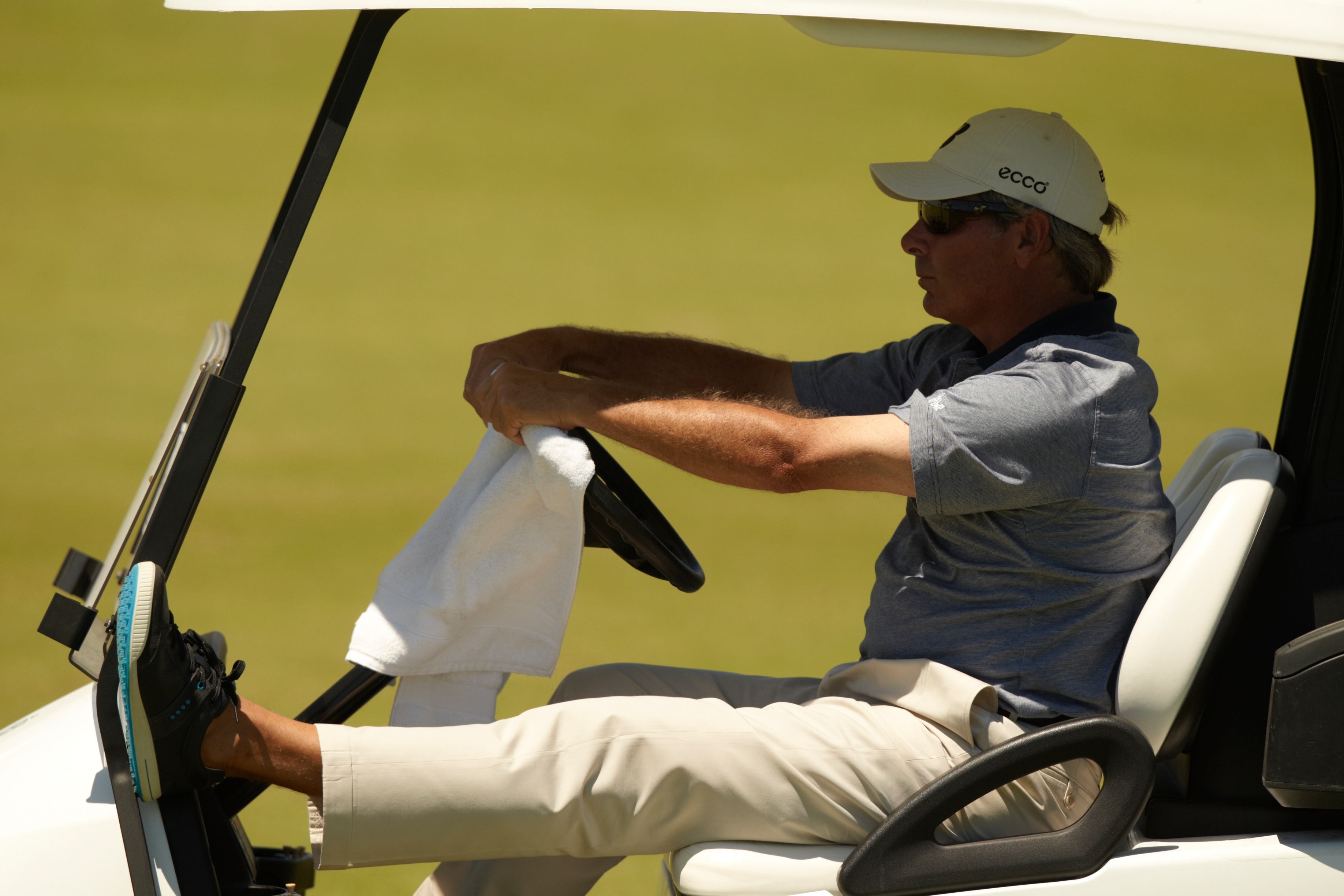 Long regarded as one of the coolest cats in professional golf, Couples doesn’t consider himself a trendsetter. “I don’t look at it as I started something,” he said. “I just wore them because they were comfortable.”

Couples first began wearing the original Ecco Golf Street shoes in November 2009 after his buddy, a pro at The Palms Golf Club in Palm Desert, California, told him to drop by the shop and try on a pair. While spikeless footwear was at the time intended for club pros to wear while teaching or walking the course, the shoes quickly became a fixture for Couples on the course.

Couples, who has battled serious back issues since the mid-1990s, loved how infrequently he had to bend down to change his shoes. And like his tennis shoes, he laced them tight and didn’t wear socks.

He took three pairs of them to Hawaii for the Champions Tour opener that February. That's when “all hell broke loose.”

“People started calling them deck shoes, boat shoes, walking shoes,” Couples said. “And I said, ‘Yeah, you’re correct, you can do all that in these shoes.’”

It helped that Couples finished second that week, and then won three straight senior events to follow before heading to Augusta. By that time, a photo of Couples sitting in a golf cart during his win at Cap Cana, his feet up and showing his lack of spikes, had circulated throughout the golf industry. Everyone wanted his shoes, and Ecco sold out numerous times. 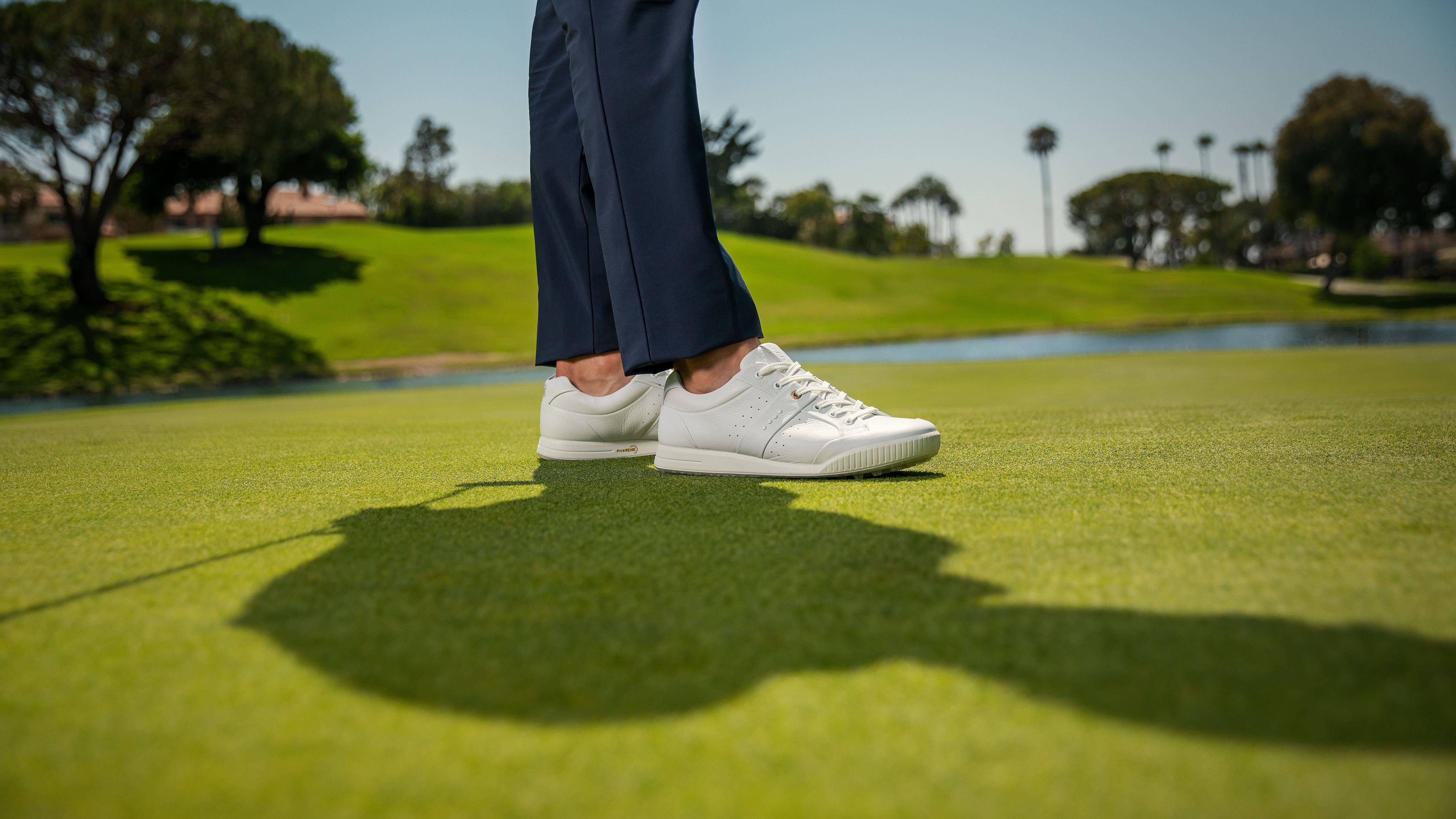 Now, 10 years after tennis-shoe-mania, Ecco is re-releasing the shoe that Couples made popular. The Street 10 ($150) is now available in four colorways, including a limited-edition, all-white version ($230). Much of the new shoe harkens back to its predecessor, but the updated hybrid does feature a new midsole material, Phorene.

“The revolution is back,” said Couples, now 60, who plans to wear his new kicks when the Masters is – hopefully – played this November.

It will just be hard to turn nearly as many heads as he did in 2010. 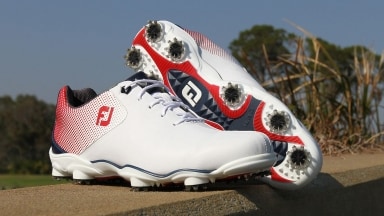 FootJoy has launched the latest version of the DNA (DryJoys Next Advancement) franchise, the DNA Helix. 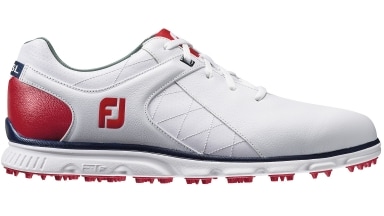 Just in time for the U.S. Open, FootJoy is debuting a special limited-edition red, white, and blue ProSL golf shoe.