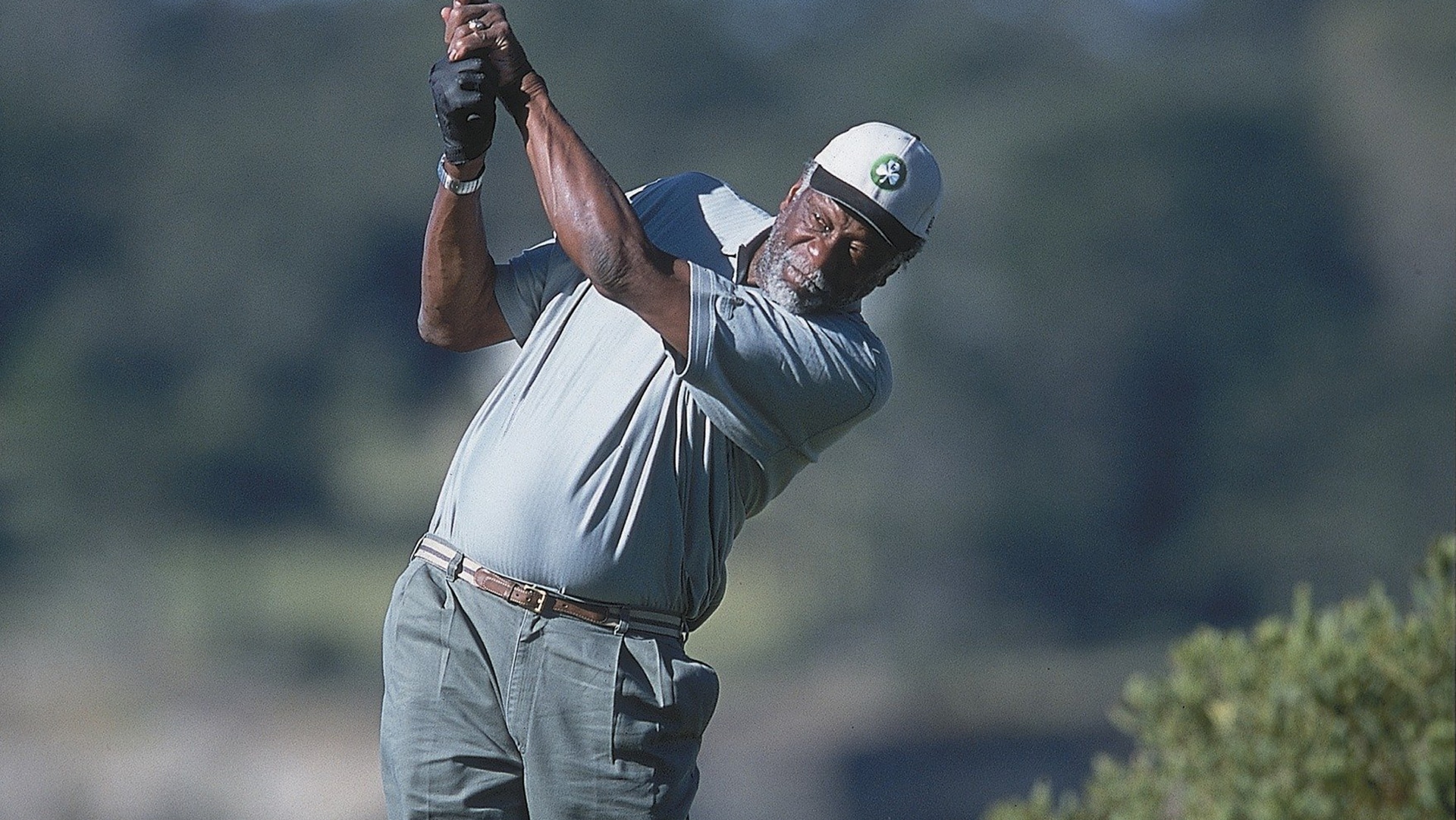 The NBA Hall of Famer, considered by many to be the sport’s greatest player (and certainly big man) of all-time, is best known for winning 11 championships in 13 seasons with the Boston Celtics, including eight straight from 1959 to 1966. The 6-foot-10 center was a five-time MVP, 12-time All-Star, two-time NCAA champ at the University of San Francisco and an Olympic gold medalist in 1956. He also was awarded the Presidential Medal of Freedom in 2011.

It wasn’t until after his playing career ended, though, that he took up golf.

Speaking with GolfChannel.com’s Rex Hoggard in 2014, just months after undergoing open-heart surgery, Russell explained how he got started in golf. It was either his first or second All-Star Game – he couldn’t remember – and he and the other competitors were gifted sets of golf clubs.

Russell, however, wasn’t at all eager to break in his new set.

“I immediately put them in the garage,” said Russell, who didn’t retrieve them for years, until after he had hung up his basketball shoes.

“When I got older, I had some time, so I thought, maybe I’ll play golf,” he added. “So, I got the clubs out and they were right-handed. I didn’t even know that all that time.”

When he finally bought himself a left-handed set, Russell scratched his competitive itch in matches against friends. But the quality of golf displayed by those early foursomes, Russell admitted, weren’t exactly pretty.

Later on, Russell played in several pro-ams, including the PGA Tour's annual stop at Pebble Beach, and occasionally with avid golfer Michael Jordan. One such round during Jordan and the Bulls’ heyday produced one of the best smack-talk stories – and making the tale even better, Jordan, for once, was on the receiving end.

As Russell once told it: “I think he is a great player and I have the ultimate regard for him. We were out in the middle of the golf course; they had just won the championship. He says, ‘You know we’re going to go after your record.’ I said, ‘Which one?’ … You know, we won 11, but we won eight straight. I don’t think you’ll live long enough to get either one of those.”

When Russell had surgery to replace a valve in his heart, he was on the golf course just about every day. After the operation, it took months for Russell to get back to playing.

“My heart wasn’t too friendly about that,” he said. “It hasn’t been much loss, though. I never was that good anyway.”

He wasn’t good on the hardwood, either. He was great. All-time great. 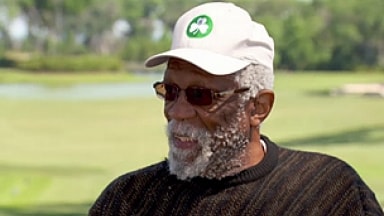 Bill Russell, who has more NBA rings than fingers, talks titles and golf in For the Record.