Remembering the greatest round in Players history that never was 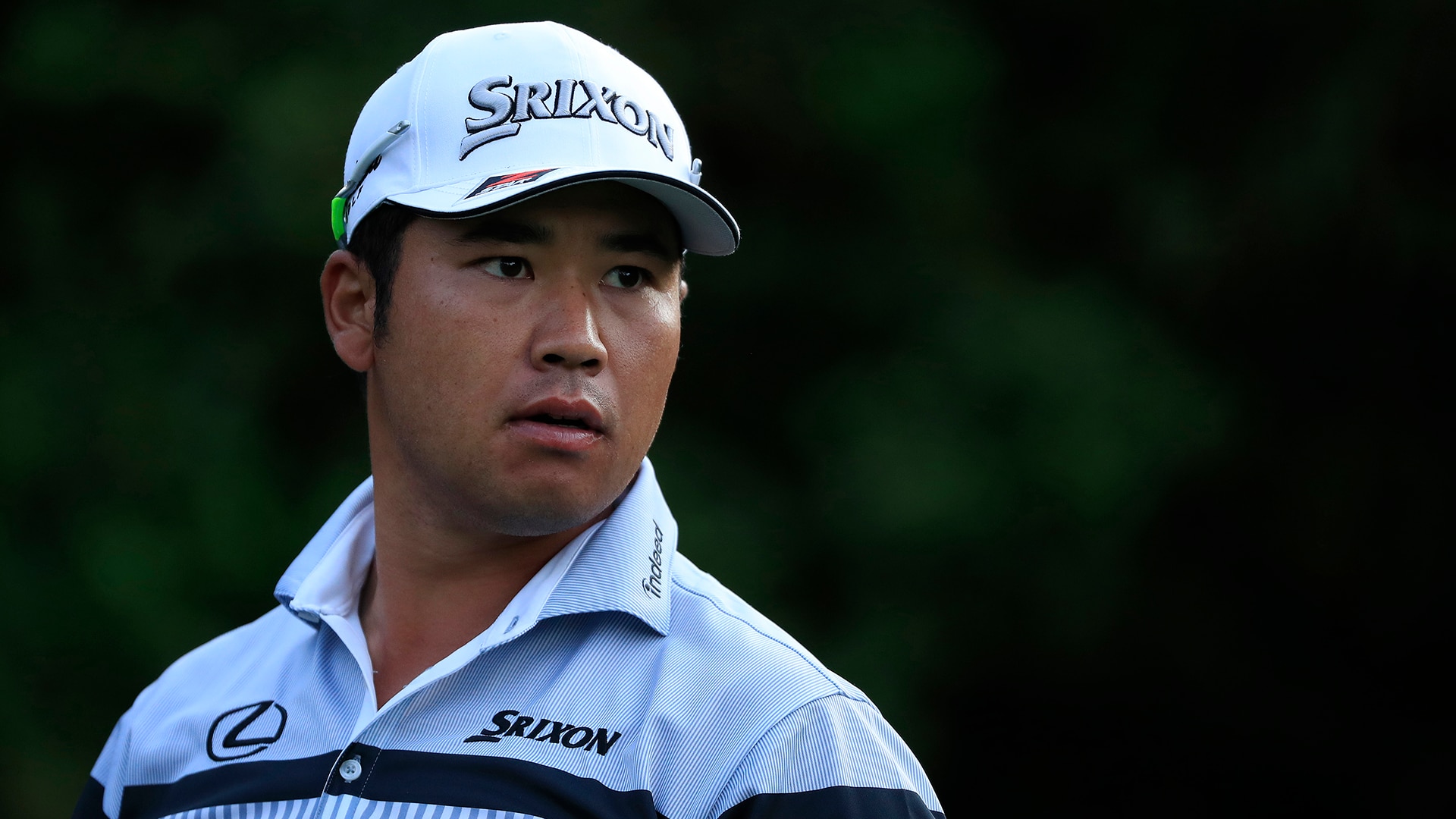 PONTE VEDRA BEACH, Fla. – It was the greatest round in Players Championship history that never was.

Lost as a marvelous footnote among the countless retrospective stories this week about the PGA Tour’s 2020 shutdown is Hideki Matsuyama’s opening-round masterpiece as the COVID-19 storm built.

While Tour officials wrestled with the pandemic and how their flagship tournament would be impacted, Matsuyama was out early on the Stadium Course on a perfect Thursday morning alongside Patrick Cantlay and Patrick Reed. Although technically a “featured group,” the early hour combined with the mounting uncertainty left few to witness Matsuyama’s magic. Those who were there were treated to a show.

Matsuyama, who started his day on No. 10, began his round with four consecutive birdies and turned at 3 under.

Matsuyama, 29, was even better on his closing loop with birdies at Nos. 2, 5, 6 and 7. With his ubiquitous media throng outnumbering the fans who had gathered around the ninth green to watch the Japanese golf icon finish his historic day, Matsuyama rolled in a 25-footer for eagle, what he called “the best putt of the day,” for a course record-tying 63.

“I remember I thought he couldn't make any more birdies, and then he eagled the ninth hole to finish off the day and shoot 63,” Cantlay said. “I thought I had played pretty good and shot 67, and he beat me by a few. I remember he just played an almost perfect round of golf.”

In real time, so many things were happening. Tour officials announced just as Matsuyama was completing his round the unprecedented move to play Round 2 without fans and with a vastly limited volunteer footprint.

“It will be strange tomorrow. I think all of us will have to go back to our college days to play without a gallery,” Matsuyama said at the time.

Despite the building uncertainty, Matsuyama adhered to his strict post-round routine. He went to the range, hit more balls and then moved to the practice putting green.

Although the round has been expunged from the circuit’s ShotLink achievements, what we know of Matsuyama’s card is impressive. He hit nine of 14 fairways, 15 of 18 greens in regulation and led the field in strokes gained: putting, which is quite an accomplishment for a player who hasn’t ranked better than 78th in that category in his career.

“It wasn’t easy. I remember the wind picked up late in the round and it being one of the best rounds I’d ever seen,” said Josh Gregory, Reed’s performance coach, who walked with the group that Thursday. “That 63 was really good and it didn’t look like he was going to back down.”

Matsuyama has declined numerous interview requests to talk about his opening round last year at TPC Sawgrass. His thoughts, according to his longtime interpreter Bob Turner, are that the round is a non-story.

“It was one of those rounds where everything went right,” Turner recalled. “Probably the best he played all last year. Ball-striking, making some putts, it was fun to watch.”

Matsuyama’s 65 was the best round of the day by two shots and tied the likes of Fred Couples, Greg Norman, Jason Day and Brooks Koepka for the best round on the Stadium Course. It also set the five-time Tour winner up for what could've been the biggest win of his career.

While the western world annually debates The Player Championship’s status as a quasi-major, for Matsuyama the event ranks alongside the proper Grand Slam stops. The historically slow-starter had to have been encouraged by his Thursday performance.

“We thought it was a good start at an important tournament and thought this might be the week. Whenever he starts well he usually knows how to finish,” Turner said. “We were pretty excited until Thursday night when the news started coming in.”

The news wasn’t good for the Tour or anyone else. Around 9:30 p.m. the circuit sent out a text message to players that the event had been canceled, along with the next three tournaments on the schedule, because of the pandemic.

Matsuyama drove home to Orlando, Fla., the next day and waited a few days before he and his family flew back to Japan to ride out the quarantine. After returning to the Tour in June at the RBC Heritage, he finished the season with just a single top-10 finish.

“Of course he was disappointed but he didn’t show it,” Turner said. “Thinking back he’s mentioned that it was bittersweet. It was a great round but it ushered in a whole year of a new normal.”

Returning to TPC Sawgrass has stirred mixed emotions for many this week. The vast majority remember where they were and what they were doing when the Tour finally pulled the plug. For Matsuyama, however, there are the added feels of having gotten off to such a fast start at an event that means so much to him.

He will be paired for Rounds 1-2 this week with Harris English and Si Woo Kim, who were also tied for second place after the first round last year.

“If I felt for anyone last year because of all this, it was Hideki,” Rory McIlroy said. "That was obviously a hell of an opening round."

It was the greatest round in Players Championship history that never was.